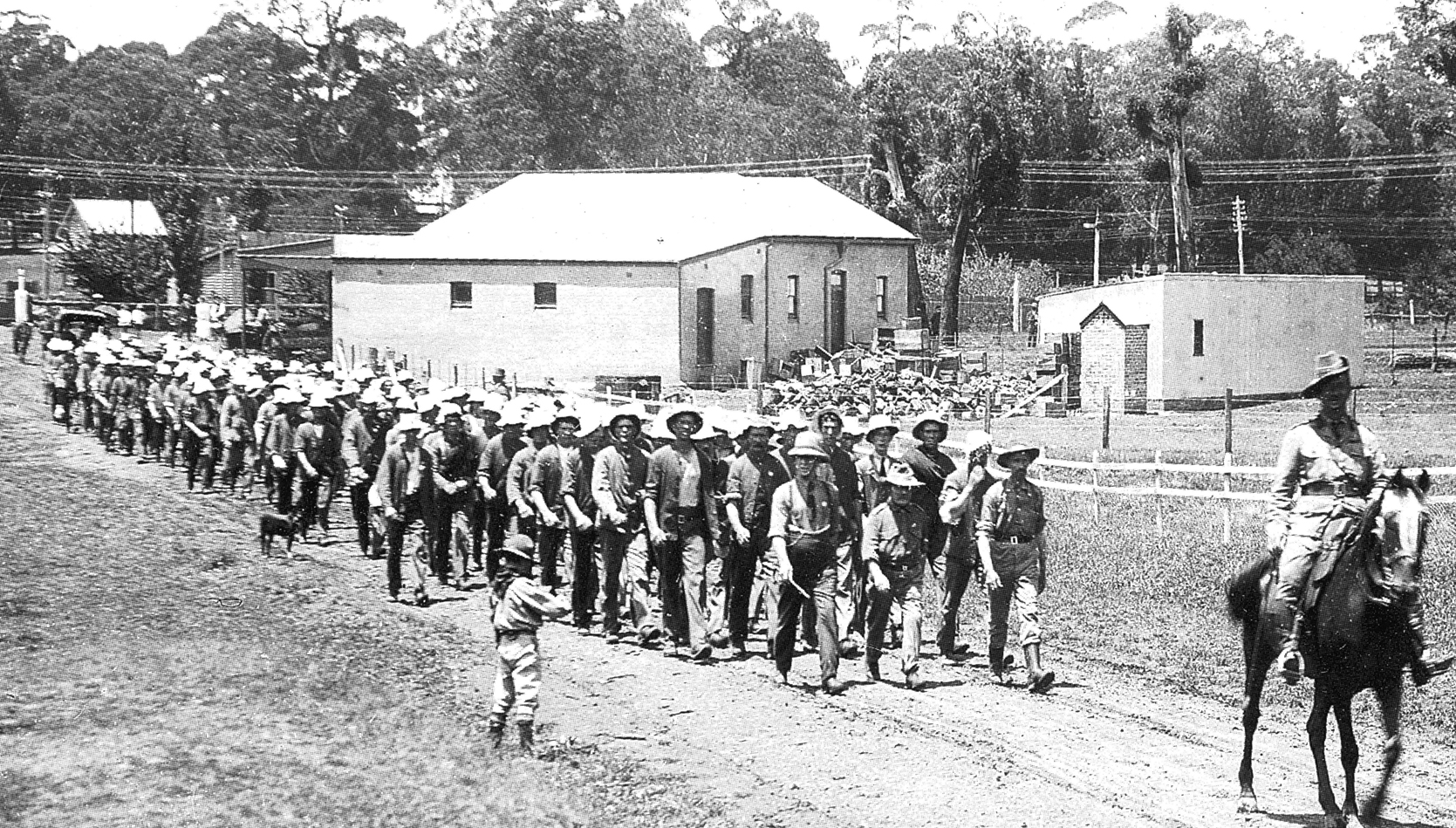 Organisers of this year’s Kangaroo March Re-enactment are looking for participants to take part in a promotional video shoot this Sunday 15 February.

The film shoot will be used by a major commercial network in the lead up to the September Centenary Re-enactment.

The Recruitment March Re-enactment traces the original route of 1915.  The month long march will start in Wagga Wagga on the 5 September and cover 524 kilometres, making its way through the Southern Highlands, before culminating in Campbelltown on 10 October 2015.

Organisers of the Re-enactment March are inviting local schools, community organisations and individuals from across the Southern Highlands to take part in the event, and in doing so pay tribute to the selfless courage and sacrifice the original volunteers and their families demonstrated a century ago.

Sunday’s promotional video shoot will be held from 9am to 12 noon and travel 400 metres down Bundanoon’s Railway Parade concluding at Anzac Parade.

Participants wishing to take part in this Sunday’s promotional film shoot are asked to meet at Railway Parade at 9.00am sharp for marshalling instructions.

During the three hour mini-march, Railway Parade will be temporarily closed to through traffic.