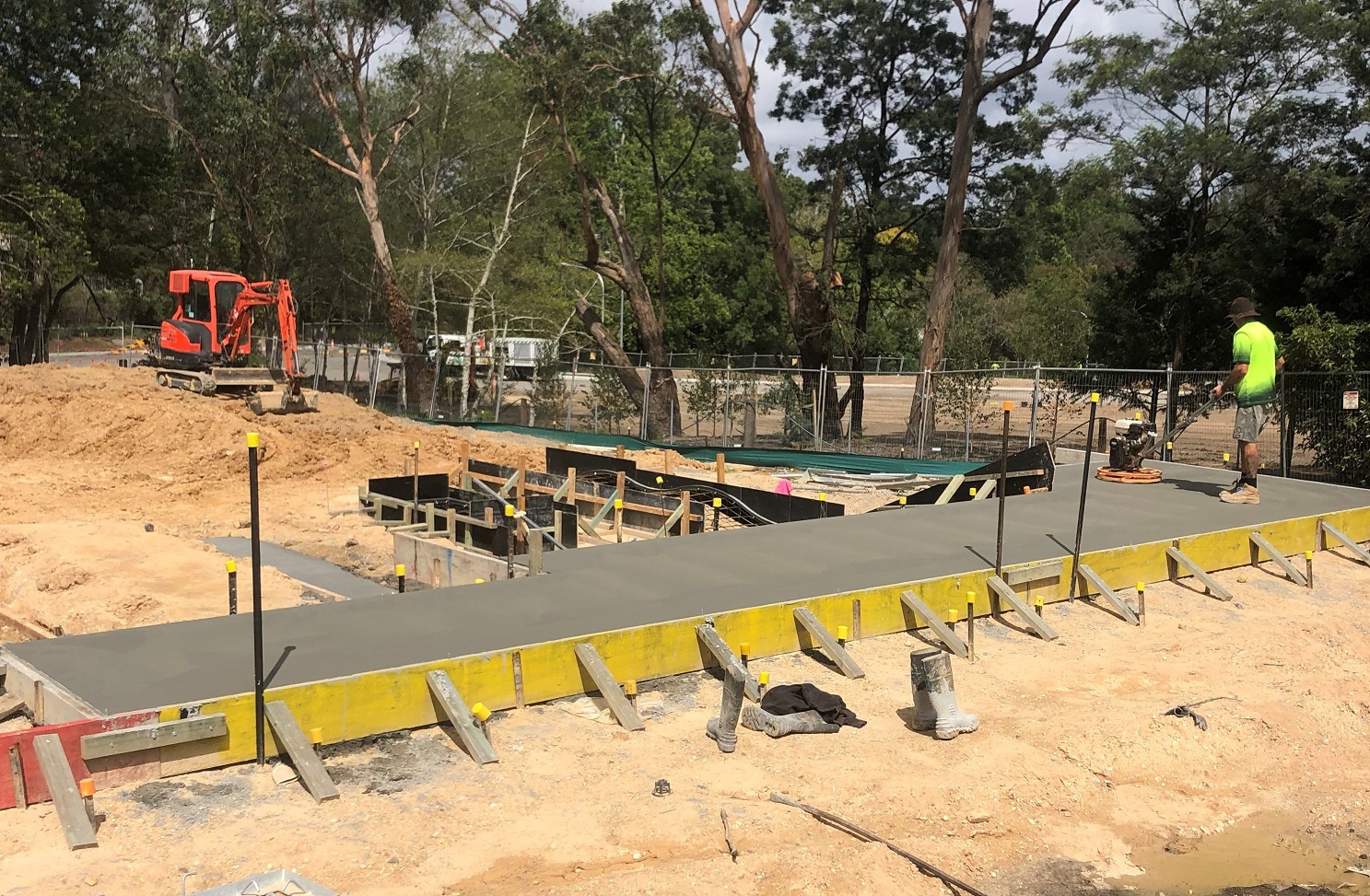 Construction on the long-awaited Bundanoon Skate Park has recommenced following the disruption caused by the summer bush fires and record rains.

Council’s Group Manager of Capital Projects Ned Tripkovic is confident the finished project will be warmly welcomed by the village’s youth.

“The kids had previously been making do with some makeshift equipment on the existing basketball court so when completed this purpose-built skate park will be a huge improvement,” he said.

“On completion the park will cater to skaters of all abilities offering a wide range of surfaces and tracks.”

Mr Tripkovic said the construction team was working to overcome the delays caused by the fires and rain.

“Unfortunately the intervention of the Morton Fire and then the rains meant we had to push back our schedule by a couple of weeks,” he said.  “Weather permitting we’re hoping to have the project unveiled in early April.”

“That being said we don’t want to rush this stage of the project,” Mr Tripkovic added.

“As all skaters know the concrete surface is the most critical element of any park so it’s imperative that the final finish is flawless,” he said.  “We’re therefore asking that everyone stay clear of any freshly laid concrete until it’s cured and sealed and open to the public.”

Further amenities to be incorporated in the construction include the installation of seating and shelter, waste bins, water bubbler and dual basketball/netball ring on the adjacent netball court.

Mr Tripkovic said despite the delay the project had been a delight to work on.

“The youth of Bundanoon really drove this project and they deserve full credit for their passion, patience and drive,” he said.  “Not only have they provided constructive input throughout the whole process but they’ve been a breath of fresh air to work with.”

The concept of the skate park began when local teenager Tyson Robb and his friends circulated a petition seeking improvements to the park’s current facilities. The final petition secured over 1500 signatures and overwhelming support from locals with the final design being voted by the community.

The Bundanoon Skate Park is a joint project by Wingecarribee Shire Council with funding provided via the NSW Government’s Stronger Country Communities Fund including design by California Skate Parks and specialised construction by Trinity Skate Parks.

The Bundanoon Skate Park construction project is valued at $416,304 and is anticipated to be ready for the upcoming April school holidays.