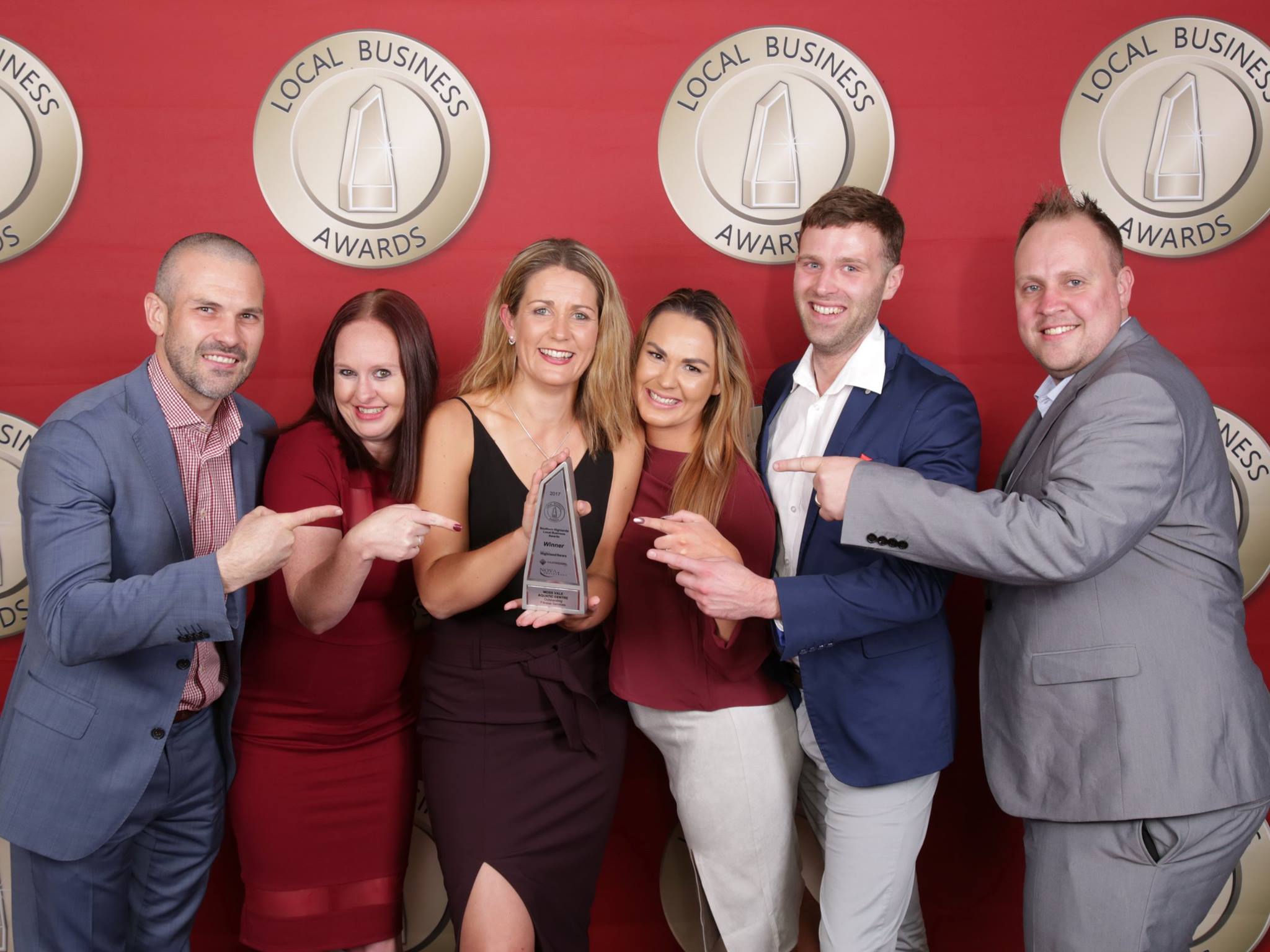 Winners were announced last week during a ceremony at Mittagong RSL.

Centre Manager Gareth Horner explained that the awards recognise the vital role businesses play in the lives of their local community.

“To be a finalist amongst so many great businesses was a real honour,” said Mr Horner.

Finalists are selected based on the number of nominations they receive from the public. Once finalists were selected they were judged based on information provided by the business and an anonymous visit by a judge.

“We’re delighted to have won,” said Mr Horner. “Being nominated by our local community is particularly satisfying.”

The win is just another feather in the cap of the award-winning team who were recently awarded NSW Facility of the Year by Belgravia Leisure.

“We strive for excellence in everything we do at the Moss Vale Centre,” said Mr Horner. “Our team members pride themselves on the small things such as knowing our members names, coffee orders and favourite classes.”

The Moss Vale War Memorial Aquatic Centre is managed by Belgravia Leisure and is located at 8 Kirkham Street in Moss Vale.