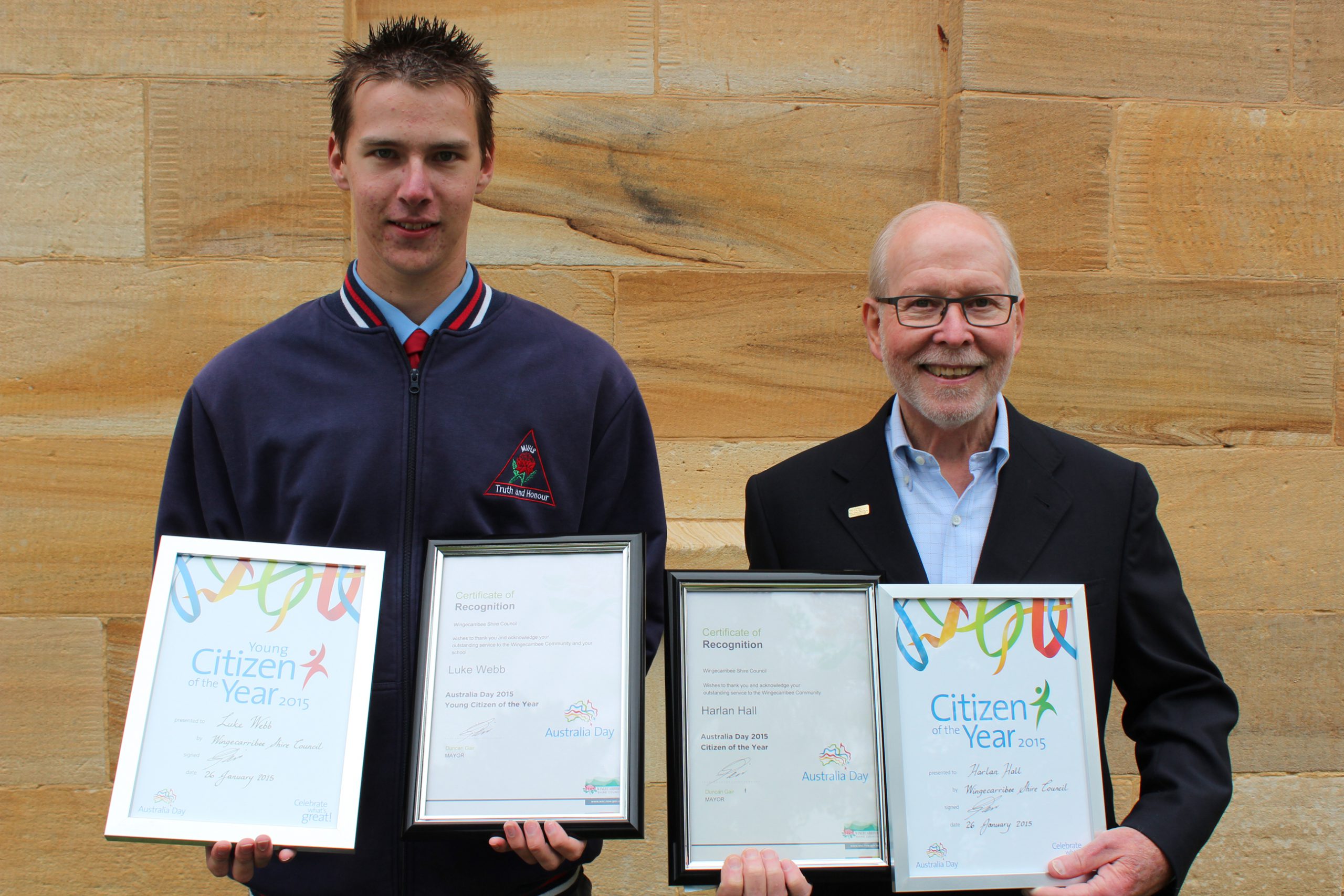 The Bowral resident with a passion for World War 1 history has spent numerous years raising funds and building an Exhibition Hall attached to the Berrima District Historical and Family Society’s Museum to showcase the lives of some of the Shire’s early settlers.

Completed in time for the Centenary of Anzac Day, the building houses the ‘Southern Highlands 1200’, a permanent exhibition dedicated to the men and women of the Southern Highlands who enlisted for the Great War.

Harlan is a well-known local volunteer who has previously worked for the Power House Museum and the Sydney Maritime Museum.

Described as a modest man, Harlan has spent much of his life advancing and improving his local community.

Young Citizen of the Year was awarded to Luke Webb.

The Year 10 student from Moss Vale High School was nominated for his volunteerism, generosity and leadership qualities.

A keen musician, Luke often performs in local community events but it was his efforts at school that were singled out.

Luke was nominated for his work ethic, respect and compassion which he demonstrates on a daily basis within the school grounds where he can often be found assisting those experiencing hardships.

The recipients will be presented with their awards during Wingecarribee Shire’s Australia Day celebrations at Berrima this Monday 26 January starting from 9.30am.