Protecting our birds of prey 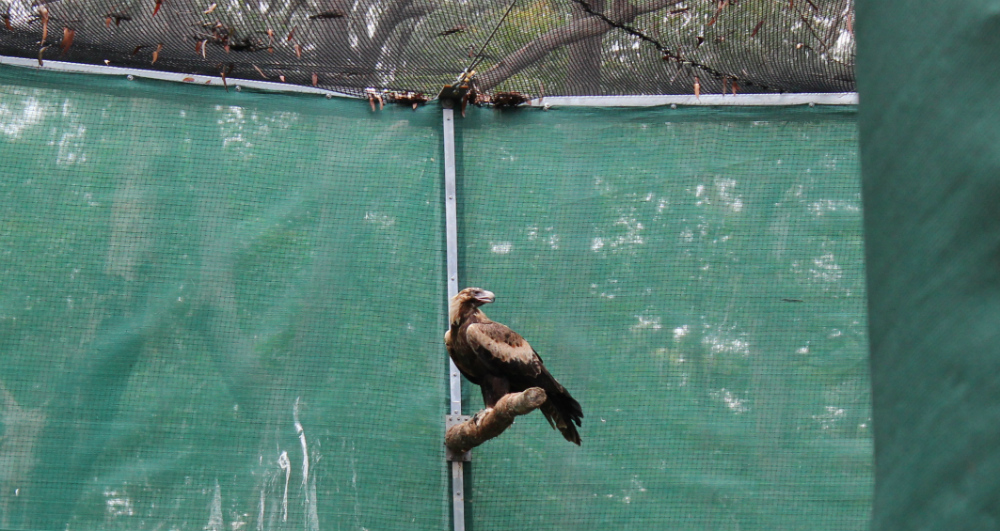 Our Shire is blessed with an incredibly diverse range of wildlife. One of the most magnificent groups of animals to grace this region are the raptors, more commonly known as birds of prey.

Unfortunately, as humans encroach further into their habitat, accidental – and sometimes deliberate – contact with these birds is becoming more commonplace. Collisions with cars are on the rise and more disturbingly, so too are reports of these graceful birds being shot.

But a new Southern Highlands initiative is now at the forefront of helping to rehabilitate and return injured raptors to the wild.

The circular design of the aviary houses a central cylindrical pavilion that provides the injured birds with both a continuous line of sight and flight path that sets it apart from conventional designs. Having the birds fly uninterrupted maximises their chance of recovery and optimises their fitness levels compared to traditional rectangular aviaries. Its size and success rate have resulted in it being recognised as a national leader in raptor rehabilitation.

In time, the Centre hopes to conduct on-site educational tours for raptor carers throughout Australia and is investigating the possibility of providing web-cam access allowing internet users a rare insight into the private lives of our region’s raptors.

Until then, under the guidance of volunteer raptor carer Peg McDonald, the NSW Raptor Care Centre will continue to care for and return our injured birds of prey to their natural habitat, knowing that they have been given the best chance possible to soar again.

Located within dense bushland on private land, the NSW Raptor Care Centre Free Flight Facility was funded via a combination of fundraising, private donations and monies from Council’s Environment Levy.