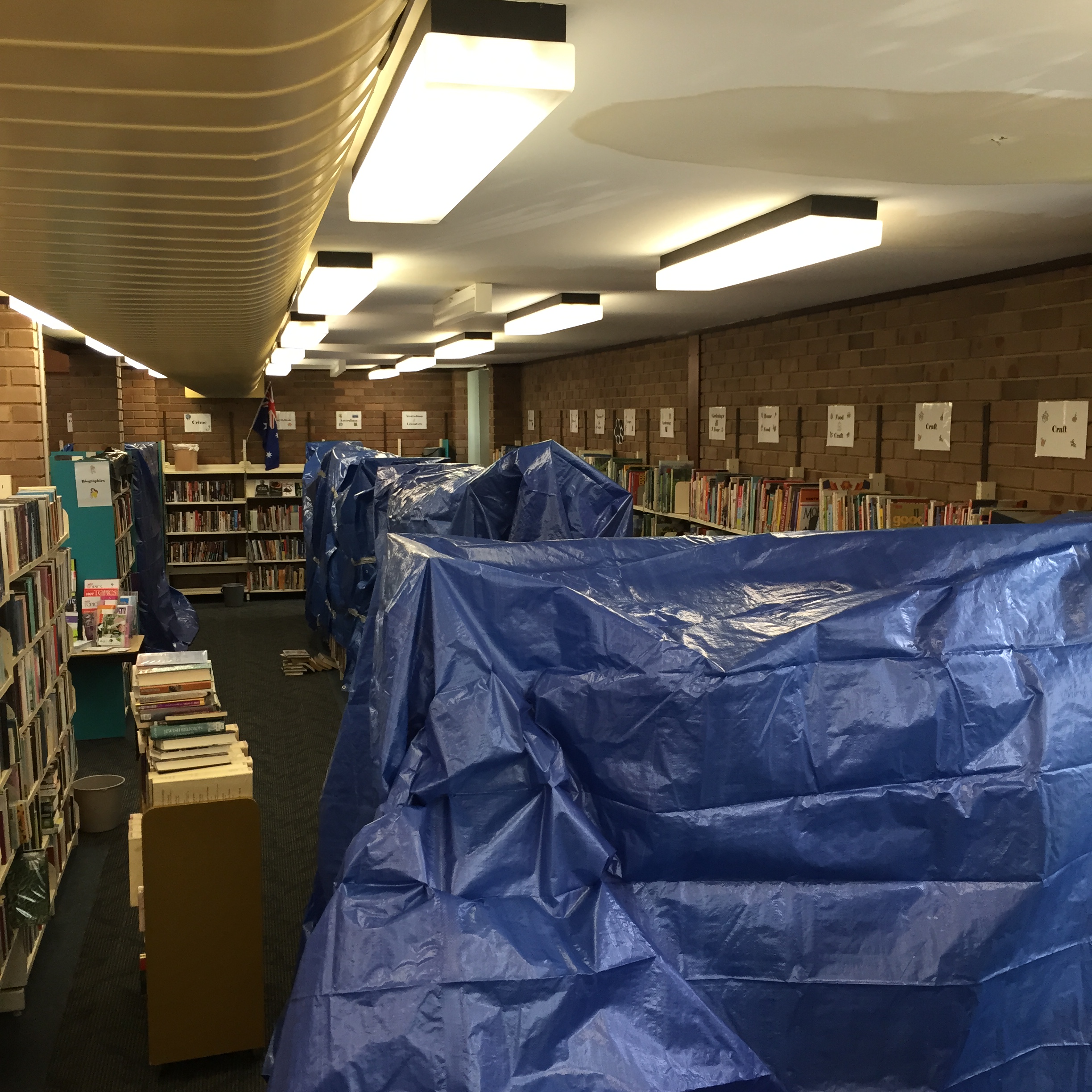 Following an assessment by staff of Wingecarribee Shire Council, Moss Vale Library will remain closed until at least next Tuesday 17 March 2015.

The decision to keep the doors closed follows an inspection which found the amount of water damage to books and furnishings to be more extensive than first estimated.

Staff will continue to dry and repair any books that are still recoverable over the weekend.

A follow-up assessment will be carried out on Monday 16 March with the hope of re-opening the Library on Tuesday 17 March 2015.  Only when patron safety can be assured will the re-opening times be confirmed.

Council reminds patrons that its Bowral and Mittagong libraries are unaffected by storm damage and remain open as per normal operating hours.

For a full list of opening times visit www.library.wsc.nsw.gov.au.

Council apologises for any inconvenience.