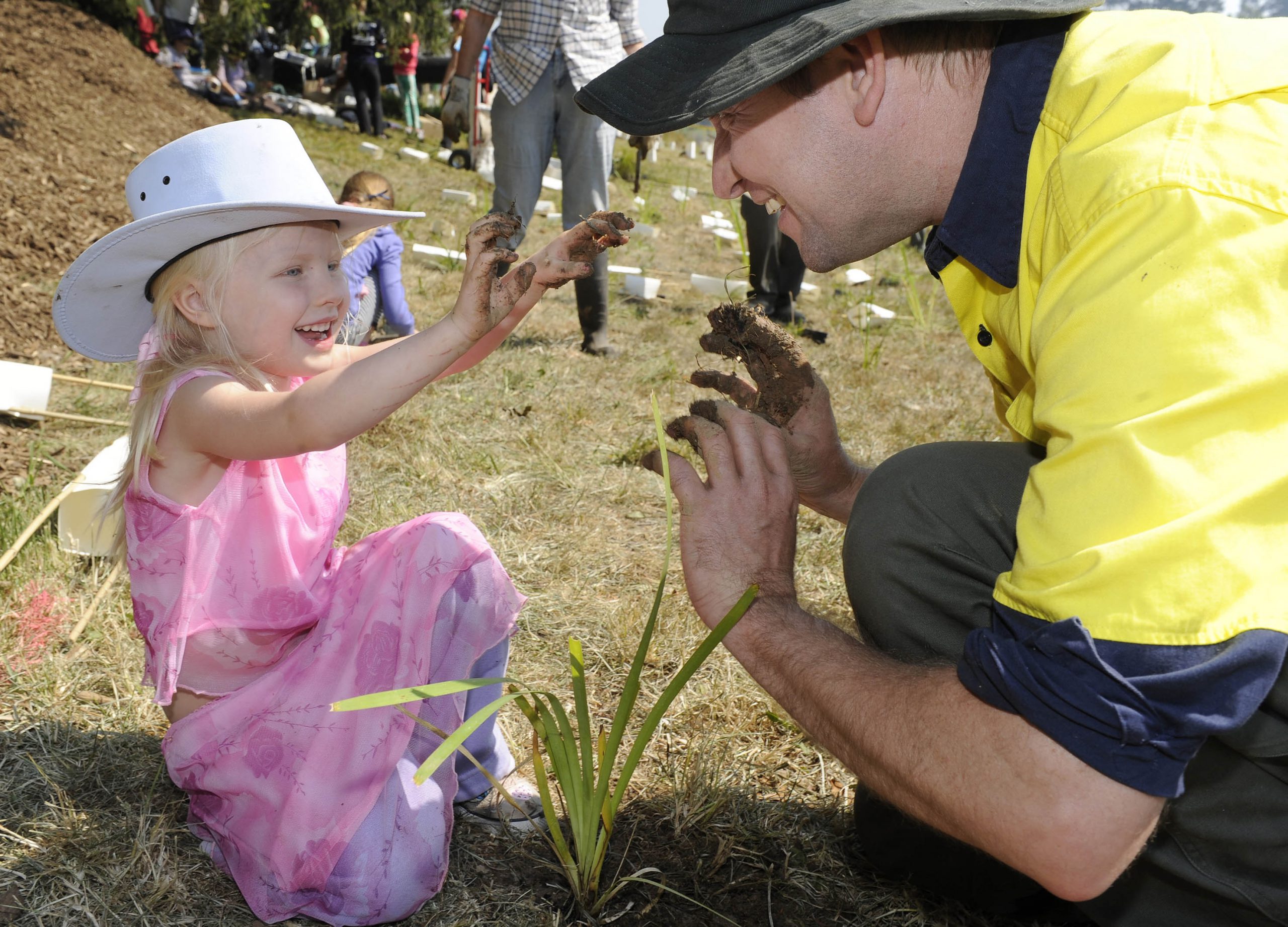 Moss Vale Landcare is in the running for the 2015 NSW Landcare Community Group Award after being nominated by Wingecarribee Shire Council in recognition of its 15 years of volunteer effort and achievement.

The Landcare Awards are a key means of promoting the Landcare ethos, which encompasses the work of Landcare, Bushcare, Rivercare, Coastcare, Dunecare and ‘friends of’ groups working to protect and rehabilitate our bushland, streams, and foreshores, maintain and enhance biodiversity values and the sustainability and productivity of agricultural systems.

Working closely with local community groups, the volunteers have successfully revegetated over 2km of creek frontage along Whites Creek, removing infestations of willow, hawthorn, privets and many other environmental weeds and replacing them with native plants.

The group has also worked hard to educate the community about the impact of environmental weeds, particularly willows, and have successfully held numerous planting events with local school and TAFE students, Scouts, neighbouring landholders and golf club members.

Wingecarribee Shire Council works closely with Moss Vale Landcare, allocating funds from its Environment Levy for weed removal and site maintenance, and facilitates the group’s regular working bees along Whites Creek. With the support of the volunteers, Council held the 2011, 2013 and 2014 National Tree Day planting events on Whites Creek in the vicinity of Cosgrove Park.

Moss Vale Landcare and Council have been successful in securing a number of grants for the rehabilitation of Whites Creek from bodies such as Sydney Catchment Authority and South East Local Land Services.

The state and territory Landcare Awards are organised by Landcare Australia in conjunction with the state/territory organising body, which in NSW is the Department of Primary Industries. The awards recognise Landcare as one of the leading volunteer forces in Australia.

Winners of the NSW Landcare Community Group Award will be announced at a ceremony in Orange during September, and will go forward as finalists to the 2016 National Landcare Awards.

Further information about the award nomination and Moss Vale Landcare can be found on Council’s website: www.wsc.nsw.gov.au/bushcare