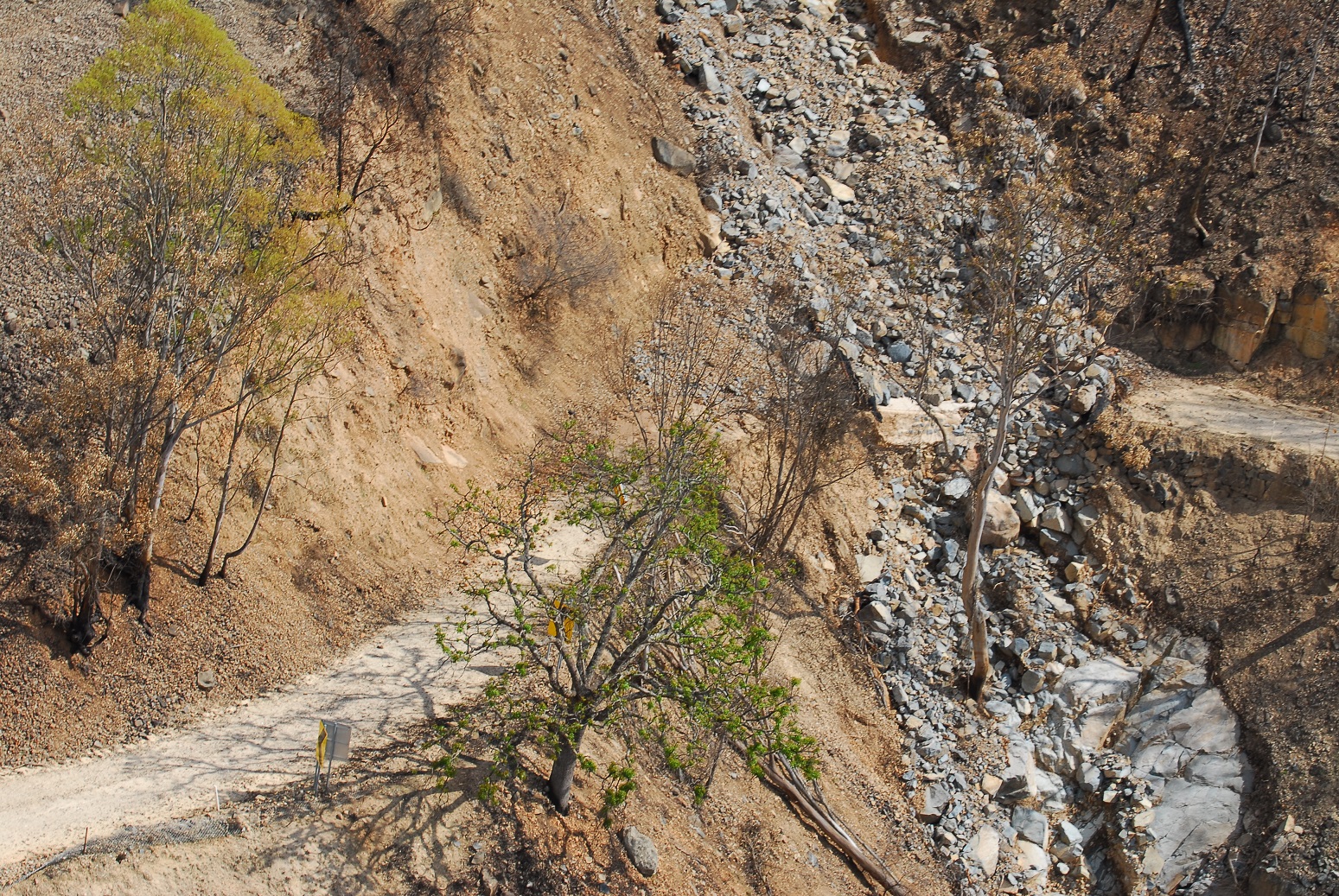 Wombeyan Caves Road, between Goodman’s Ford and Wombeyan Caves, will remain off limits as Council staff begin the task of assessing and repairing damage sustained to the road after bush fire attack and heavy rain.

Located in the Shire’s west, Wombeyan Caves Road west of Greenhills Road has been closed for intermittent periods since the Green Wattle Creek blaze first threatened in mid-December.

However recent heavy rain in the area on the 8th and 9th of February has forced the long-term closure of the unsealed section of the road between Goodmans Ford and Wombeyan Caves.

Council’s Group Manager Infrastructure Services, Dominic Lucas said Council engineers have only recently been able to get a closer look at the full extent of the damage caused to the road.

“Such was the ferocity of the fires and the subsequent damage caused by this month’s rainfall that the road was deemed unsafe to inspect until now,” he said.

“We found the damage so severe and widespread that we needed a helicopter to assess the road as neither four-wheel drive vehicles nor motorbikes could access the full length.

“It was only then the true extent of the damage could be fully appreciated.”

Aerial inspections reveal that the road has been impacted by fallen trees, multiple rock falls and landslides resulting in numerous sections of the road being washed away, culverts and causeways destroyed and retaining walls damaged.

“We’ve counted more than 30 locations where the road has either been washed away or buried as a result of rock and mudslides,” Mr Lucas said.

“The surrounding hillside was always susceptible to erosion once the trees were destroyed by the fires,” Mr Lucas said.  “And while the subsequent heavy rainfall may have doused the fires it unfortunately also exacerbated the land slippage.”

“Given the extent of the damage, and pending final discussions with Transport for NSW, we suspect these roads will be closed for at least the next 12 months,” Mr Lucas said.

“The final repair bill will be considerable.

“Until the road is re-opened we recommend motorists wishing to venture out to the caves to do so via the existing Goulburn-Taralga-Oberon Road.”