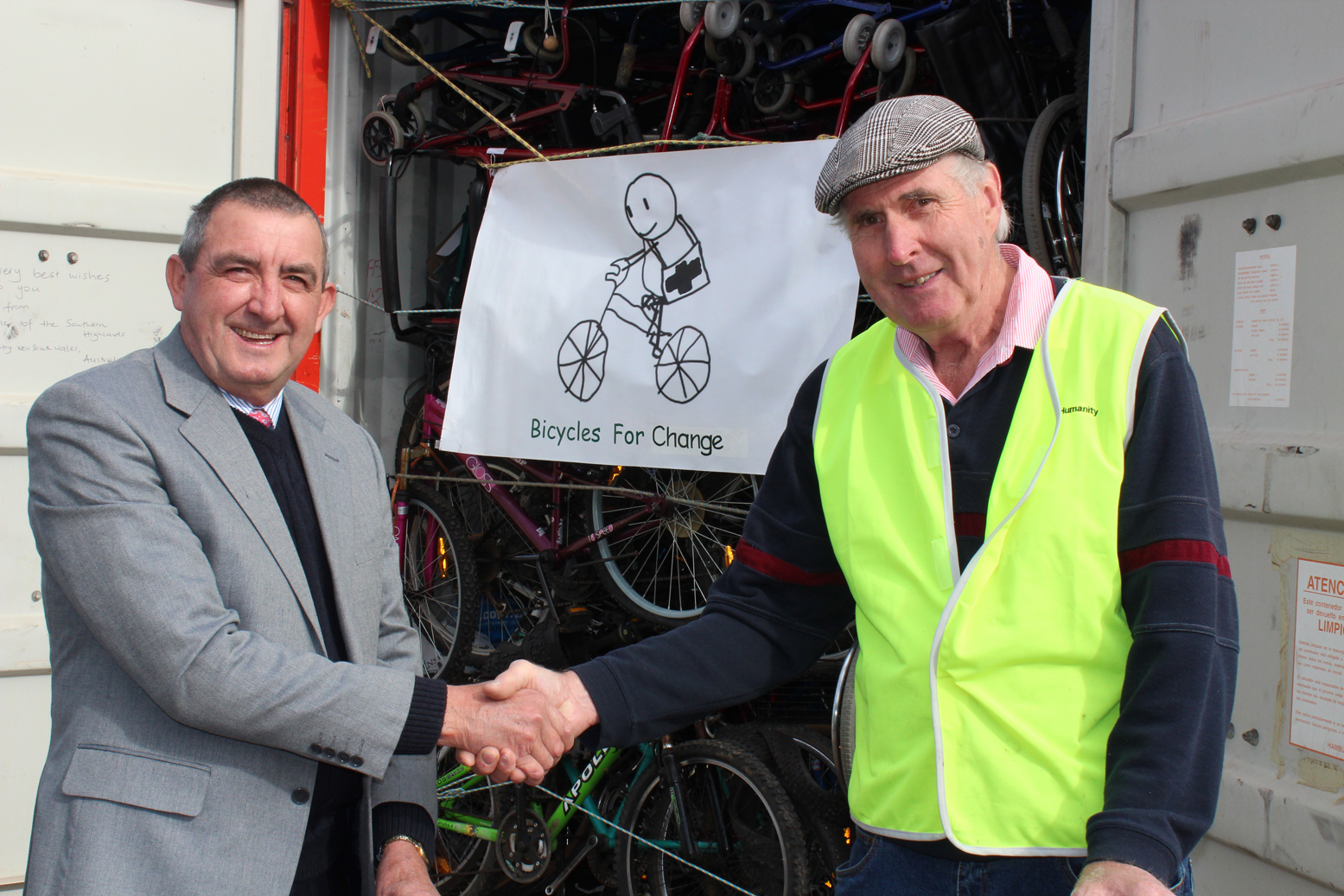 Namibia’s needy are set to benefit from the generosity of Southern Highlands residents with the imminent arrival of a shipping container of locally donated second-hand bicycles.

“This is now the third container of bicycles that have been restored at Council’s Resource Recovery Centre that will make its way to southern Africa,” the Mayor said.

“That’s over 1500 bikes that have been recycled in just four years!”

Formerly known as Bikes for Humanity, Bicycles for Change is a global volunteer group whose purpose is to recycle bikes to provide to overseas communities in need.  The local branch works out of Council’s Resource Recovery Centre (RRC).

“The majority of the bikes are shipped to areas in southern Africa where they can be used to assist health care and education workers cover distances which may normally be travelled by foot,” he said.

“Others are restored and donated to the Reviva Centre or given to Southern Highland charities.”

Councillor Gair praised the volunteers for their efforts.

“The volunteers from Bicycles for Change are to be congratulated for their tireless work repairing these bicycles that will ultimately bring so much benefit to those less fortunate than us,” he said.

“Council is very proud to be a supporter of this program that is also saving hundreds of bikes from being scrapped or crushed.”

“The generosity of the Shire’s residents has been overwhelming,” added Mr Radowitz.  “In fact, the volume of bikes that comes out of our Southern Highlands branch is amongst the highest in the country.”

“Where we do need additional support though is in covering the costs of transporting the containers.”

“We’re not resting on our laurels and we already have plans in place to fill another Council sponsored container,” he said.

“We accept all types of bikes but given the conditions they’ll be used in overseas, mountain bikes are the most sought after,” he said.