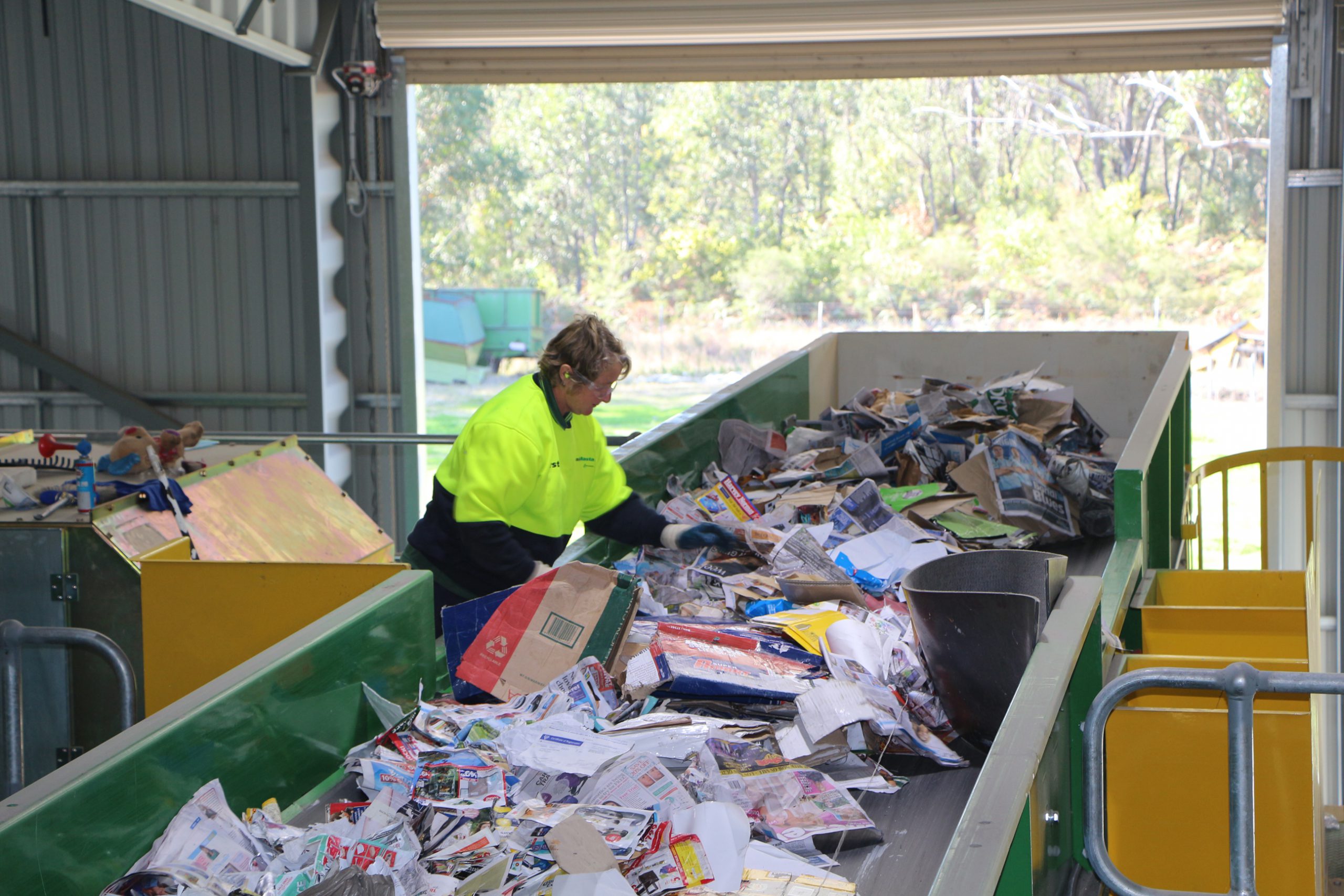 Figures released by the NSW Environment Protection Authority (EPA) in the latest Local Government Waste and Resource Recovery report have revealed that Wingecarribee Shire Council’s Resource Recovery Centre (RRC) has recorded the highest recycling recovery rate of any Council in the State.

“The EPA measures all the rubbish that is collected and sorted at the Resource Recovery Centre,” he said.  “This includes domestic waste, items that are dropped-off at the Centre, recyclable products and green waste.”

“They then calculate the gross tonnage of all the items we collect on an annual basis against what we then either recycle in-house or transport to another facility for beneficial re-use,” Mr McAllan said.

“And at an 83.2 per cent recycling recovery rate, Wingecarribee Shire Council was the best in the state for the most recent reportable financial year.”

The State average for the 2012/13 financial year was 46.5 per cent and included figures from all Sydney metropolitan and regional councils throughout NSW.

“Another way of looking at the result is that less than 17 per cent of all waste collected by Wingecarribee Shire Council is sent to landfill,” Mr McAllan added.

Mr McAllan said the improvement in Council’s recycling recovery rate could be attributed to improved efficiencies and the introduction of numerous innovative programs.

“Our recycling of polystyrene and e-waste are just two initiatives that have been particularly successful,” he said.

Other factors contributing to the high recycling recovery rate include the roll-out of education programs and the commitment of the Shire’s residents towards recycling.  The introduction of the domestic organics scheme last year is expected to further improve future recycling figures.

“For the last few years we’ve consistently managed a recycling recovery rate in the 60 and 70 per centile bands,” Mr McAllan added.  “Compared to other regions even this rate was previously considered good.”

“However we’re particularly chuffed with these most recent results that show we are the only Council in the State to achieve a recycling recovery rate in the 80 per centile band.”

“Ultimately this figure is a credit to the residents of the Shire and shows that they are prepared to take a few moments to properly sort their rubbish before disposing of it and in some cases to purchase pre-loved goods,” he said.

“To be recognised as a state leader in recycling recovery is a major coup for the RRC, Council and the Shire.”

To view the full list of recycling rates from all councils from across NSW visit the EPA’s website at: www.epa.nsw.gov.au/resources/warr/NSWLGWARRDataReport201213Apndx3.pdf

The Resource Recovery Centre is located at 177 Berrima Road, Moss Vale and is open seven days a week from 7.00am to 3.45pm.