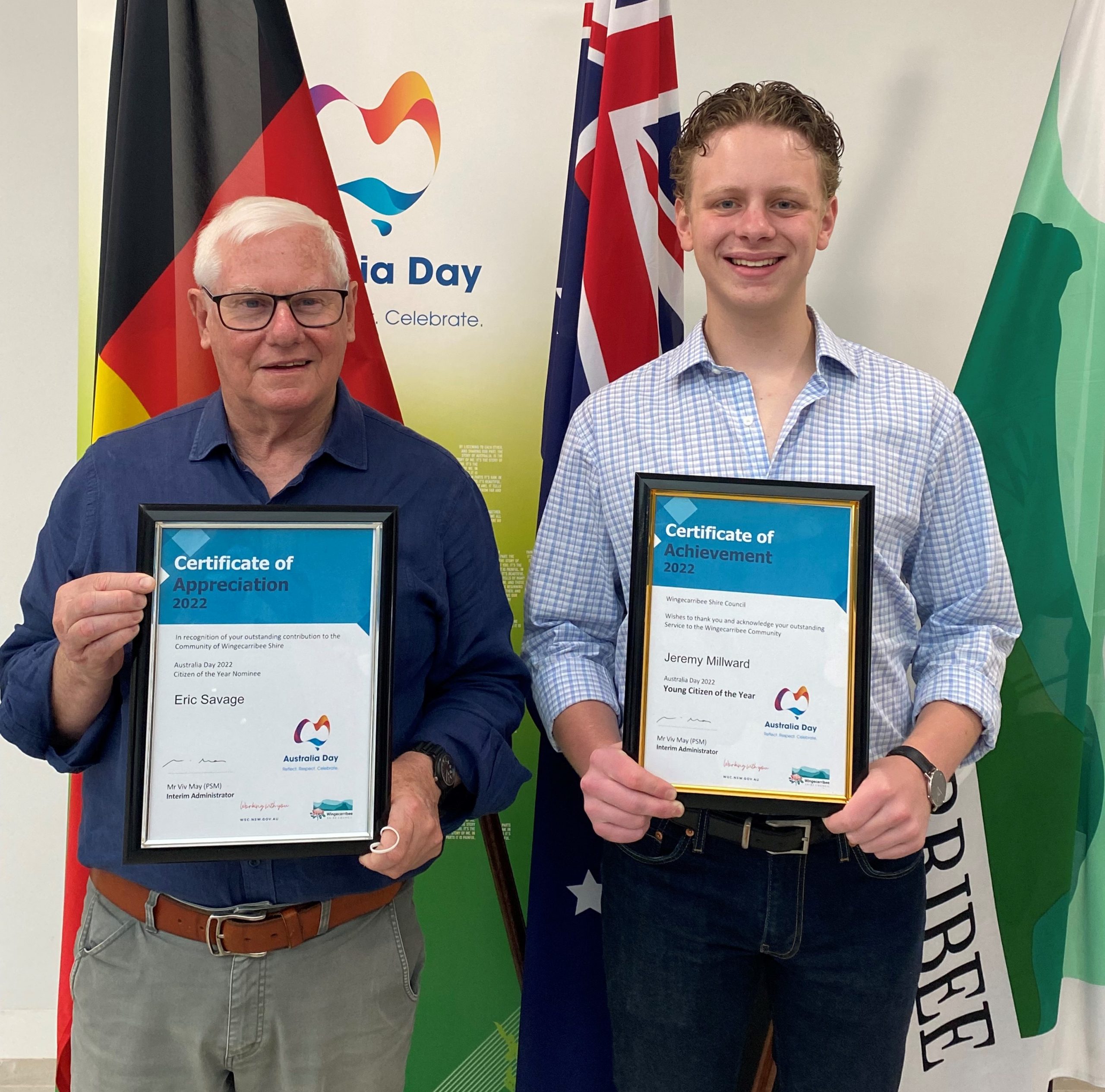 Wingecarribee Shire’s 2022 Australia Day Citizen and Young Citizen of the year have today been announced.

Mr Savage was nominated for his community advocacy, volunteer work and leadership within the Berrima Residents Association (BRA).

During his time as Chair of the BRA, Mr Savage has championed local issues and causes, promoted the wellbeing of residents and advanced his immediate community.

Young Citizen of the Year was awarded to Jeremy Millward.

The Moss Vale High School Captain was nominated for his advocacy of mental health and wellbeing programs as well as his dedication to raising awareness and charity fundraising.

“We’re very fortunate to have such dedicated, hardworking and compassionate people in our Shire,” he said.

“The Southern Highlands is without doubt a better place as a result of their selfless contributions.”

“The Australia Day Awards provide an opportunity for Council and the community to recognise and thank those residents who continue to work for the betterment of our community,” he said.

“I commend all of our nominees for the positive influence they have made towards this Shire.”

Both recipients were presented with their awards during on online ceremony from 10 am on Wednesday 26 January.  A recording is available on Wingecarribee Shire Council’s YouTube page.