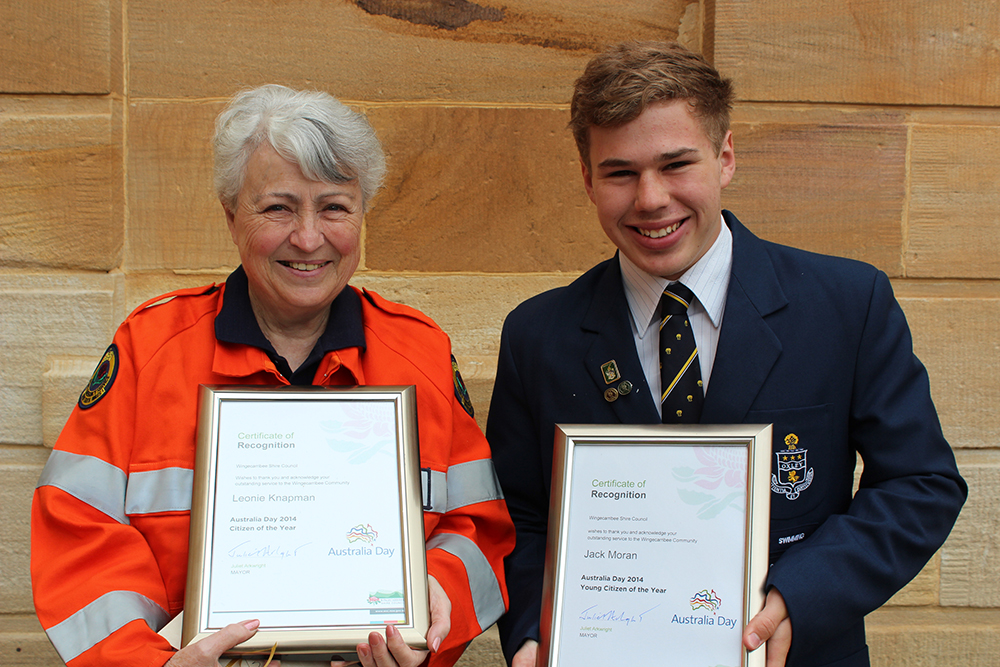 The Mittagong resident with a passion for local history spends much of her free time assisting volunteer organisations and contributing to community committees.

In fact, Leonie has been involved with no less than 14 community and Council committees, most recently the Bowral and Moss Vale Sesquicentenary Committee.

In addition to helping out at local schools teaching children about our unique Highlands history, Leonie also serves with the Wingecarribee Unit of the State Emergency Services and the Driver Reviver Programs.

Leonie has also been a member of the Berrima and District Historical and Family History Society and has been instrumental in researching the history of a number of significant Southern Highlands locations including Joadja and the Renwick Homes. In fact, Leonie’s efforts were largely responsible for saving and preserving the historic ghost town which is today recognised for its contribution to the early industrialisation of the fledgling Nation.

Young Citizen of the Year was awarded to Jack Moran.

The 17 year old Oxley student was nominated for his representative, volunteer and leadership efforts.

Jack volunteers at both the Mittagong Rural Fire Service and for patrol duties with the Coledale Surf Life Saving Club where he also takes on the added responsibility as a junior Nippers coach. Jack has also been involved in a number of unique service and humanitarian projects including participating in an international lifeguard exchange program and volunteering in a Vietnamese orphanage.

“We are very lucky to have such dedicated and hardworking community volunteers in our Shire,” she said. “There is no doubt our Shire is a better place as a result of their selfless contributions.”

The recipients will be presented with their awards during Wingecarribee Shire’s Australia Day celebrations at Berrima this Sunday from 9.30am.