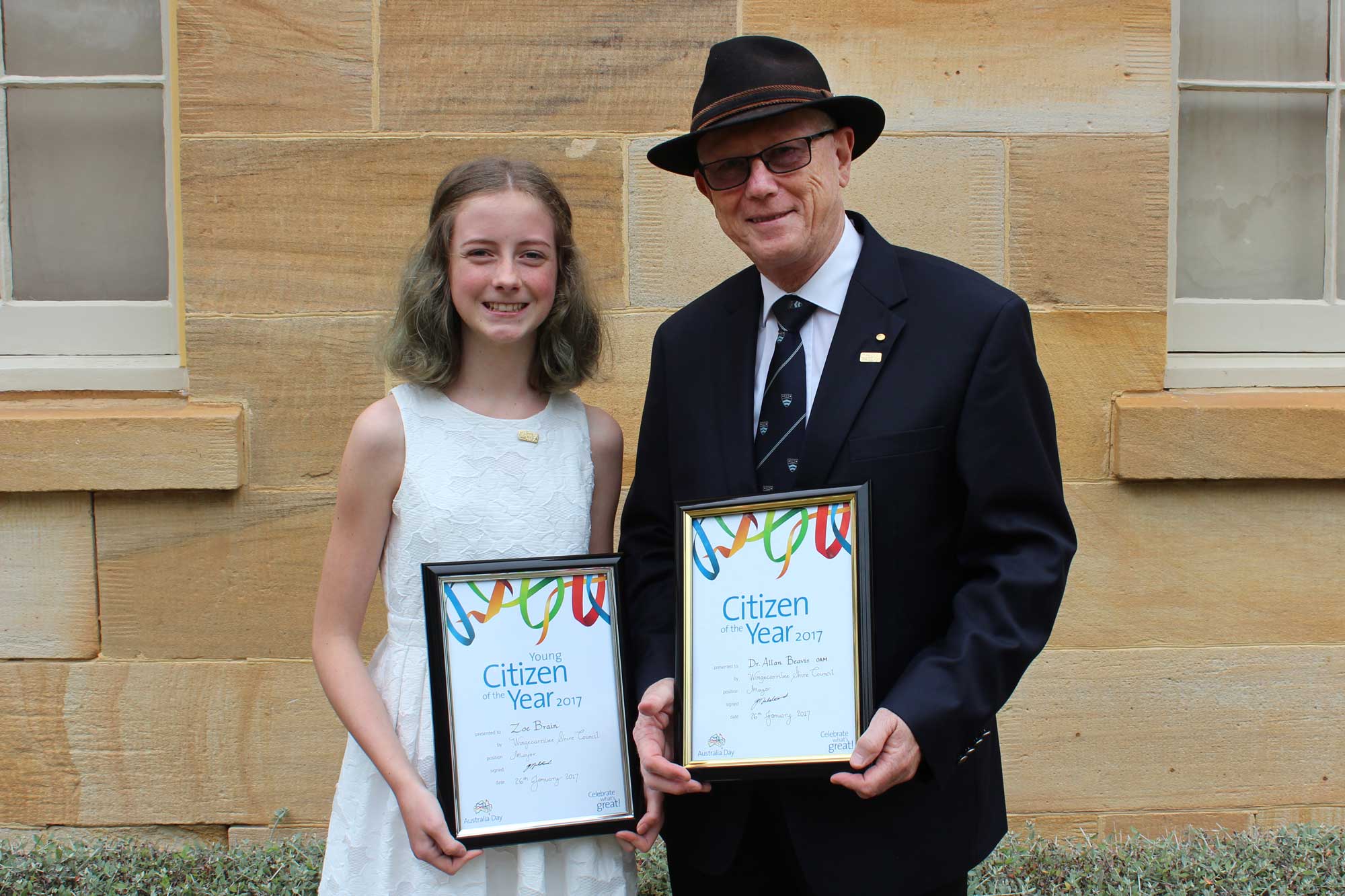 The former Headmaster and now Musical Director of St Jude’s Anglican Church and the Bowral Autumn Musical Festival is also a Board Member of the Southern Highlands Symphony Orchestra.

In 2013 Dr Beavis received an Order of Australia Medal (OAM) for his services to music and education.

Dr Beavis cites the fostering of musical development in young people as a major passion.

Young Citizen of the Year was awarded to Zoe Brain.

The 13 year old Oxley student was also nominated for her volunteerism and leadership qualities that belie her young age.

Zoe is perhaps best known as the creator and founder of ‘Gorilla Girlz’ which seeks to raise money for critically endangered gorillas.

The group has helped to promote the recycling of mobile phones and tablets and raise awareness of the need to reduce our demand on precious minerals found in the production of electronic devices.  These minerals are commonly found in the same habitat as that of native gorillas and continued mining is threatening their existence.

A 2016 segment featuring Zoe and the Gorilla Girlz on Behind the News was voted one of the top stories of the year for the ABC program.

Zoe has also been awarded with an AMP Tomorrow Makers Award and was nominated as an Australia Zoo Visionary Wildlife Warrior finalist.

Both recipients were presented with their awards during Wingecarribee Shire’s Australia Day celebrations at Berrima on Thursday 26 January.