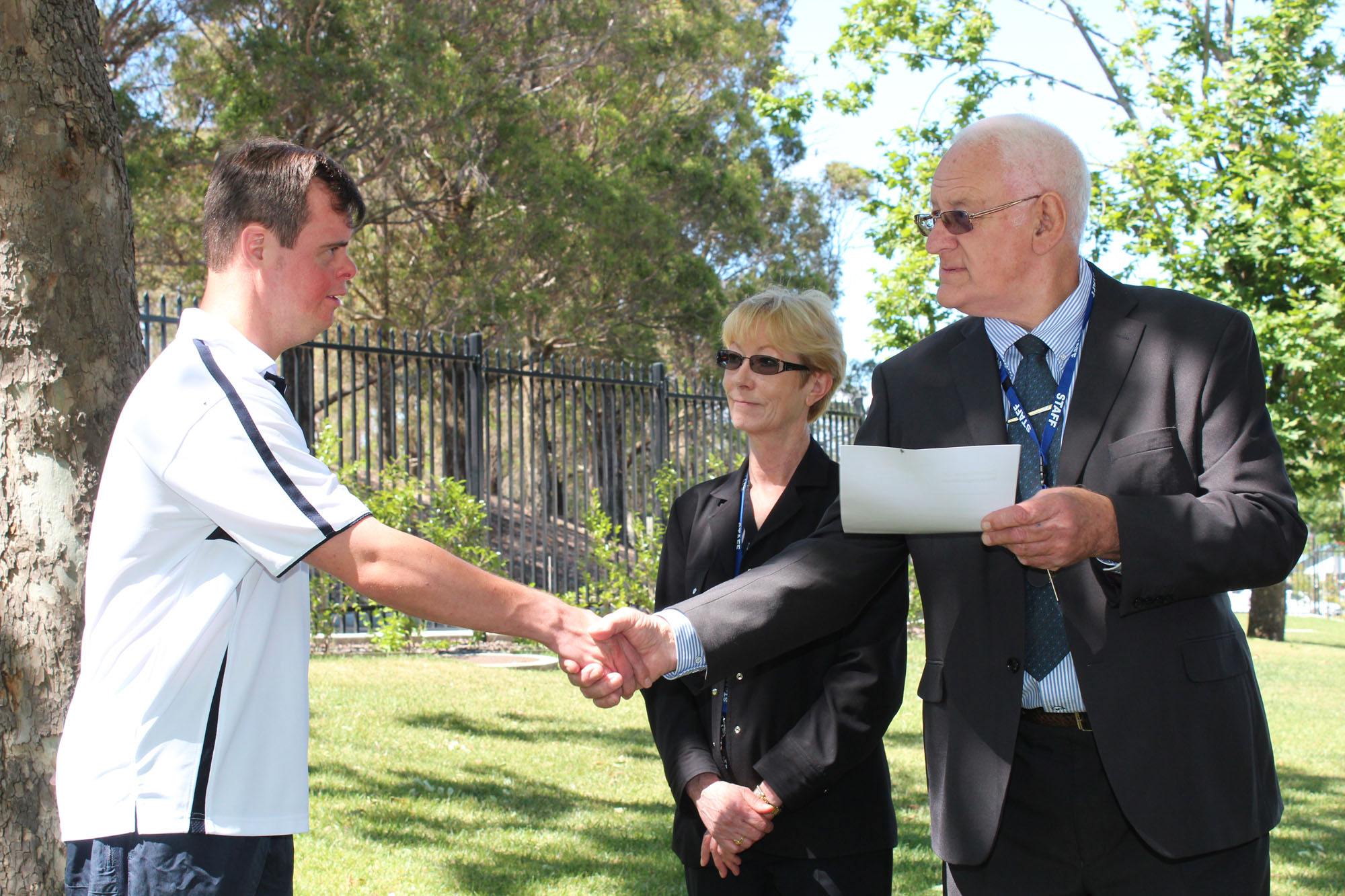 Bundanoon swimmer Daniel Rumsey has today been presented with a gold pass to the Moss Vale War Memorial Aquatic Centre in recognition of his extraordinary achievements.

The multiple record-breaking swimmer was presented with the membership and certificate by Wingecarribee Shire Mayor Councillor Ken Halstead and the Aquatic Centre’s Member Care Consultant Lana Robson at a private ceremony on Tuesday 29 November.

“Daniel is without doubt one of the most talented athletes this Shire has ever produced,” said the Mayor.

“His most recent efforts in Italy have cemented his reputation as the man to beat at international level.”

It was the sixth time Daniel had represented Australia at the championships with his most recent achievements adding to his already impressive tally of world-records and medals.

“Providing Daniel with unlimited access to our facilities for the next year was the least we could do to recognise his recent accomplishments,” said Ms Robson.

“Daniel’s training regime is extremely intense and our facilities will help assist with his busy schedule and hone his already phenomenal talent.”

As part of the 12 month free Health Club Membership, Daniel will have full access to the Moss Vale War Memorial Aquatic Centre’s facilities including swimming pools and gym.

“Daniel is not only a remarkable and inspirational athlete but a wonderful ambassador,” Ms Robson added.

“We couldn’t think of a more deserving person to receive this complimentary membership.”