Sharing the Love with the Southern Highlands 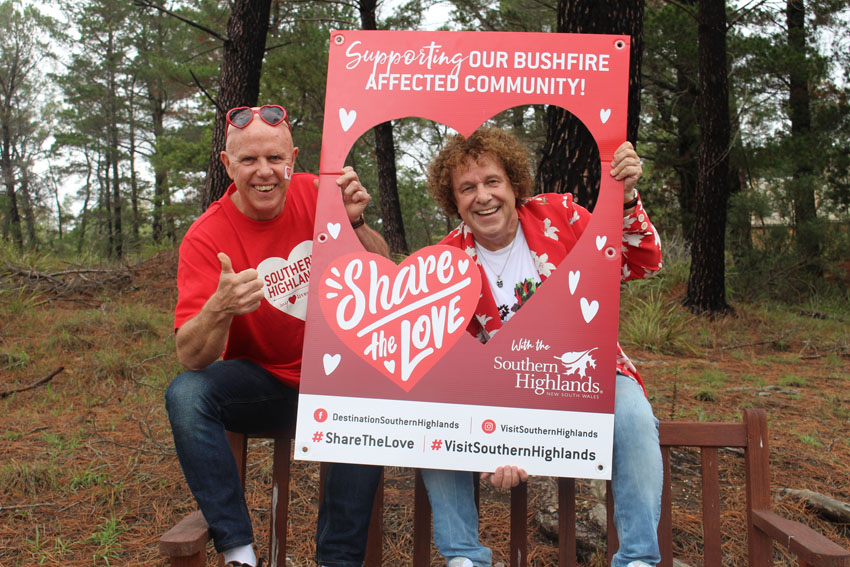 Wingecarribee Shire Council’s Destination Southern Highlands team is set to launch a new tourism and economic recovery campaign aimed at enticing visitors back to the Highlands.

Council’s Group Manager of Tourism and Economic Development, Steve Rosa said the campaign would show that the Shire was back open for business.

“We know that a lot of businesses and tourism operators took a heavy hit over the summer as a result of the bush fires that threatened our region.

“While it’s important to acknowledge we suffered losses it’s equally important to remind people that all of our beautiful towns and villages were saved.

“One of the key messages from this campaign is that it’s safe to return to our region so why not send some love our way,” Steve said.  “We guarantee the love will be returned tenfold!”

Mr Rosa said the campaign would run from mid-February to 30 June 2020 across multiple platforms including television, print, radio, digital and social media.

The launch of the campaign coincides with the NSW State Government’s similarly themed Tourism Recovery Plan entitled, ‘Now’s the time to love NSW.’

“The big difference with our recovery campaign is that we’re actively encouraging local residents to invite their family and friends back to the Highlands and re-introduce them to all the delights our Shire has to offer,” Steve said.

Helping to entice guests are a suite of specially branded ‘Share the Love’ promotional deals, offers and gift vouchers.

“These gift vouchers aren’t only great value but they’re also unique in that they can be used by yourself, passed onto a friend or used as a special thank you for one of our local volunteers.

“Think of it as a way of paying forward a good deed to your favourite emergency service or volunteer member for the amazing work they’ve done this summer,” Steve added.

Mr Rosa said primary targets of the campaign included the Shire’s immediate neighbouring regions including Sydney, Canberra and the Illawarra.

“We’re also recruiting some well-known Highlands personalities as ambassadors which will further help spread the word.”

Council’s Share the Love with the Southern Highlands campaign is funded via monies from the Federal Government’s Disaster Recovery Grant Fund.

For more information on #ShareTheLove visit the campaign website at visitsouthernhighlands.com.au/share-the-love or phone the team from Destination Southern Highlands on 4871 2888.