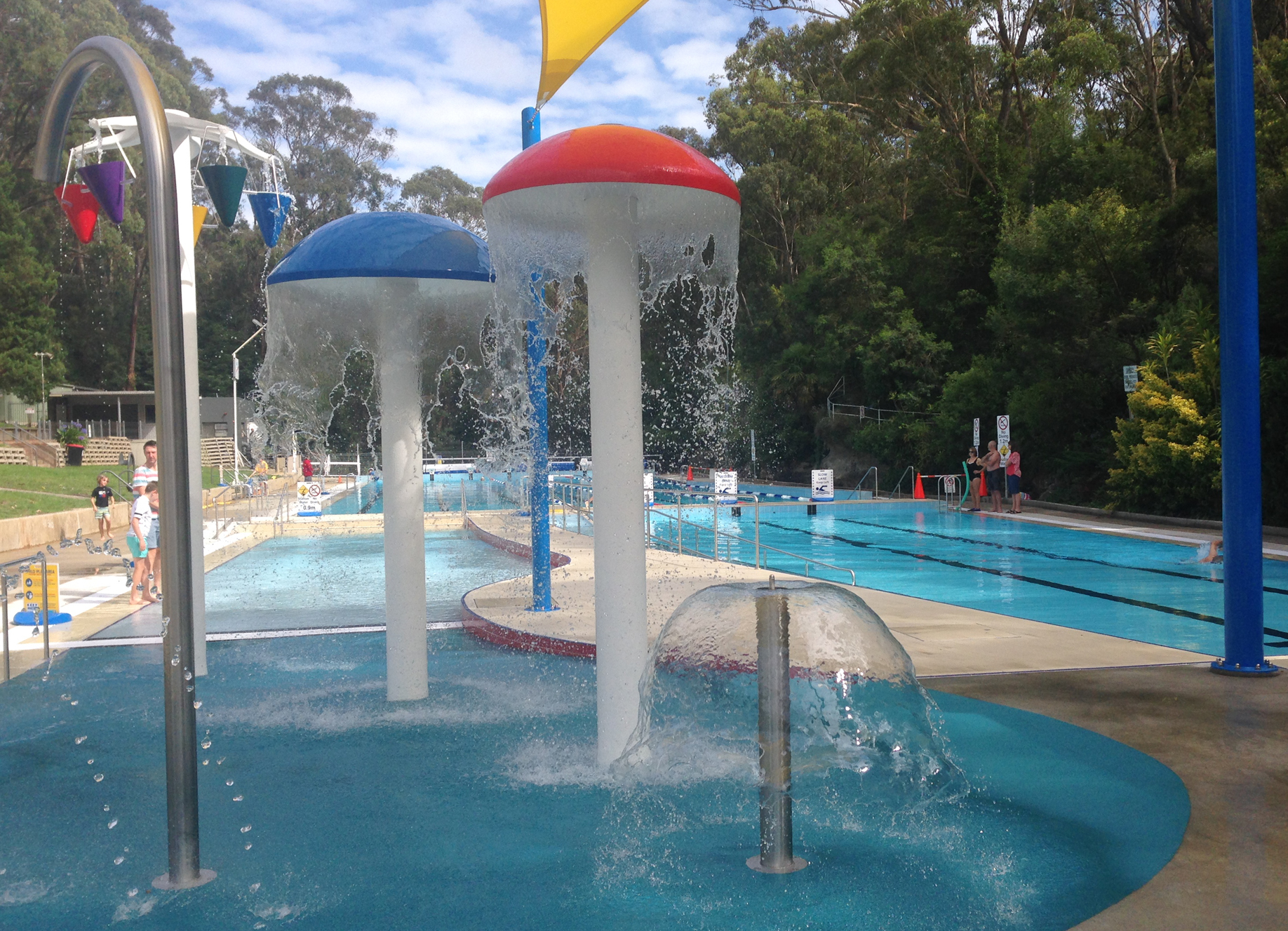 “Mittagong Swimming Pool is not only the Shire’s oldest public swimming pool but arguably one of the prettiest,” the Mayor said at the reopening.

“It contains a wealth of history and natural beauty.”

Records indicate that the site of the pool was used for recreational swimming as early as the mid-1870’s before being officially opened in 1931. In 1959 the baths were converted to an Olympic-size pool.

As part of the $3.4 million overhaul the pool received a new shaded water play area for the Shire’s youngest swimmers as well as an integrated Learn to Swim pool.  Other improvements include the levelling of the main pool deck – which is now accessible via a ramp from the kiosk entry level – and an increase in the main pool’s depth.

Also included in the make-over is a new Kiosk, First-Aid Room and refurbished Change Rooms whilst behind the scenes the pool also received new heating and filtration systems.

“Together these improvements have been designed to improve and extend the life of and preserve the history of this pool which was originally opened 85 years ago,” Councillor Whipper added.

“I congratulate the builders, contractors and staff of Council who worked so hard to deliver these wonderful improvements,” he said.

“Your efforts have helped breath fresh life into one of our Shire’s crowning jewels and ensured it will be enjoyed by families for years to come.”

The official reopening was held on site at the pool and attended by the Member for Wollondilly, tradesmen involved with the project and councillors and staff of Wingecarribee Shire Council.

As part of the opening ceremony a permanent display board detailing the site’s history was also unveiled by Berrima District Historical Society Vice President Leonie Knapman and Researcher Philip Morton.

Mittagong Swimming Pool is located on Hawkins Drive, Mittagong and is open seven days a week.