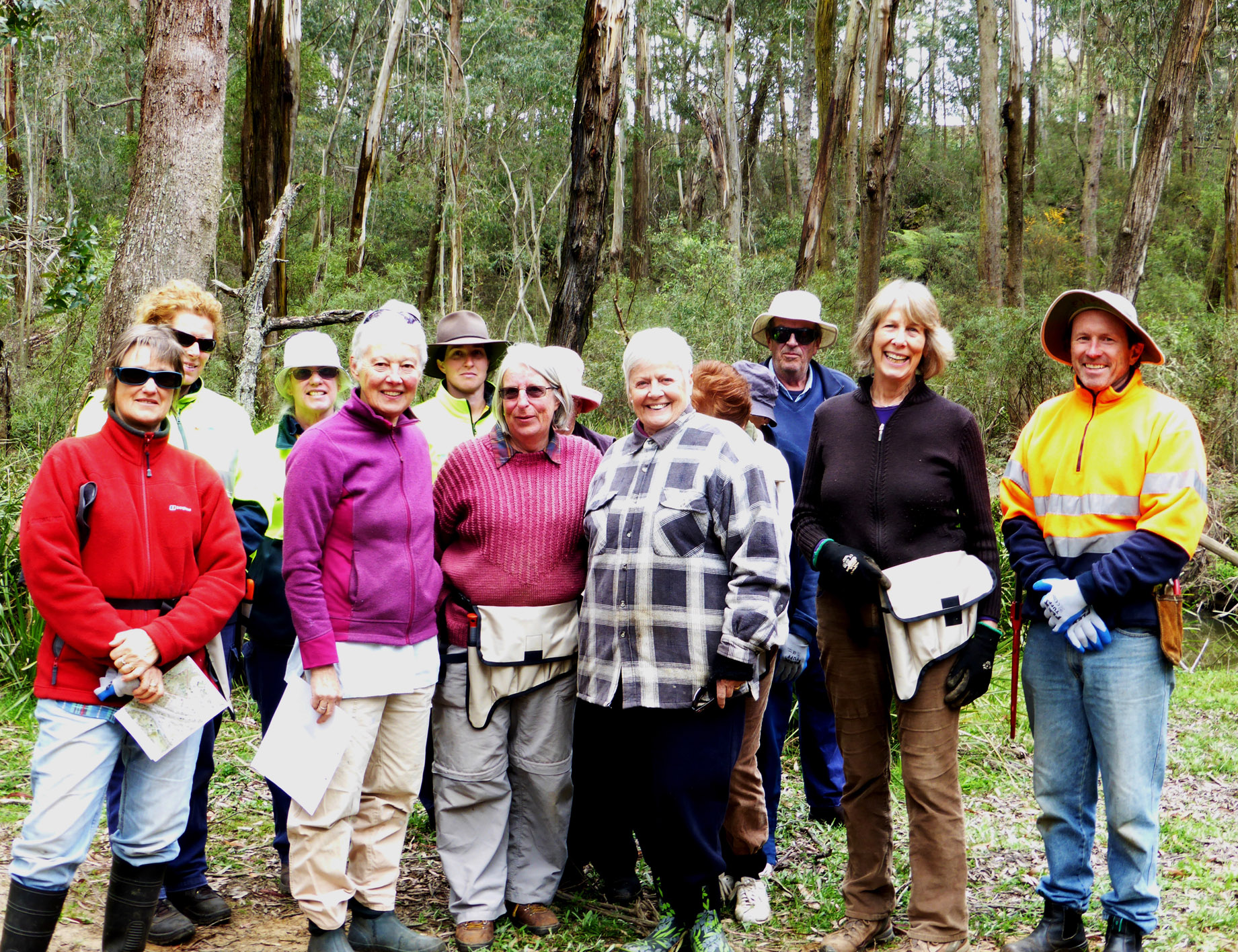 Bundanoon’s Leaver Park Bushland Reserve is set to receive some much needed attention following the formation of a new Bushcare group focussed on tackling the area.

Residents of Bundanoon and nearby villages came together to form the new Bushcare group which will concentrate initial efforts on the reserve located on the south-west outskirts of the village.

“Leaver Park is closely associated with the early days of the village and the newly formed team decided it would be the perfect place to start their protection and rehabilitation efforts,” Mr Marshall said.

Dedicated in 1933 the park was a popular picnic and swimming area in the mid-20th century.

“Aside from its European history, the area lies along the Aboriginal ‘road’ stretching from the coast to Goulburn and further west into Wiradjuri country,” Mr Marshall added.  “It therefore also contains significant Aboriginal heritage.”

The Leaver Park Bushcare group grew from Bundanoon’s 2015 Sesquicentenary celebrations with the group supported by the Bundanoon Community Association.

The group operates under Council’s Bushcare Program with volunteers registered and provided with training and support from the Bushcare team.  Members are covered by Council’s insurance policies and are supported by Council’s Environment and Sustainability branch.

The Leaver Park Bushcare group will begin by undertaking monthly working bees on site every second Thursday of the month.  Dependent on further interest and support the group hopes to add a second monthly working bee in the near future.

“Anyone wishing to join this new group, or indeed any of the Shire’s other Bushcare groups can contact Council for more information,” Mr Marshall said.

“Bushcare volunteers not only make a real contribution to protecting our environment, but they also gain a lot of personal satisfaction, knowledge and skills,” he said.

“They also get to meet some like-minded people and have a fair bit of fun in the process.”

For further information on Council’s Bushcare Program contact Council’s Natural Officer Community Support on phone 4868 0772 or via email at paul.marshall@wsc.nsw.gov.au.