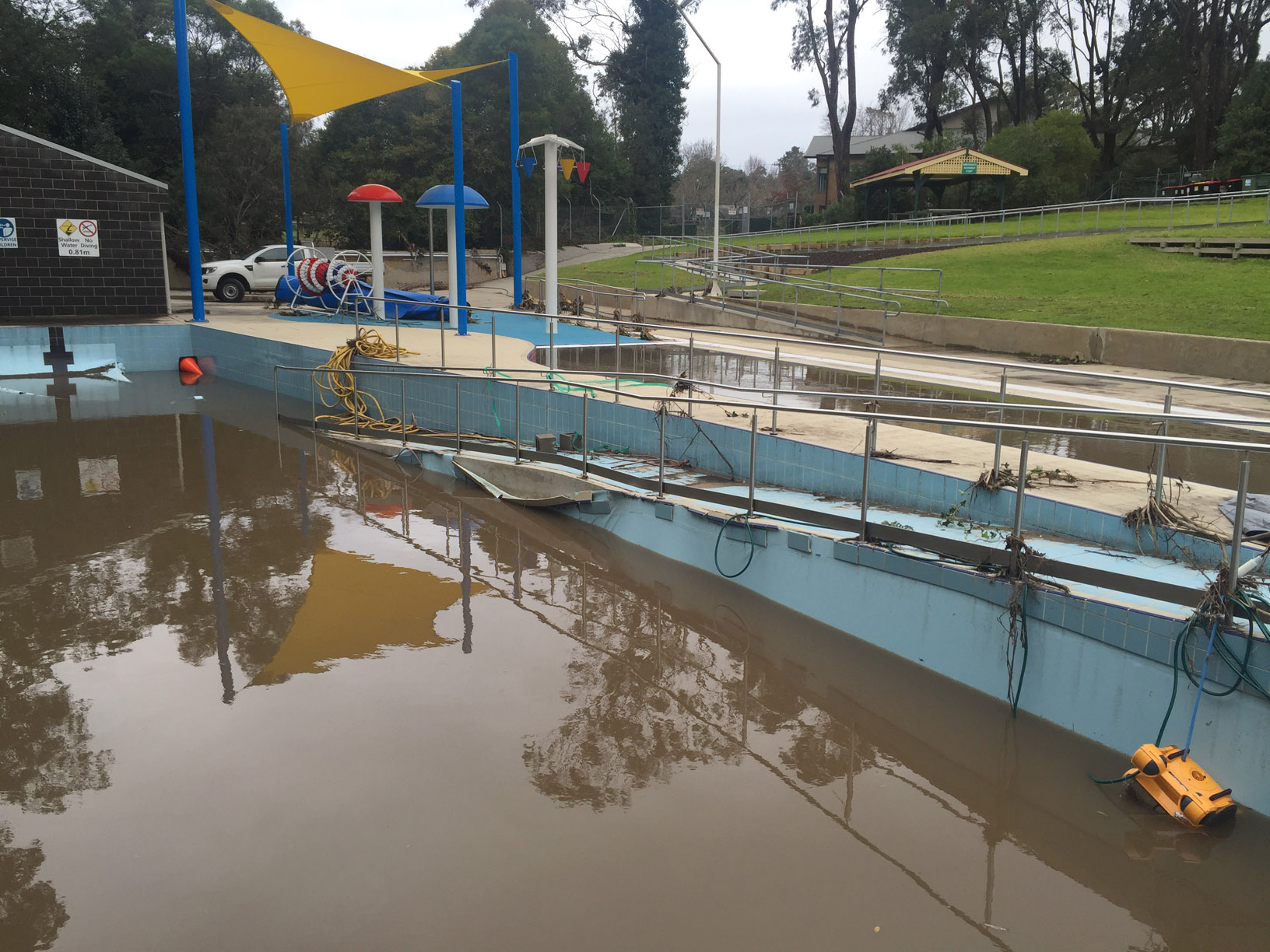 Council’s Finance Committee has recommended that the Mittagong Swim Pool not open for the 2016/17 swim season following the East Coast Low storm event which lashed the Shire in early June.

Council will consider this recommendation and confirm its position at the Ordinary Council Meeting on Wednesday 24 August.

Extensive inspections by engineers have revealed major damage to both the pools and adjacent Plant Room.  Of most concern is the structural damage sustained to the floor of the 25 metre pool.  Initial investigations have revealed flood waters may have also caused potential issues with the 50 metre pool’s structural integrity.

“Mittagong Swimming Pool is one of the Shire’s favourite swimming spots and it’s with great regret that the Committee has made this decision,” said Wingecarribee Shire Council General Manager, Ann Prendergast.

Mittagong Pool is the Shire’s oldest public swimming pool and contains a wealth of history and natural beauty.

Records indicate that the site of the pool, originally used as a dam for the re-filling of steam engines which travelled on the adjacent rail line, was first used for recreational swimming as early as the mid-1870’s.  The pool underwent several refurbishments before being officially opened in 1931. In 1959 the baths were converted to an Olympic-size pool.

Estimate repair costs and timeframes have yet to be finalised.

“The safety of our patrons is of paramount importance and with this in mind we do not have a re-opening date as yet,” Ms Prendergast added.  “However it’s fair to assume the site will not re-open for this year’s summer swim season.”

“Council apologises for any inconvenience.”

The hours for nearby Bowral Swimming Pool are likely to be extended to accommodate for the temporary closure.

Opening hours for both Bowral and Bundanoon Swimming Pools will be finalised and publicised shortly.

Opening hours for the Moss Vale War Memorial Aquatic Centre can be found at www.mvaquatic.com.au.