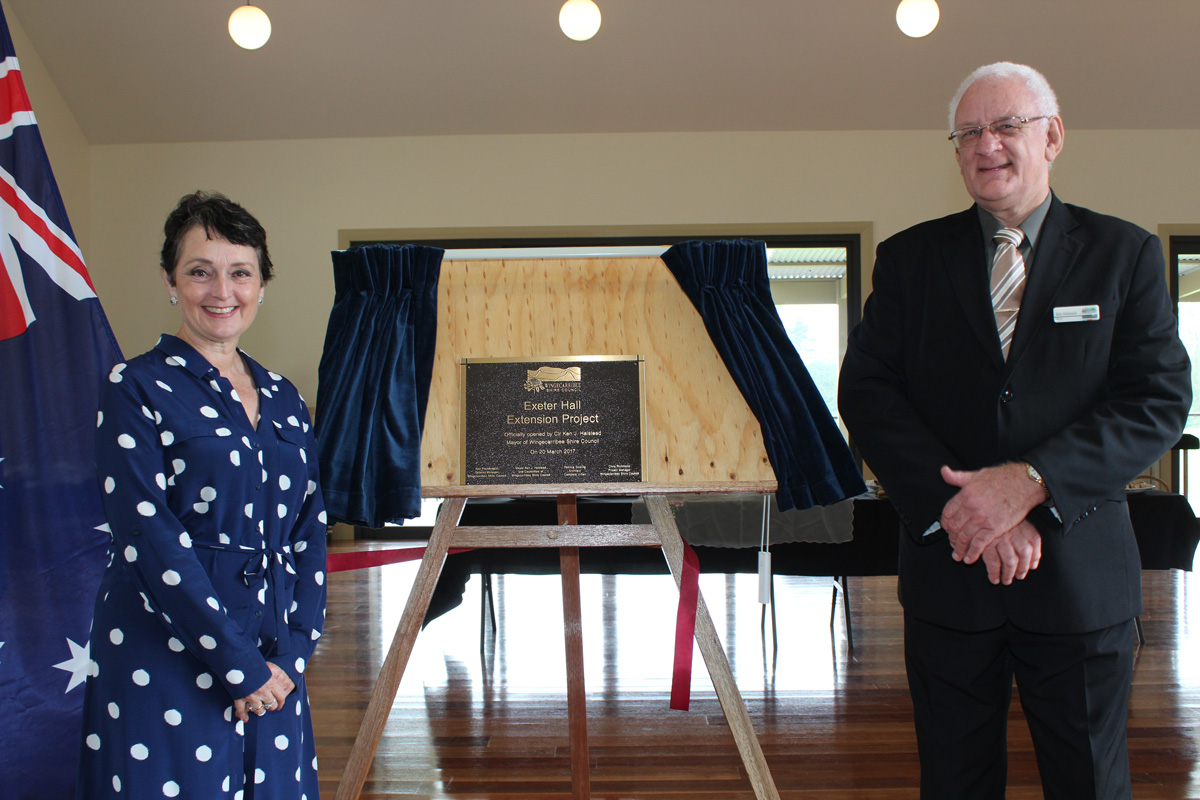 Speaking at the opening the Mayor said the hall had long been a part of the Exeter village social scene.

“Over the course of its 115 year history, Exeter Hall has played host to hundreds of dances, concerts, socials and family get-togethers,” the Mayor said.

“However after more than a century of service it was in need of a make-over to help bring it up to modern standards,” he said.

“Apart from being one of our Shire’s most picturesque community halls, it’s also one of our richest in terms of history and heritage.

“With this in mind we thought it imperative that any improvements remain as faithful as possible to the original designs,” the Mayor said.

Built in 1902 at a total cost of £630, records show the original plans of the Edwardian era hall featured a much grander building incorporating both large and small halls, library and offices.  However a lack of funds meant only the small hall was completed.

Also included in the refurbishment is a new audio system funded in part by a $10,000 grant from the Veolia Mulwaree Trust.

A new car park has also been incorporated as part of the renovations and financed via Council’s Special Rate Variation.

“Today’s opening is particularly poignant because much like the premise of the original building, the upgrade is the result of a broader community effort,” the Mayor added.

“I’d like to pay particular thanks to the members of the Exeter Park Management Committee and Exeter Village Association for their input and invaluable contributions made over many meetings.

“Thank you too to our architect and builder and all the staff of Council involved in the upgrade that helped deliver a wonderful finished product,” Councillor Halstead said.

“As a result of these improvements, this lovely old hall is sure to have many more years of serving the people of Exeter left in her.”