Locals asked to show their love for the Southern Highlands 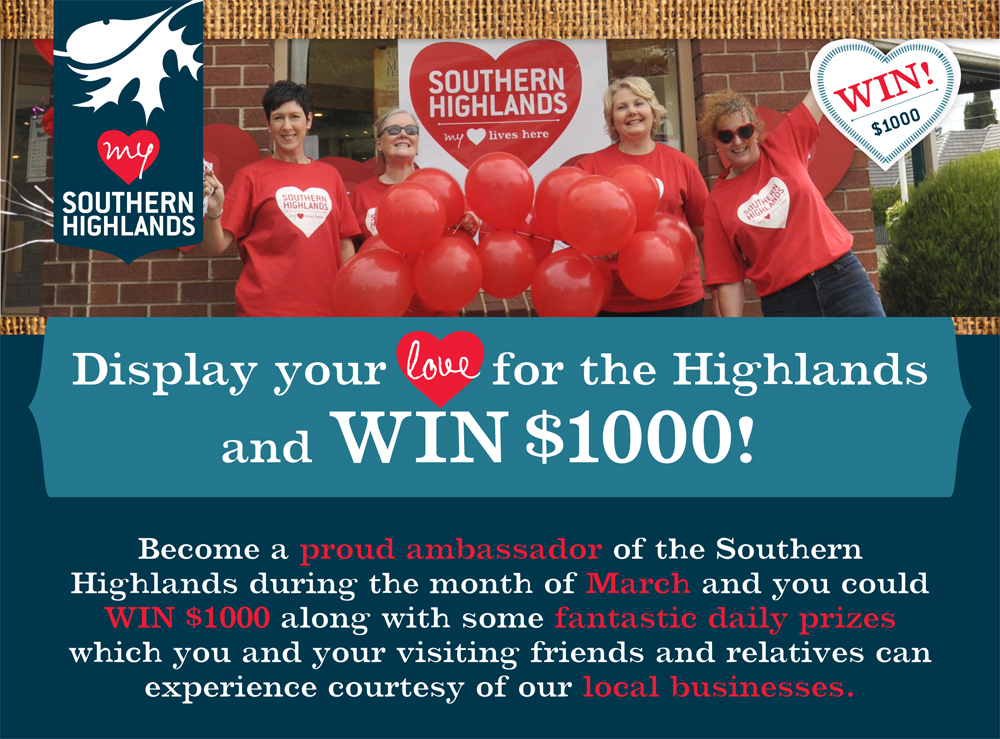 Wingecarribee Shire Council is calling on local residents to show their love for the Southern Highlands – with the possibility of winning themselves $1000.

Council’s tourism and events team – Destination Southern Highlands – will be running the “My Heart Lives Here” community sticker promotion throughout the month of March, in partnership with Radio 2ST (102.9FM).

The campaign calls on residents and businesses to display My Heart Lives Here stickers in visible places, such as their cars, letter boxes, front doors and shop fronts.

Council’s Acting Group Manager for Tourism, Economic Development and Events, Steve Rosa said the promotion was part of its award-winning My Southern Highlands campaign, designed to encourage locals to show their love, pride and passion for the region.

“Along with our banners which are displayed in Moss Vale, Bowral and Mittagong, these stickers will welcome visitors and show that the people who live here are passionate about their area,” he said.

“We also have some fantastic prizes for residents who want to show their love for the Southern Highlands, with local tourism business vouchers on offer and of course, the grand prize of $1000 cash.”

Throughout March, Radio 2ST will be on the lookout for stickers in Southern Highlands towns and villages between 10am and 1pm on weekdays, and will be giving out daily prizes such as overnight accommodation, hampers, wine packs and ghost tour tickets. On April 1, Destination Southern Highlands will announce an overall winner who will take home the ultimate cash prize.

The campaign follows on from last year’s successful My Southern Highlands promotion, for which the team won gold in the NSW Tourism Awards and bronze at the QANTAS Australian Tourism Awards in the Destination Marketing category.