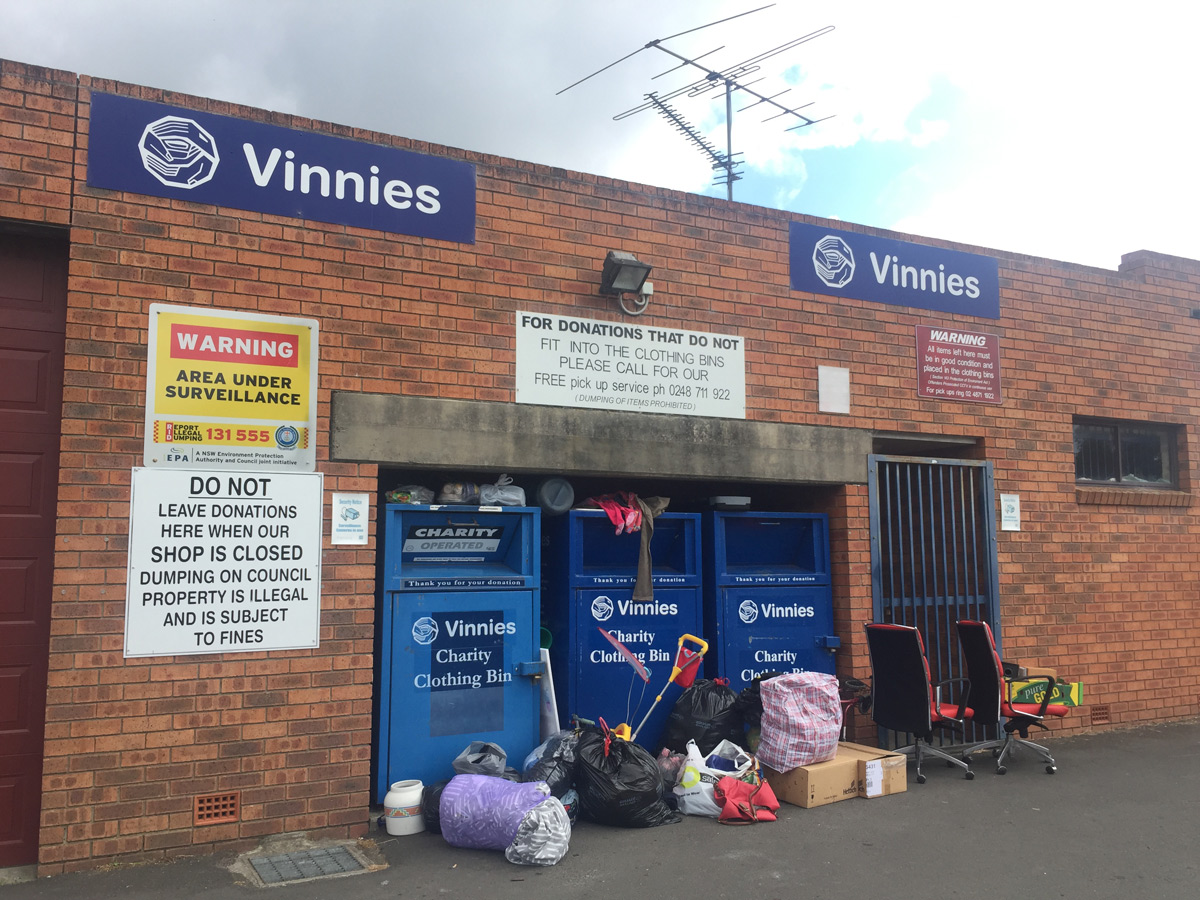 Charity stores across the Highlands are asking customers and patrons not to dump unwanted goods outside welfare stores especially during the COVID-19 pandemic.

“We’ve definitely seen an increase in unusable items being left outside welfare stores since social distancing restrictions came into force,” she said.

“The problem has been compounded because many of our charity stores are now temporarily closed or operating with minimal staff at reduced hours so they themselves can abide by the enforceable social restriction measures.”

“Dumping unwanted items only places extra pressure on our volunteers and costs money that could otherwise be directed to other services that would assist the needy.”

“Local charities deliver an important service to our community and unfortunately, they often pay the price when used as a lazy alternative to the responsible disposal of waste,” she said.

Ms Rich said that if items were left outside of stores or bins and became water damaged they were immediately rendered useless.

“Donations should never be dumped outside of a charity store or bin after hours,” she said.  “Doing so during this pandemic is particularly irresponsible as it may inadvertently place the health and safety of the charity volunteers at risk.”

Ms Rich suggested people wishing to donate goods hold off until the current restrictions have been eased by Government.

“We understand that many people want to help others during these difficult days,” she said.  “Others may have found some extra time on their hands and are busy with a clean out of the house.”

“Regardless of the circumstance, we ask that until the current social isolation restrictions have been eased, customers temporarily hold off on donating quality pre-loved goods to their favourite charity.”

For more information about illegal dumping including how to report an incident phone 131 555 or visit www.wsc.nsw.gov.au/illegal-dumping.