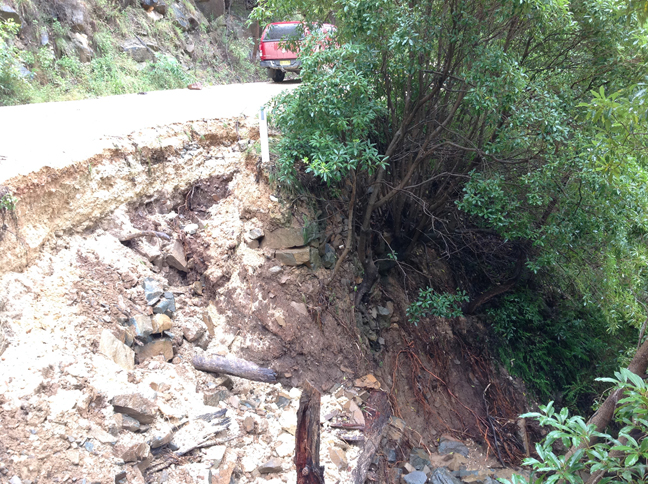 The emergency closure is necessary as a number of sections of the road immediately east of the caves have collapsed as a result of storm damage sustained in the last week.

In the worst instances, it is estimated several tonnes of the roads have washed away making passage extremely hazardous.

The duration of the closure will not be known until Council staff have had the chance to undertake an extensive geotechnical investigation of the site.

Likewise, the repair bill will not be known until a full examination and costings have been calculated.

In the interim, Wingecarribee Shire Mayor Councillor Duncan Gair has been in contact with the Minister for Roads, the Hon Duncan Gay and subsequently fast-tracked a meeting to discuss the future of the road.

Representing the Minister at the 9 February meeting will be the Southern Regional Manager of the Roads and Maritime Services (RMS).   A number of issues have been tabled for the meeting including the ongoing maintenance and management of the road.

Whilst the road will remain open from the Mittagong entrance to the Goodman’s Ford crossing, Council advises motorists wishing to visit the caves to travel via the Taralga entrance.

Council apologises for any delays or inconvenience.