Highlanders bale together for drought-stricken farmers 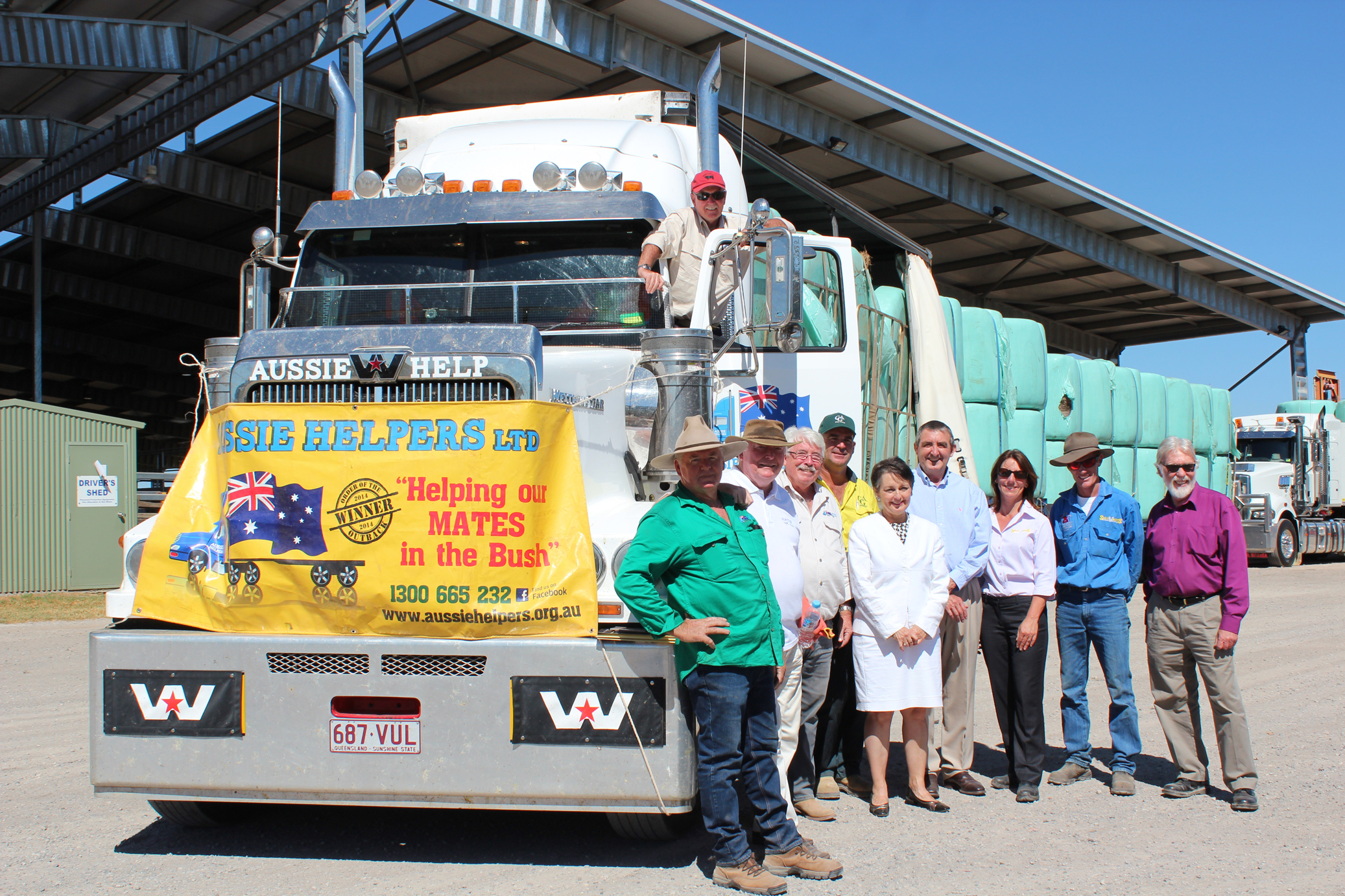 Silage donated by Wingecarribee Shire Council and local farmers has this week left the Council operated Southern Regional Livestock Exchange (SRLX) on route to Victoria in support of drought-stricken farmers.

Below average rainfall and a hot and dry summer have led to particularly challenging conditions for Victorian farmers.

The gesture led by Sutton Forest resident Tim Frost aims to support dairy farmers in Victoria who have been doing it tough in recent months.

“These trucks are bound for farmers doing it tough in Victoria and the west of the State where they’re not as blessed as ourselves with rich pasture and regular rainfall,” said Council’s Business Units Committee Chair, Councillor Duncan Gair.

“Together with local farmers Tim Frost, Michael Luscombe, Peter Martin and Matt Mitchell, we’ve prepared 200 silage bales to be donated to our friends across the border,” he continued.

“Thanks too to the team of truckies from Aussie Helpers who donated their time and trucks in transporting the silage for this great cause.”

Local transporter and fellow farmer Geoff Griffiths donated his time over four days to transport the silage bales, which weigh between 350 kilograms and 420 kilograms, to the SRLX in what Clr Gair described as a “tremendous effort”.

The idea of the silage run started as an Australia Day pledge by Mr Frost and was supported by Council’s Business Units Committee.

Wingecarribee Shire Mayor Larry Whipper said it was heartening to see the Shire’s community come together in support of those impacted by the tough farming conditions.

“Events like this help drive home how vibrant and generous our Southern Highlands community spirit really is,” he said.