Highland boulder on the move 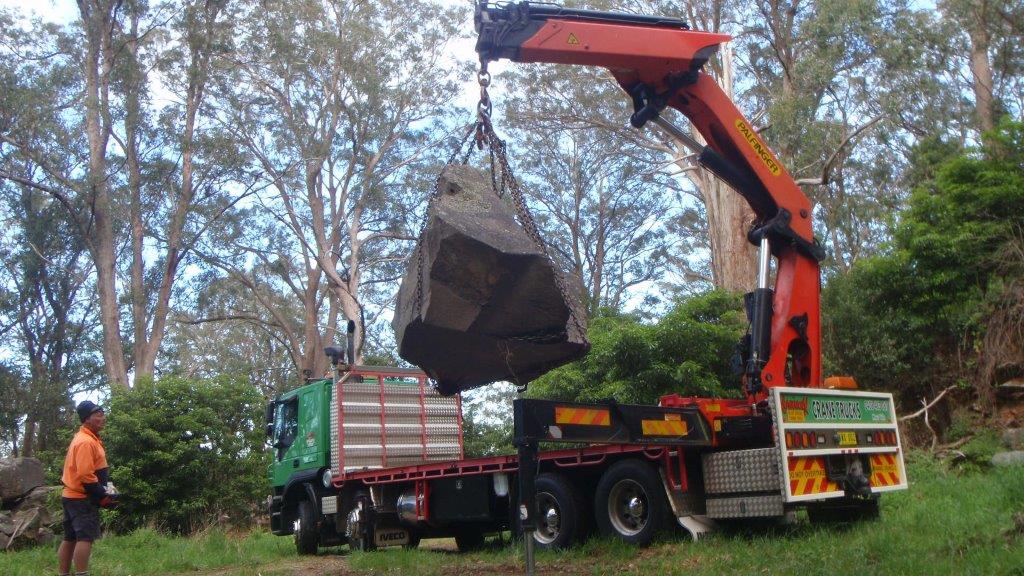 An ancient Southern Highlands stone is set to find a new home in the nation’s capital thanks to Council and the efforts of a band of dedicated local volunteers.

The stone in question is a giant Bowral Trachyte boulder (Mount Gibraltar Microsyenite) and will be transported to the National Rock Garden in Canberra.

The donation of the unique specimen has been made possible by the Mount Gibraltar Landcare and Bushcare group.

“Mount Gibraltar is the only place in the world where this unique stone is found,” she said.

Mount Gibraltar is a volcanic intrusion that cooled in such a way as to form the rock which was exposed following 180 million years of erosion.  The result is a rock which is regarded as one of the hardest stones known to man.

“When the National Rock Garden opened in Canberra we felt it important that a piece of the Southern Highlands be represented at this national exhibition,” Ms Lemann said.

Geologically known as ‘microsyenite’, the stone was commercially traded as Bowral Trachyte in the later nineteenth and early twentieth centuries.

Renowned for its durability, strength and aesthetics, the stone gained prominence as a replacement for Sydney’s original crumbling sandstone kerbs and gutters.

The appeal of the stone continued to grow and it wasn’t long before Bowral Trachyte was found in the construction of numerous high-profile Sydney buildings and monuments.  The Queen Victoria Building in Sydney and the ANZAC Memorial in Hyde Park are just a few key sites featuring the Highland stone.  Bowral Trachyte also features in numerous Federation Commemorative Stones and prominent war memorials across the country and was even used in the construction of the Australian Embassy in London.

Many of these early structures which incorporated Bowral Trachyte have subsequently been listed on the State Heritage Register for their architectural, technical and engineering qualities.

Locally, Bowral Trachyte can be found in some of our Shire’s original residential homes and public buildings such as the former Bowral Court House on the corner of Bendooley and Wingecarribee Streets.

“The Gib really is a very special place and once our stone arrives at its new home in Canberra, visitors from across the country will also be able to appreciate the raw beauty of this unique site,” Ms Lemann added.

“The boulder even displays physical evidence of the markings of the techniques which were used to break the stone for commercial use in years gone by.”