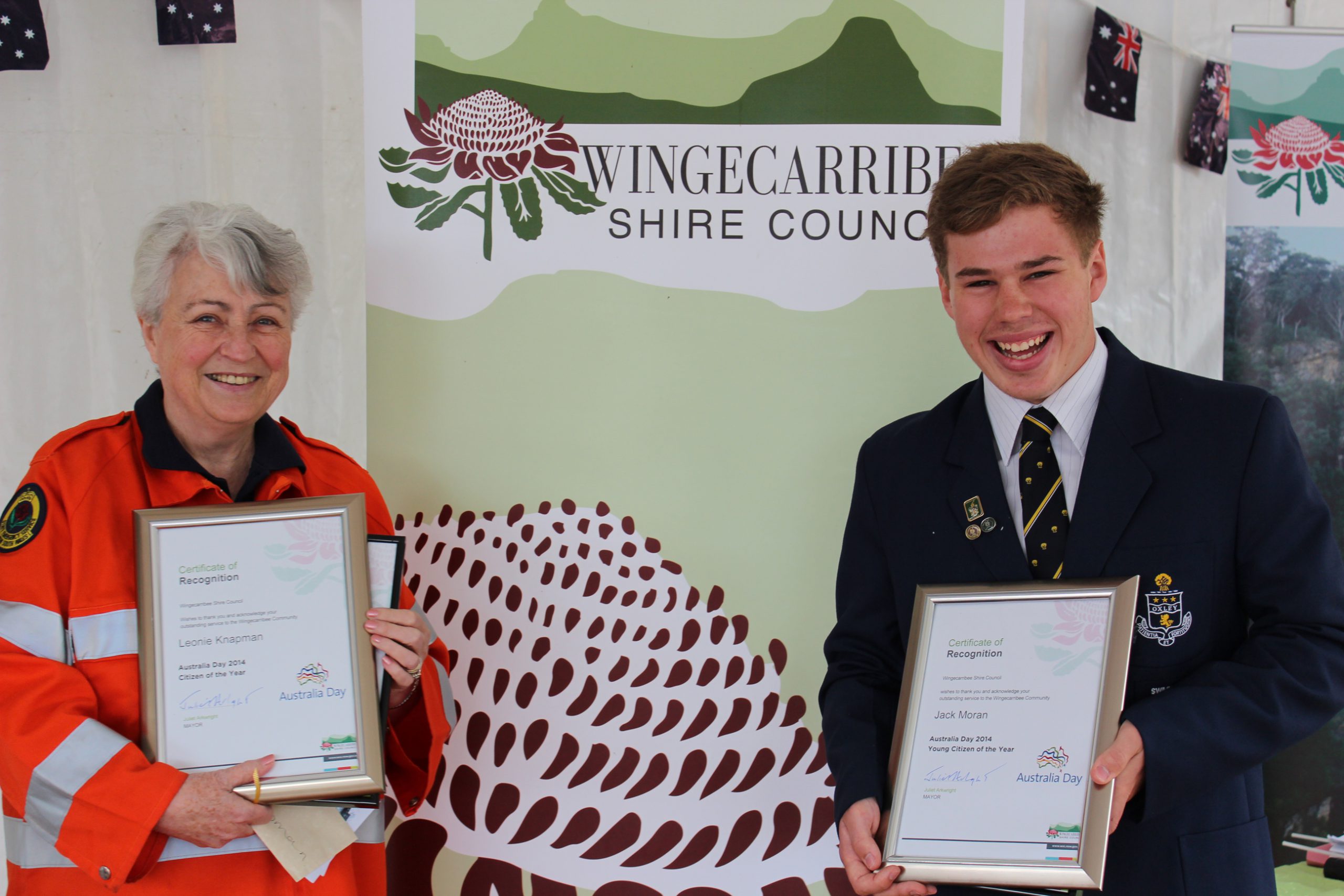 Residents are being encouraged to nominate now for the Wingecarribee Shire’s 2015 Australia Day Awards, with the deadline being extended until close of business on Monday, 19 January.

The Australia Day Awards are one of the most prestigious honours which can be bestowed upon a hardworking member of our local community.

Wingecarribee Shire Mayor, Councillor Duncan Gair encouraged all residents to nominate someone who inspired them and made worthy contributions to the Southern Highlands, including acts of compassion, generosity or bravery.

“The Australia Day Awards are a great opportunity to say thanks and acknowledge those in our community who go above and beyond in their endeavours,” he said.

“We’re looking for people who are role models in our community, who deserve to be singled out for recognition.”

“Even if you think someone is well known for their achievements, it’s best not to assume they’ve already been nominated, and I encourage all residents to submit a nomination of their own,” Councillor Gair said.

“If you’ve been thinking about nominating someone but haven’t got around to filling out the form, you’ve still got time.”

All nominees must reside in the Wingecarribee Shire and nominations must be submitted by close of business on Monday, 19 January 2015.