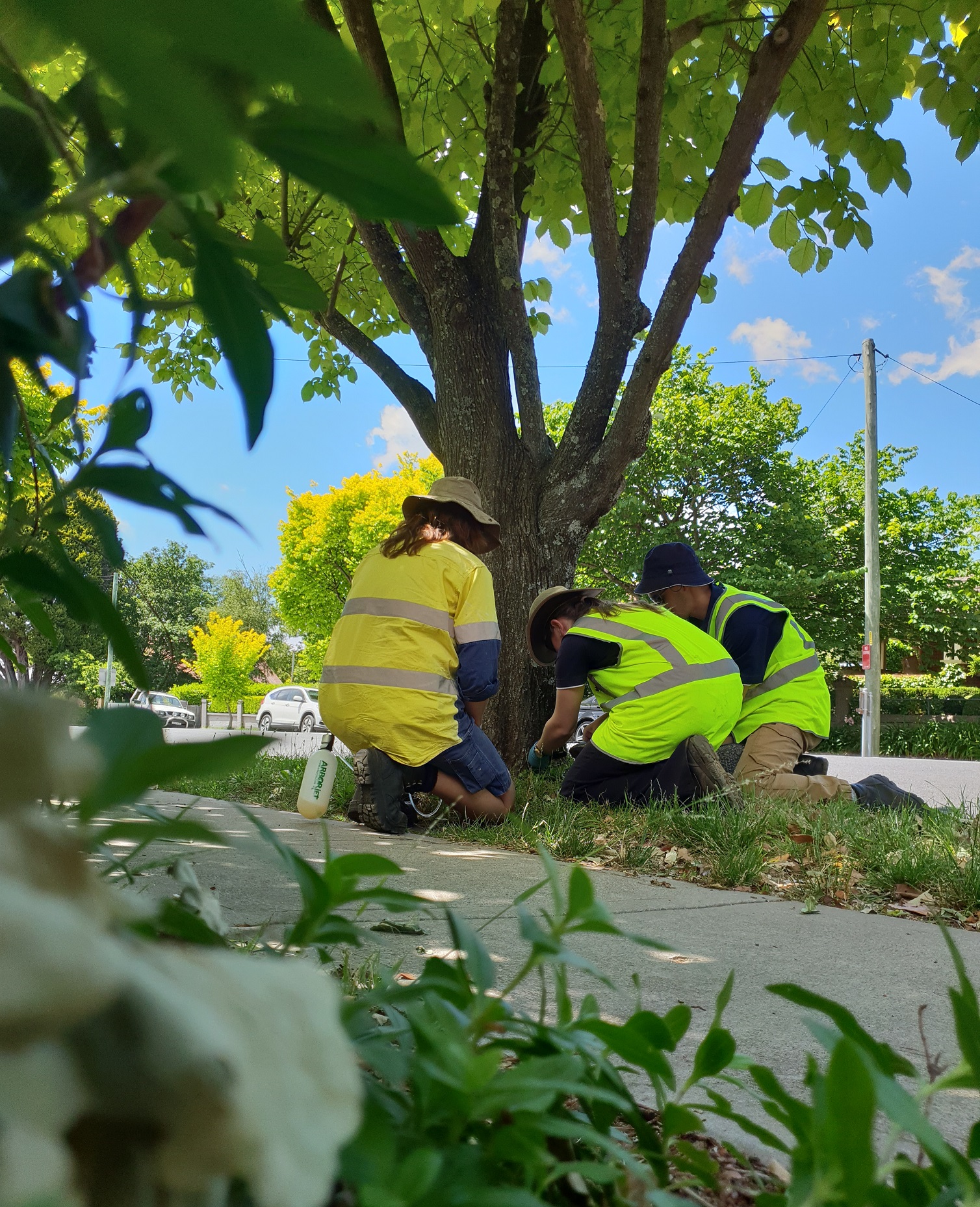 Wingecarribee Shire Council is embarking on a unique pest management program in an effort to reduce the spread of the invasive Elm Leaf Beetle.

Tree and Vegetation Officers from Council have begun a program of injecting elm trees found to contain the destructive insect with a pesticide in a bid to control the introduced beetle.

“The Elm Leaf Beetle was first identified in Victoria in 1989 and in the years since they have moved interstate to Tasmania and New South Wales,” he said.

“In 2013 they were found in neighbouring Goulburn and last year we too detected the first evidence that the beetle had made its way to the Highlands.”

The Elm Leaf Beetle (Xanthogaleruca luteola) is a native insect of Europe favouring a variety of elm trees.  Since first identified in Australia the beetle has spread at a rate of approximately 25 kilometres per year.

Once established in a host tree the beetle and larvae emerge from winter hibernation to feed on young and emerging leaves.  Signs of Elm Leaf Beetle attack include ‘shot-hole’ or ‘scatter gun’ damage to leaves.

“Heavy infestations of Elm Leaf Beetle can completely strip an elm tree of all its leaves,” Mr Bray said.

“The tree will usually send out new leaves the following year but if this happens for repeated seasons, the growth of the tree will be hindered and eventually it can die.”

“But if the beetle is found and managed quickly the trees stand a far greater chance of survival.”

The insecticide program involves Council staff drilling holes or ‘plugs’ at the base of infected trees and injecting them with an Elm Leaf Beetle specific insecticide.  The management program will initially focus on trees on Council-managed land and street verges in and around the Bowral CBD area.

“Elm trees typically grow very well in our Shire’s cool temperate climate and as a result the trees can also be found in many Highland gardens,” Mr Bray added.

“For this reason we also encourage private home owners to look out for signs of Elm Leaf Beetle on their trees and if they suspect they may have a problem to consult their local nursery.”

Adult Elm Leaf Beetles are typically 6mm long, yellow to olive green in colour with a black stripe along each side of the back.