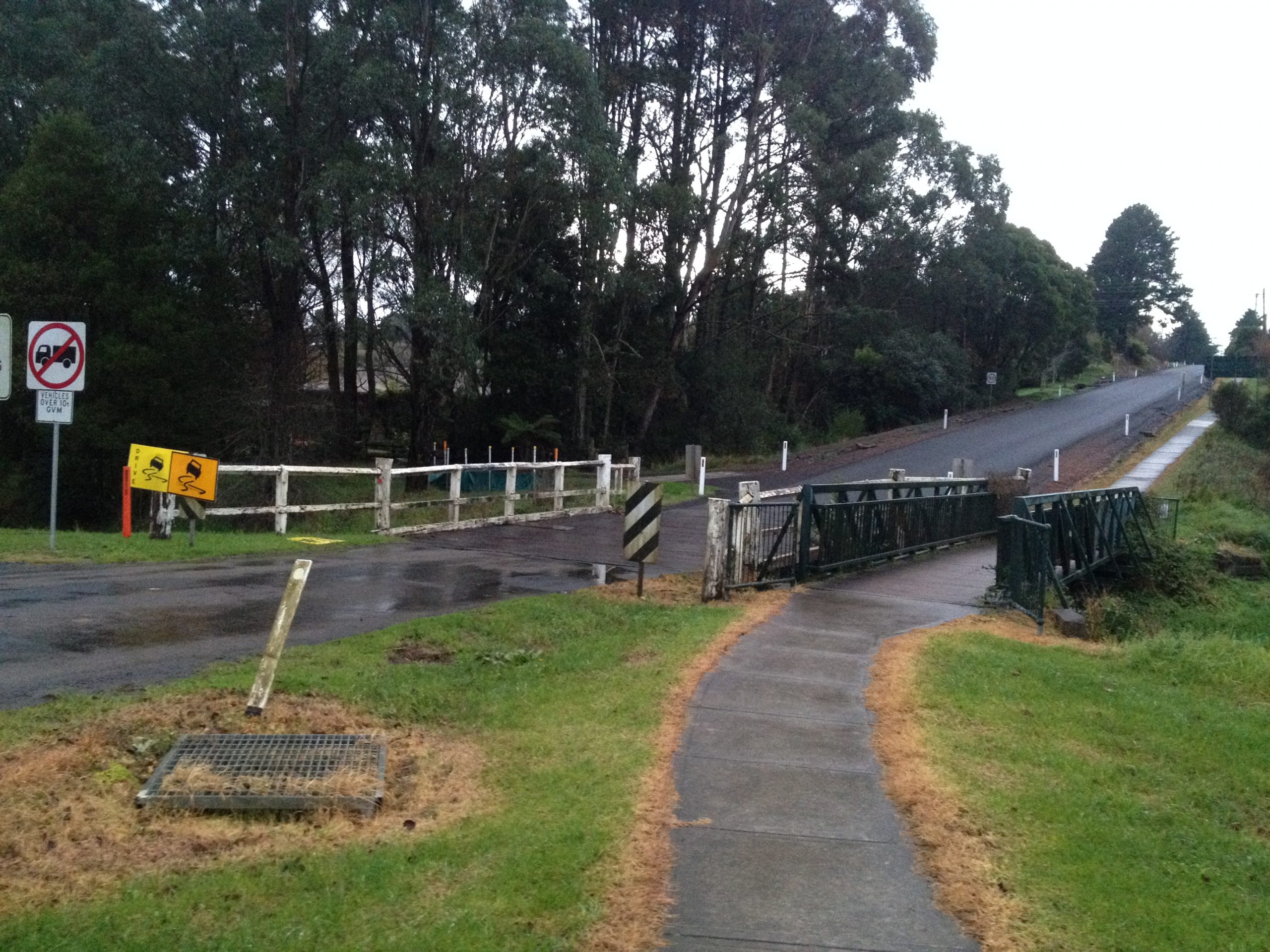 Robertson and Kangaloon are each set to receive new bridges following the announcement of successful grant funding from the Federal Government.

A total of $571,000 was this week allocated to the Wingecarribee Shire by the Deputy Prime Minister and Minister for Infrastructure and Regional Development, Warren Truss as part of the Australian Government’s regional Bridges Renewal Programme.

The two projects to receive funding are:

Council’s Manager of Assets, Selva Selvaratnam, explained the significance of the grant.

“This funding will help us replace two of the Shire’s most in-need rural bridges,” he said.

“In both cases we’ll be replacing an existing narrow timber bridge nearing the end of its serviceable life with a modern dual-lane concrete structure.

In total 29 state-wide projects valued at over $28.5 million were announced as part of the first stage of the $300 million programme which will be rolled out over the next five years.

Council is to match all funding dollar-for-dollar with the combined cost of replacing both bridges estimated at over $1.1 million.

Mr Selvaratnam congratulated staff who worked on the submissions saying construction would start within months.

“More than 250 proposals were received from state, territory and local government areas as part of this first round of funding,” Mr Selvaratnam said.  “To have two submissions approved is a credit to the quality of the submissions prepared by Council staff and a fantastic win for the Shire.”

Work is scheduled to start on the Caalong Street bridge in April 2015 followed by the Kirkland Bridge in the second half of the year.

All bridge renewal projects will be managed under the Australian Government’s National Partnership Agreement on Land Transport.