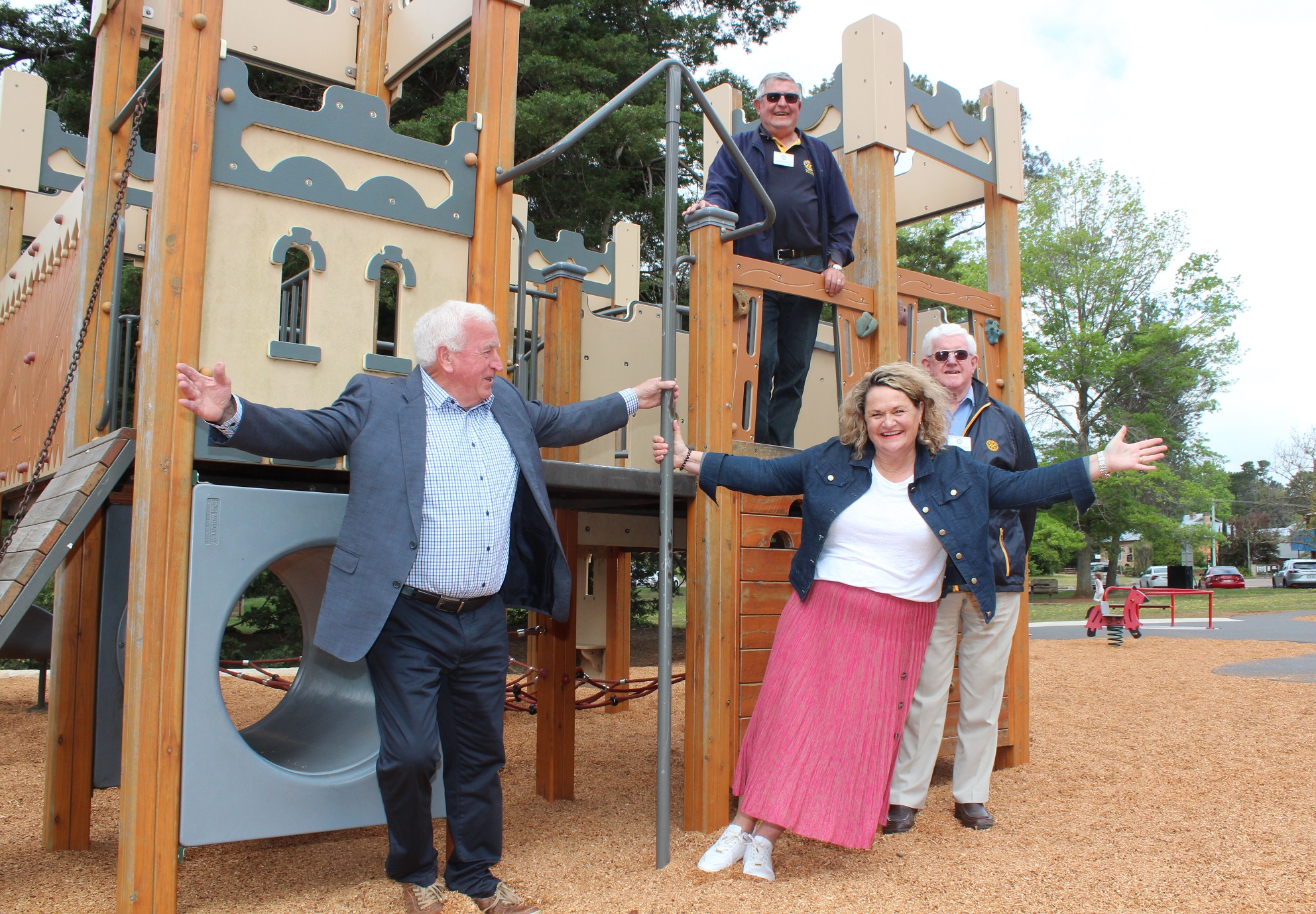 Wingecarribee Shire Council has this week opened the Shire’s latest all abilities playground in Berrima.

Officiating at the opening at the Berrima Marketplace was Deputy Mayor Grahame Andrews and Member for Goulburn Wendy Tuckerman.

The $383,290 project was funded with $270,190 from the NSW Government’s Stronger Country Communities Fund and Community Building Partnership programs, $111,100 from Wingecarribee Shire Council and a further $2000 donation from Berrima District Rotary Club.

Included in the upgrade of the playground are two new carousels, in-ground mini trampolines, a seesaw, play-net and toddler play ship.  A new soft-fall base, retaining walls and carpark access have also been added.

“This is a terrific facility for the village’s children and visitors and I am delighted to be part of a Government that is delivering for our regional communities,” Mrs Tuckerman said.

“Thank you to Wingecarribee Shire Council and Berrima District Rotary for bringing the playground to fruition.”

“This is a fabulous addition to the existing playground,” Councillor Andrews said.  “The addition of the new equipment now makes the playground much more accessible to children of all abilities.”

Councillor Andrews was confident the new playground would prove popular with locals and visitors.

“We know that the playground is already a hit with the children of Berrima,” he said.  “But we think that popularity will extend to guests visiting the village when the word spreads about how good the facility is.”

“I think a lot of the mums and dads will likely explore the surrounding shops once the children have exhausted themselves on the play equipment.”

“On behalf of our Shire’s youngest residents I thank the Member for Goulburn, Wendy Tuckerman for supporting this fantastic new playground,” Councillor Andrews added.

“In conjunction with Council and the broader Berrima community we’re delighted to have been able to deliver this wonderful addition to the village.

“I’m certain this new all abilities playground will bring endless smiles to hundreds of children’s faces who visit the park for many years to come.”

The Berrima Marketplace All Abilities Playground is located between Bryan Street and Jellore Street on the Old Hume Highway in Berrima.