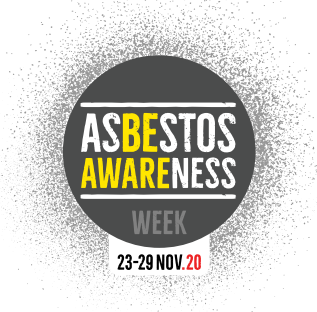 In the lead up to Asbestos Awareness Week, Wingecarribee Shire Council is reminding home owners and renovators of the risks of asbestos.

“Even though the manufacture and use of asbestos was banned several decades ago, it can still be found in many houses across our Shire that were built up until this period.”

Some of the household items where asbestos-related products may be found in pre-1987 built homes include flooring under carpets, linoleum and vinyl tiles, behind wall and floor tiles, in cement floors, internal and external walls, ceilings and roof sheeting, eaves, garages, around hot water pipes, fences, chook sheds and dog kennels.

Mr Wilton emphasised that asbestos removal was a job best handled by a licensed professional.

“It’s important to remember that only a licensed asbestos removalist can remove asbestos greater than ten square metres in size,” he said.  “That’s about the same size as a small bathroom.”

“As a general rule Council suggests anyone undertaking any removal of asbestos to engage a licensed contractor to undertake the job,” he said.

Research undertaken by the Australian Government shows that 1 in 5 home renovators have encountered asbestos, but only half sought any kind of professional help to deal with it.  The same research revealed that a third of renovators admitted to incorrectly disposing of asbestos, including in their own household bin or their neighbour’s bin.

“Apart from the considerable cost to safely clean up incorrectly disposed of or deliberately dumped asbestos, such acts increase the risk of exposure not only for the renovator but for the wider community.

“Asbestos-related diseases still contribute to some 4,000 deaths each year across the country and that’s why Council continues to have a zero-tolerance approach to illegal dumping,” Mr Wilton said.

Asbestos Awareness Week will be held across the country from 23 to 29 November 2020.