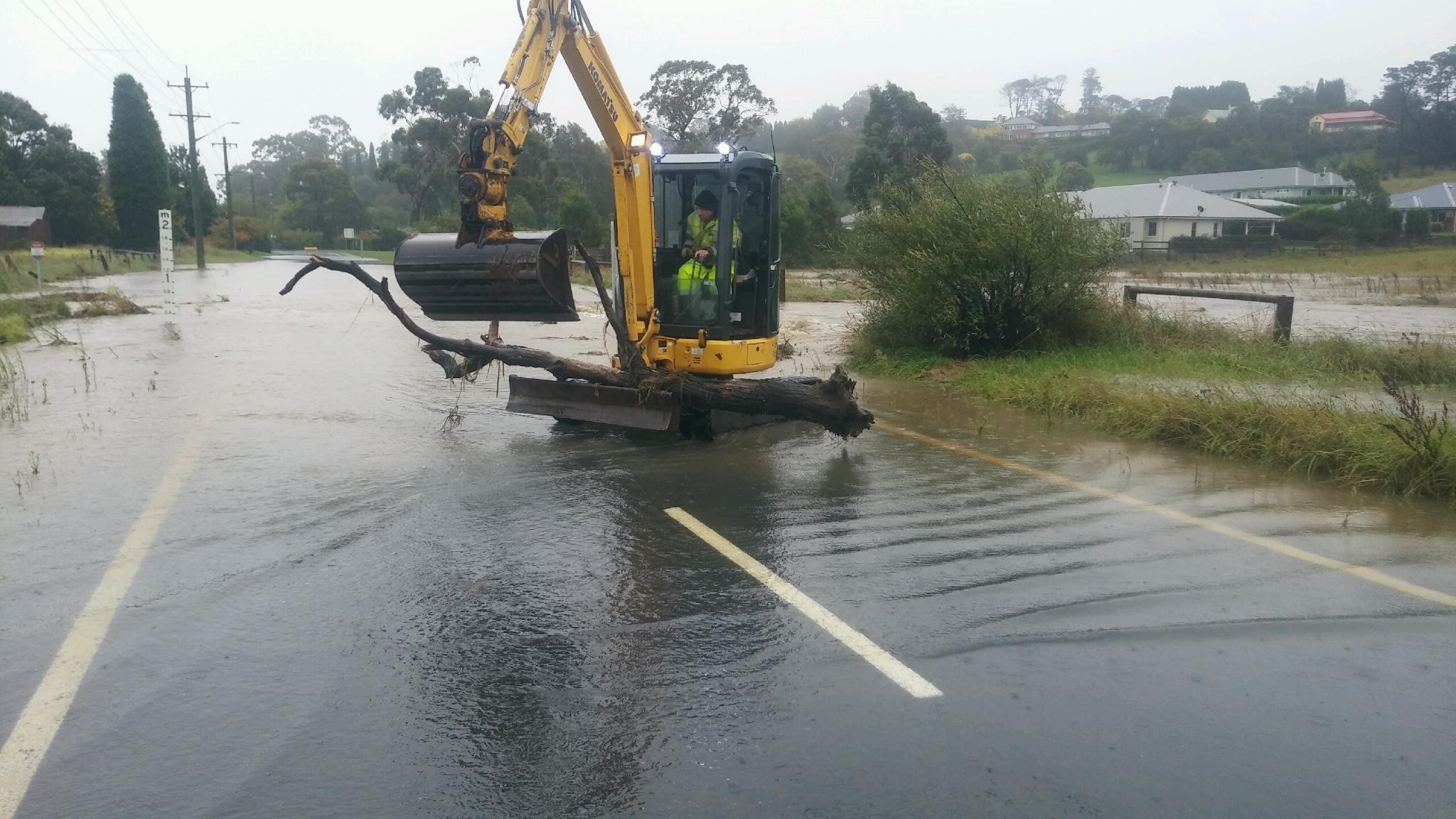 Wingecarribee Shire Council’s Acting General Manager is urging motorists to take extra care on the roads as holiday traffic increases across the Shire.

“While we avoided some of the more serious flood damage experienced by our northern neighbours, our Shire still reported considerable loss,” he said.

“The most visible physical damage was sustained across our road network.”

“In addition to repairing the reported faults they’re also busy traversing our Shire’s 1,200 kilometre network of roads proactively searching for additional rain damage to our infrastructure.

“We’re well progressed in actioning these requests despite the geographic expanse of our Shire.”

“While the majority of our roads have now re-opened, even minor rainfall in the days ahead could exacerbate our already swollen waterways,” Mr McMahon added.  “I remind residents to never drive, cycle, walk or play in floodwaters.”

“I’m pleased to report that almost 100 of these jobs have now been tended to and we’re hopeful of finalising the remainder in the days ahead,” he said.

“I remind residents to contact Council as a matter of urgency should they witness any faults to our infrastructure.”

Issues can be reported to Council’s Customer Service team by phoning 4868 0888 (24 hours), email at mail@wsc.nsw.gov.au or online at www.wsc.nsw.gov.au.  Customers with smartphones can also report a fault by downloading the Snap, Send, Solve app which allows users to take a photo of the issue and send it to Council within a matter of minutes.  The free app is available from the App Store or Google Play.

“Our crews have been working through some pretty ordinary conditions to make our roads safe and open them as soon as possible,” he said.

Mr McMahon also thanked residents for their continued patience as Council crews continued to clean-up after the flood waters.

“On behalf of the staff and management at Council I wish all residents and visitors to the Highlands a happy Easter and safe journey this long weekend.”