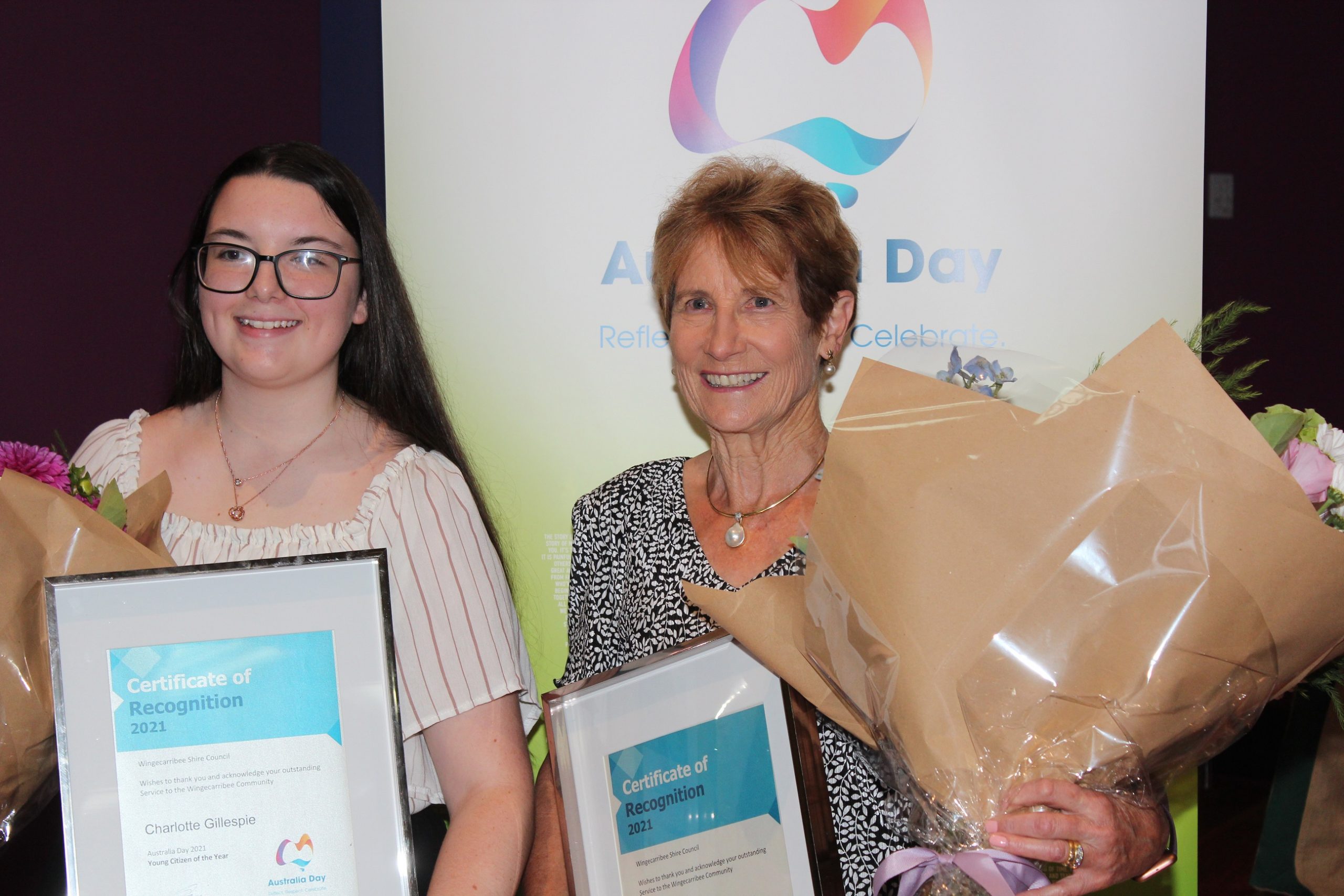 Mrs Constable has been a long-time advocate and supporter for senior citizens across the Shire and has served more than 17 years on the Board of the Wingecarribee Adult Day Care Centres Inc (WADCC).

During her time on the Board of the WADCC, Mrs Constable has held the positions of Secretary, Vice-President and President and helped oversee the transformation and expansion of the organisation’s Bowral facility and development of the Moss Vale Queen Street Centre.

Young Citizen of the Year was awarded to Charlotte Gillespie.

The Chevalier College student was nominated for her community and volunteer work including time visiting the elderly at Harbison Care and the Abbey Nursing Home.

“We’re very fortunate to have such dedicated, hardworking and compassionate people in our Shire,” he said.

“The Southern Highlands is without doubt a better place as a result of their selfless contributions.”

The Mayor said choosing just two recipients this year was a difficult task.

“The Australia Day Awards provide an opportunity for Council and the community to recognise and thank those residents who continue to work for the betterment of our community,” he said.

“I commend all of our nominees for the positive impact they have made towards our Shire.”

Both recipients will be presented with their awards during Wingecarribee Shire’s Australia Day celebrations at the Moss Vale Services Club from 10.30am on Tuesday 26 January.