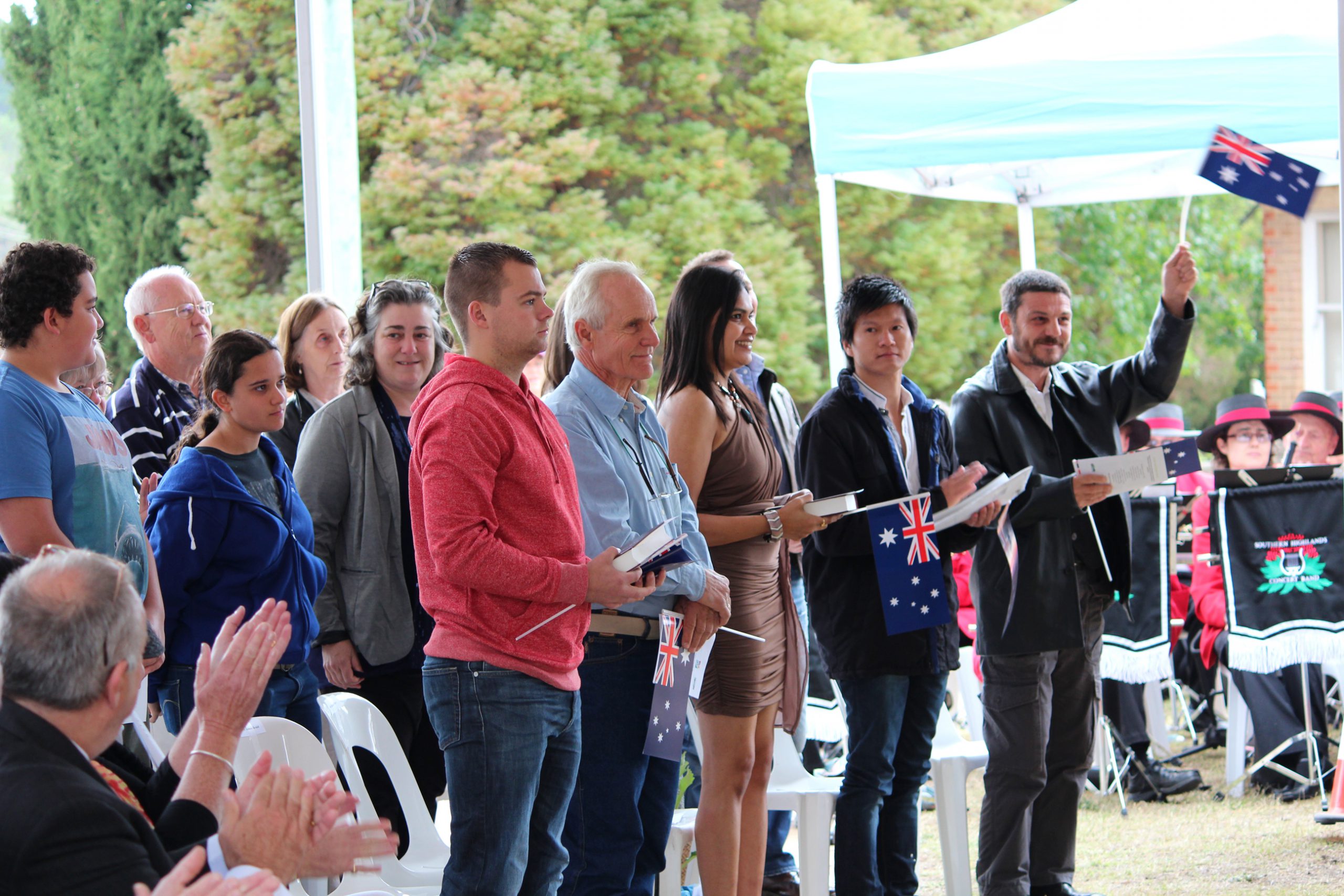 Wingecarribee Shire Mayor, Councillor Larry Whipper said the occasion was not only a chance to celebrate what unites Australians on Australia Day but to also acknowledge the importance of citizenship.

“Becoming an Australian citizen is without a doubt a very special occasion,” the Mayor said.  “But doing so on Australia Day makes it even more memorable.”

“Citizenship marks the final stage of their migrant journey as they pledge their commitment to Australia and its people and accept the privileges and responsibilities of becoming an Australian.

Following the Citizenship Ceremony, our Australia Day Ambassador – veteran Australian screen and stage actor and Southern Highlands resident John Waters – will address the crowd prior to the announcement of this year’s Australia Day Citizen and Young Citizen of the Year recipients.

After the official ceremony John will also play a selection of songs on the lawn of the historic Court House whilst free morning tea is served.

“John is without doubt one of this country’s finest actors and performers and we’re absolutely delighted he’s joining us for our celebrations”, Councillor Whipper added.  “And we’re thrilled he has agreed to go beyond his speaking duties and play for guests later in the program.”

“Having previously attended one of his shows I can guarantee his performance will be one of the day’s highlights.”

Celebrations will continue with the famous grand parade at 12 noon featuring vintage cars, bikes and tractors.  Entertainment will continue until 4pm and includes rides, amusements and a farmyard nursery for the children.  Entry is free.

“I encourage everyone to join in Wingecarribee Shire’s Australia Day festivities and celebrate all that is great about our nation,” Councillor Whipper added.