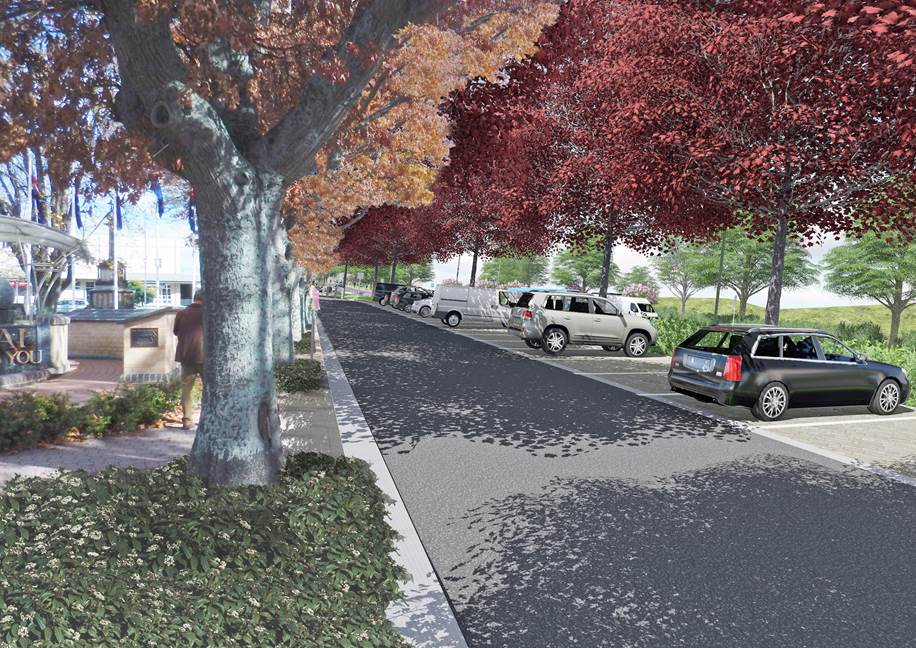 The concept plans detail the overall design of the proposed $9.5 million project including road realignments, changes to parking and streetscape improvements.

Major elements of the proposed project include the construction of two lanes in each direction between Bundaroo and Bowral streets, construction of a new roundabout at Bong Bong Street, significant landscaping improvements and improved parking facilities and access to Bowral’s CBD area.

“For many years motorists and residents have shared their frustration about the ever-increasing traffic in and around Bowral’s town centre,” he said.  “The problem has grown over the years and is most problematic around the morning and afternoon peak hours.”

The project grew from a recommendation in the 2012 Bowral Parking, Traffic and Transport Strategy which suggested upgrading Station Street and extending Railway Parade to help improve traffic flow in and around the town centre.

In 2013 Council subsequently secured $7.5 million in funding towards Stage 1 of the project as part of the NSW Government’s Restart NSW Illawarra Infrastructure Fund.

The detailed concept design is being made available for community engagement before Council looks to finalise designs and engage construction contractors.

“As part of this process residents can see where we plan to construct and make improvements to the street layout to help alleviate traffic issues, ensure the town remains functional and to enhance the visual amenity with an improved streetscape,” Mr Lewis said.

“At the same time they can provide feedback on car parking and landscaping options that they’d like to see incorporated into the project.”

As part of the exhibition residents can take a virtual tour of the project via an animated ‘drive through’ video.  The video joins a suite of documents including fact sheets, maps and an artist’s impression available from the dedicated community engagement website www.yoursaywingecarribee.com.au/SSU.

As part of the month-long exhibition period a public kiosk will also be temporarily located at 31A Station Street providing an opportunity for passerbys to view the documents in person and ask questions of the project.

“We encourage residents to log on or pop in and see for themselves the proposed concept plans we have for Station Street and the greater Bowral town centre,” Mr Lewis added.

Feedback can be submitted via email to mail@wsc.nsw.gov.au, by post to PO Box 141, Moss Vale NSW 2577 or online at www.yoursaywingecarribee.com.au/SSU.