Breaking News: This is a link. 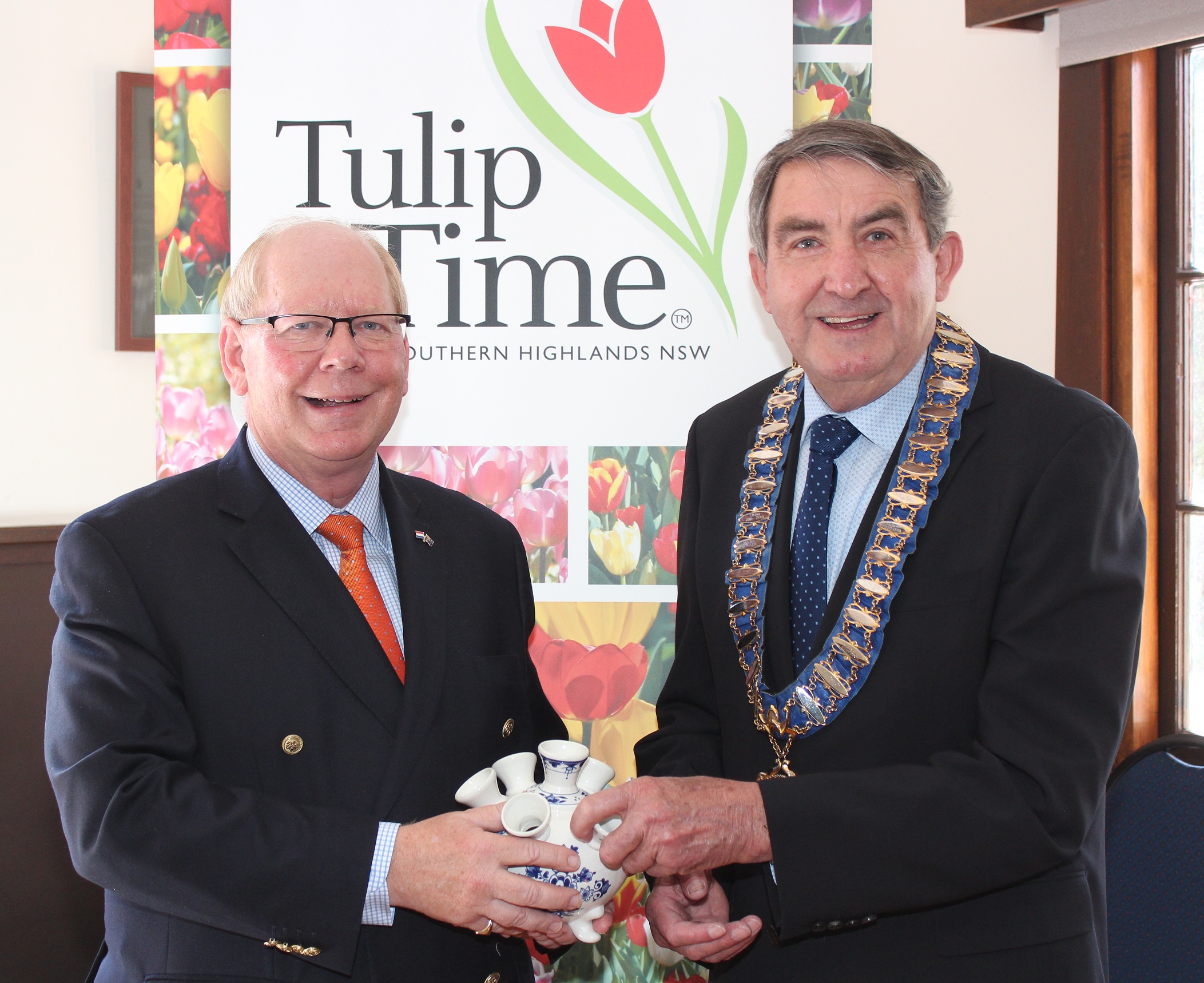 Wingecarribee Shire Mayor Duncan Gair has this week welcomed Mr Matthew Neuhaus, Australia’s Ambassador to the Netherlands, on a visit to Bowral in the lead up to this year’s Tulip Time celebrations.

“It was an absolute pleasure hosting Mr Neuhaus yesterday at Corbett Gardens in Bowral,” the Mayor said.

“He took great delight in inspecting our preparations for our Tulip Time celebrations to be held later this month.”

Mr Neuhaus visited Corbett Gardens in his role as the Australian Ambassador to the Kingdom of the Netherlands.

Mr Neuhaus has served in the role for over a year and previously served as Ambassador to Zimbabwe; Director, Political Affairs Division, Commonwealth Secretariat, London; and High Commissioner to Nigeria.

The Netherlands is one of Australia’s closest European partners and Mr Neuhaus’s role involves expanding our already strong international relationship with the country.

“Australia shares a 400 year strong history with the Netherlands but our Shire’s more tangible connection is that of our annual floral festival,” the Mayor said.

“Much like the Netherlands our Shire has become synonymous with tulips and Mr Neuhaus has promised to share his experiences of the Southern Highlands on his return to his diplomatic home.”

Interestingly, Mr Neuhaus lived in Bundanoon for many years and is set to return once his diplomatic responsibilities are complete.

As part of his visit Mr Neuhaus presented Mayor Gair with a porcelain tulip vase from Holland.

The Shire’s 59th annual Tulip Time celebrations will be held from 24 September through to 7 October 2019 in Bowral’s Corbett Gardens and across the Southern Highlands.

For the full Tulip Time program including events and booking details, visit www.tuliptime.net.au.