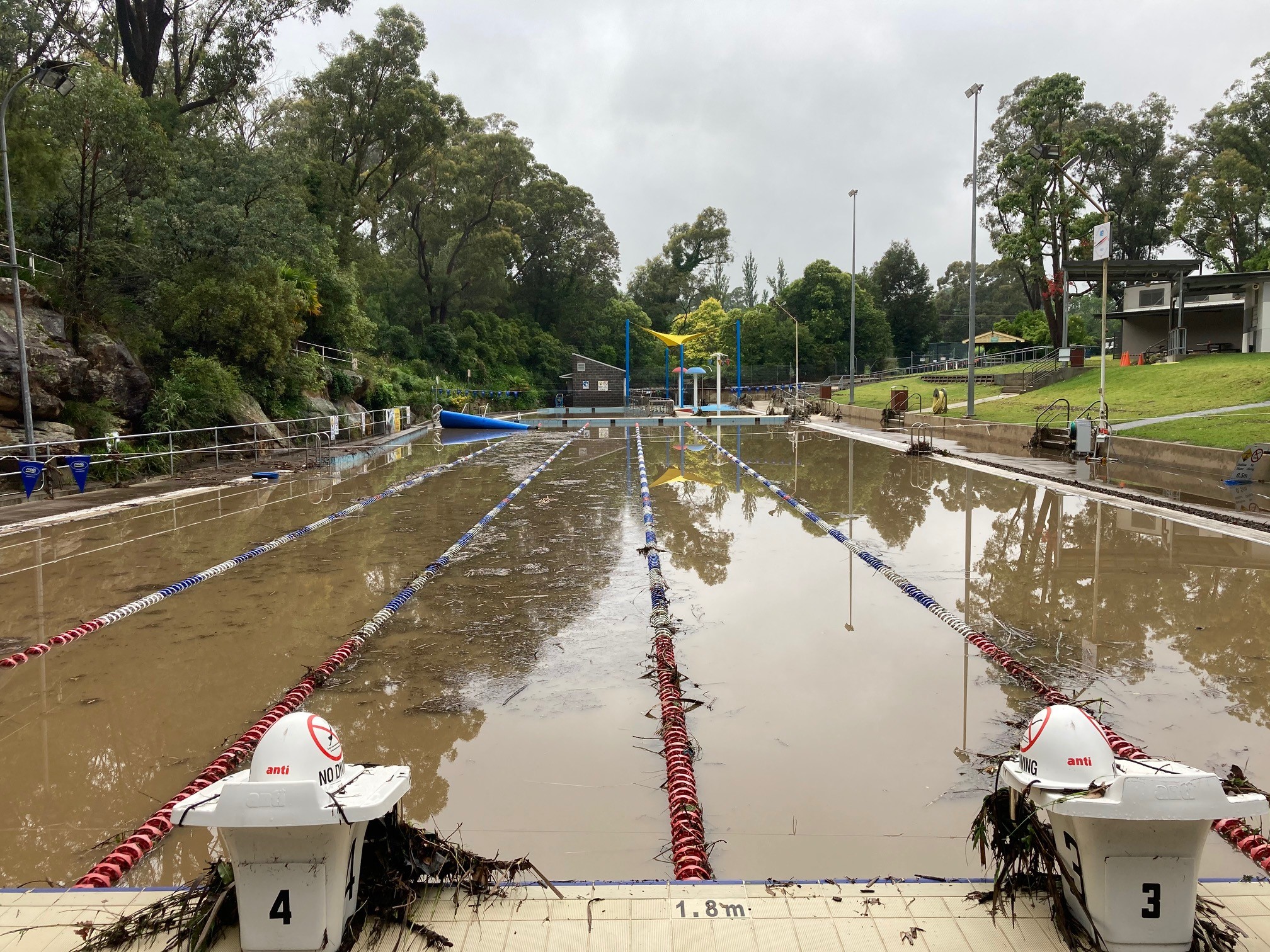 “The significance of last Wednesday’s rain event is becoming more apparent as we receive more data,” he said.  “While it was a relatively brief downpour the data is nonetheless significant.”

Measurements taken at various locations across the Shire reveal between 150mm and almost 200mm of rain fell in less than two hours from 4pm on Wednesday 16 December 2020.

The most intense rainfalls were recorded in the vicinity of the Bowral and Mittagong townships whereas some outlying villages recorded minimal falls.

Based on existing rainfall data for these areas the event was equivalent to a 1:2000 year localised rainfall event.

“Fortunately, no major reports of accidents or incidents were received.”

“It appears that the majority of our public assets pulled through relatively unscathed,” he said.  “The most significant Council asset to be impacted was the Mittagong Swimming Centre.”

Initial inspections suggest the pool’s mechanical plant including filters and pumps have been potentially damaged.

“We’ll know more when we drain the pool of the flood waters and clear the pool’s base of debris and silt.”

The pool will remain closed until the assessment, clean-up and any remediation work resulting from the inspection are undertaken.  A public announcement will be made following the investigations.

Council apologises for any inconvenience and thanks patrons in advance for their patience.