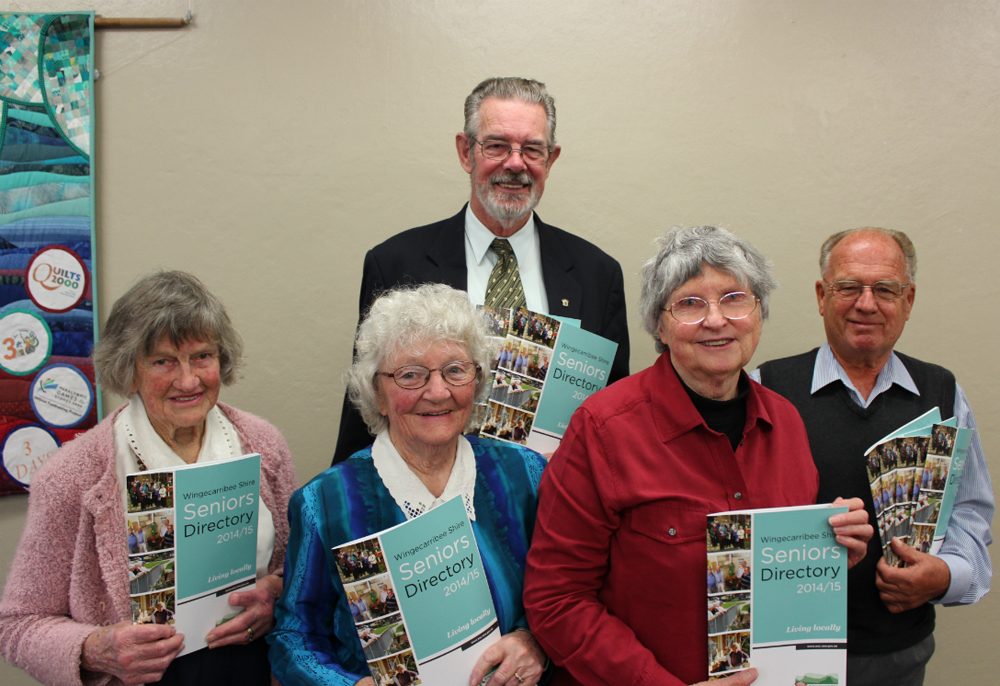 A mystery bus trip, concert band, annual great debate and unveiling of community exercise equipment are just some of the highlights Wingecarribee Shire Council has planned for this year’s Seniors Week festivities.

Celebrations kick off on Sunday 16 March when the Mittagong RSL will play host to an Indoor Bowls day complete with morning tea followed by an afternoon church service hosted by the Mittagong and District Senior Citizens and Welfare Club.

On Monday 17 March our Shire’s evergreen citizens can enjoy some new activities including playing outdoor chess or dancing in Bowral’s Corbett Plaza which will be followed by ‘Cyber Seniors’ – a series of smart phone and tablet seminars on Tuesday 18 March at Council’s Moss Vale Civic Centre Theatrette.

Tuesday also sees the return of the now traditional Great Debate in Council’s Theatrette from 7pm. Now in its 16th year, this year’s debate will see local high school students line up against some of our Shire’s more veteran debaters.

On Wednesday 19 March some of Australia’s best short films will be screened at the ‘Young at Heart’ short film festival in Hill Top and Robertson. Wednesday will also see the unveiling of new passive outdoor exercise equipment along Bowral’s Cherry Tree Walk. Tai Chi demonstrations and gentle exercise classes will also feature at the launch.

Thursday 20 March sees the return of one of the week’s most popular events, the Mystery Bus Tour; and then on Friday 21 March seniors can wind down after a busy week with Lunch at the Lake on the foreshores of Lake Alexandra in Mittagong.

Music Director Paul Scott Williams will have toes tapping during the final event of the week with the free presentation of ‘The good old days are here again!’ music spectacular performed by The Southern Highlands Concert Band at the Moss Vale Services Club on Sunday 23 March.

Chairman of the Seniors Committee, Councillor Ian Scandrett said this year’s program had been designed to cater for all tastes and abilities.

“Recognising and respecting our Shire’s largest demographic audience is vitally important and Council staff have done this by putting together another great line-up of activities for this year’s celebrations,” he said. “I’m particularly looking forward to the Great Debate to see whether youth or experience triumphs this year.”

“The unveiling of the new passive outdoor exercise equipment along the Cherry Tree Walk and next door to the Bowral Swimming Pool is another fantastic initiative that will benefit residents of all ages for years to come.”