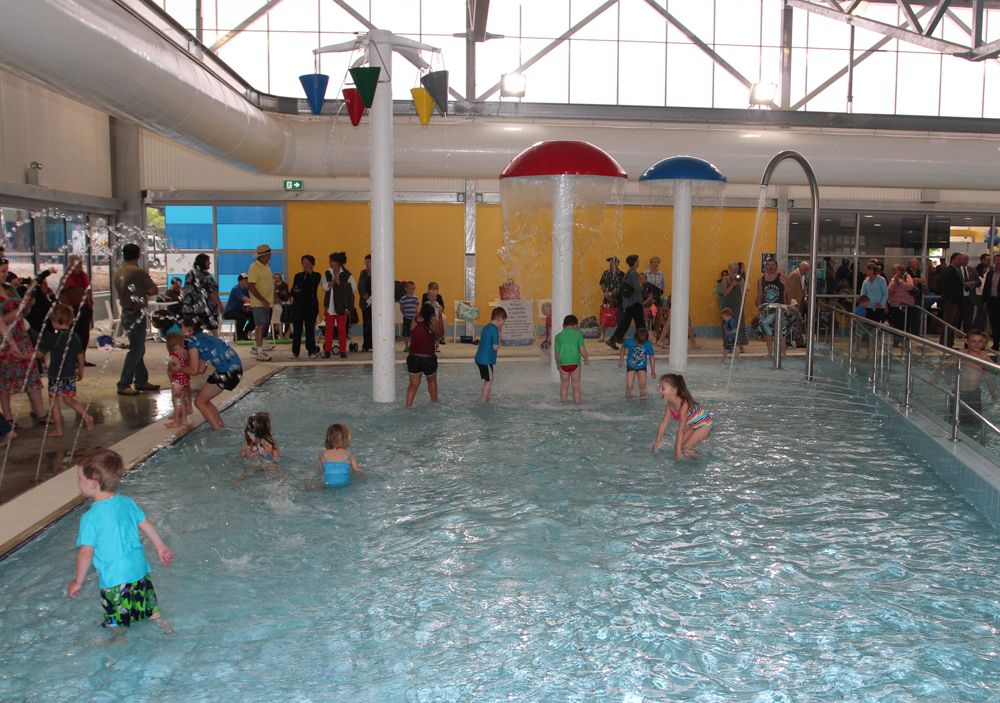 The Moss Vale War Memorial Aquatic Centre has proven to be one the Shire’s top attractions this summer with visitors flocking to the newly constructed all-weather fitness facility.

According to turnstile figures there were more than 21,000 visits to the purpose-built fitness centre in the eight weeks since the doors opened. In comparison, 4,972 admissions were recorded over the same period for the final season of operation on the site of the former Moss Vale Pool.

“On the opening day alone the Centre had over 1500 guests file through the doors,” Councillor Whipper said.

“We’ve had a fantastic response to a number of our programs and services including our health club memberships, Learn to Swim lessons and Aquaerobics,” he said.

“Similarly, we’ve also had a very strong response to job vacancies with applications received for a range of positions within the centre,” Mr Wrightson added.

Wingecarribee Shire Mayor, Councillor Juliet Arkwright was unanimous in her praise of the centre.

“With patronage well over 400 per cent on the previous period for the old pool, it’s proof that the Shire’s residents were desperate for such a facility,” she said.

“It also vindicates both our decision, and the previous term of Council, to proceed with its construction despite the obstacles.

“However, the initial success of the Aquatic Centre would not have been possible without the entire Shire’s support,” the Mayor added.

“On behalf of Council I thank all our residents for their continued patronage and for embracing this invaluable community project.”