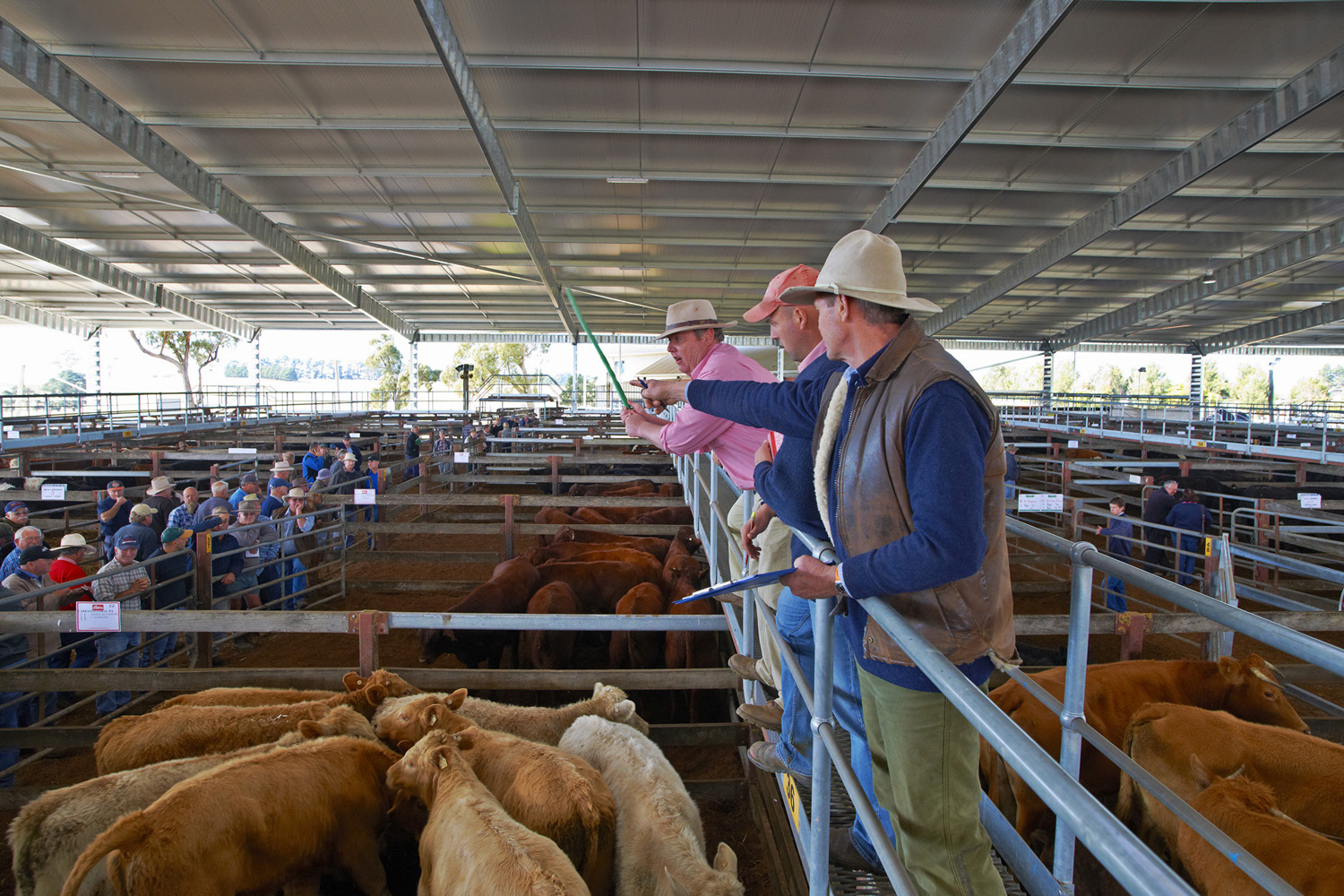 January has proven a bumper start to the year for Council’s Southern Regional Livestock Exchange (SRLE) as sales exceed one million dollars for both sales.

“In fact the first sale of the year broke the $1.3 million barrier.”

“Our last auction saw a number of Simmental cows fetch $1.98 per kilo,” Mr Murdoch said.  “This meant that the cows were sold for an average of almost $1750 each!”

Mr Murdoch cited a number of conditions for the record results.

“Drought conditions around the country have eased, the national herd has decreased to 26 million and the drop in the Australian dollar has contributed to the record livestock prices,” he said.

“As a result, we’re seeing farmers re-stock their numbers which in turn is boosting both local market demand and the national export market,” he said.

“Across our region we’ve also recorded some good rains of late,” Mr Murdoch said.  “This has led to a plentiful supply of grass and feed which in turn buoys confidence and optimism in the market.”

“And there’s no reason for the market to let up in the short-term, in fact, we’re predicting prices for dry cows to nudge the $2000 per head mark.”

Chair of the Business Units Committee which oversees the Southern Regional Livestock Exchange, Councillor Duncan Gair, said the results were a boon for the region.

“These most recent cattle auction results vindicate our decision to cover the Livestock Exchange back in 2011,” he said.

“Not only has it increased the number of cattle sales passing through the gates each year which in turn gives our local economy a shot in the arm,” he said.  “But it’s also transformed the Moss Vale facility into one of the premier saleyards in the state.”

“I congratulate all the staff involved in preparing and securing these record cattle auctions and thank our regional farmers for their continued support.”