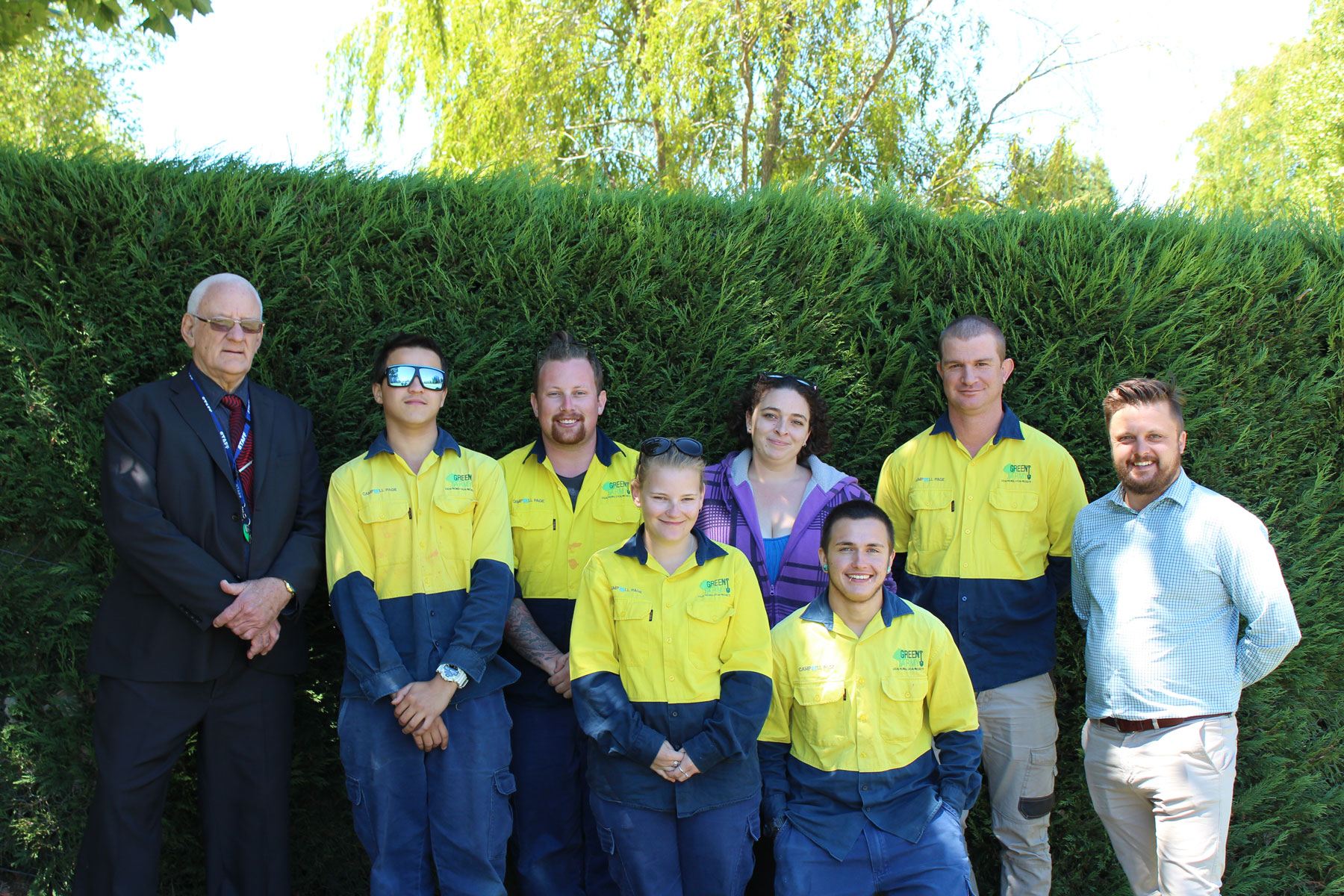 Following six months of intensive environmental work on the Wingecarribee River, the second round of Green Army participants are preparing to down tools as the rehabilitation project draws to a close.

“The young people that worked on the Green Army should be very proud of what this project has achieved,” the Mayor said.  “It’s provided them with valuable work skills and has greatly improved the health of the Wingecarribee River, particularly around the popular Bong Bong walking track.”

As part of Stage 2 of the Upper Wingecarribee River Rehabilitation Project, Green Army participants from Campbell Page focused their efforts on rehabilitating the riverbank surrounding the Burradoo section of the Wingecarribee River.  These works complimented Stage 1 works which were concentrated downstream along the Bong Bong Common.

Both stages involved poisoning and removing infestations of environmental weeds including Willows, Privets, Hawthorns, as well as Blackberry and Japanese Honeysuckle.  Follow-up works involved extensive planting of native plants including sedges, rushes, shrubs and trees with the aim of returning the riverbank vegetation to its natural state.

As the service provider, Campbell Page was responsible for team recruitment, training and day-to-day supervision and support.

“Apart from making a significant contribution to the local environment the team members have also developed new skills and completed accredited training,” she said.

“Our entire community should be rightly proud of their efforts,” the Mayor said.  “They’ve done a fabulous job in restoring and protecting the Wingecarribee River’s ecosystem.”

The Green Army is an Australian Government initiative that taps into local knowledge to meet regional environmental challenges. In the past two years Council has hosted two Green Army projects.

The program was recently discontinued.