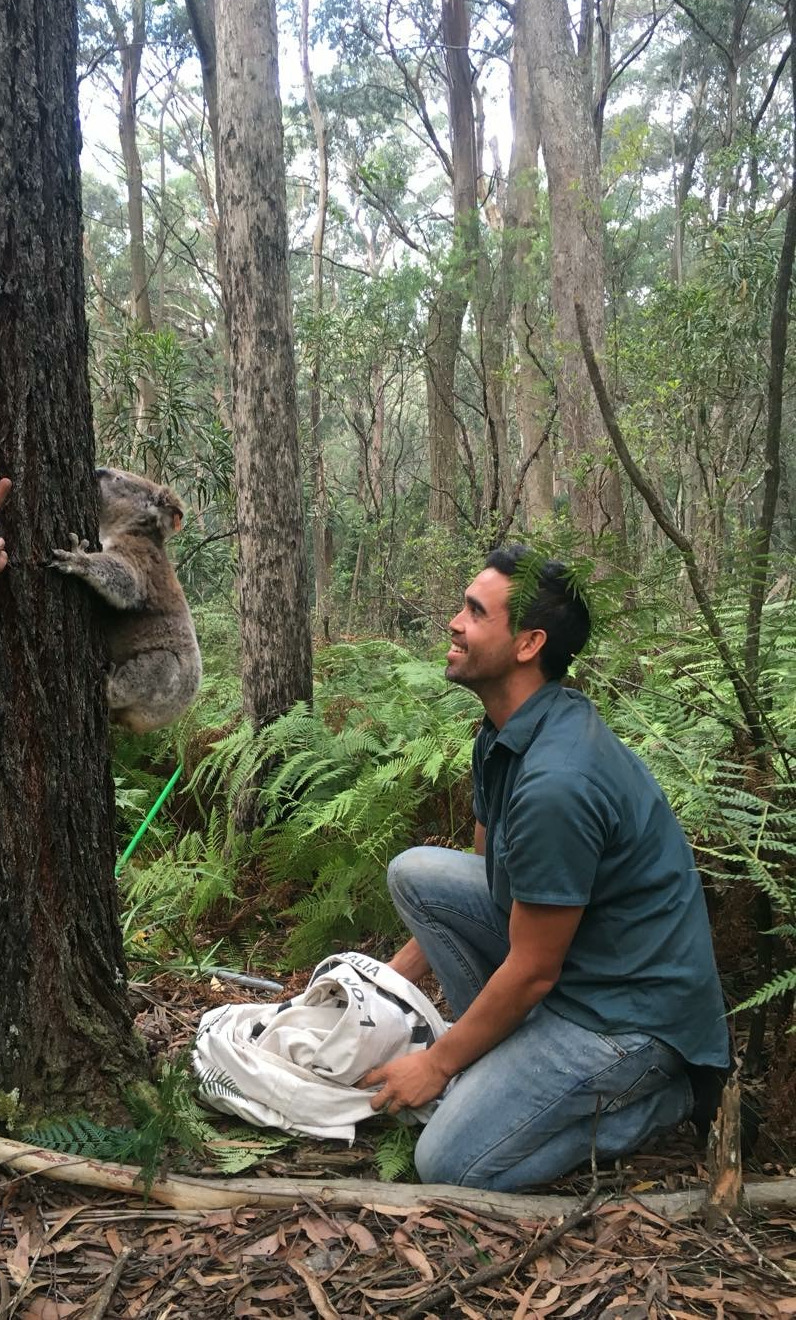 ‘Tug’ the koala has this week become the first rehabilitated koala to be released onto ‘Tugalong Station’.

The NSW State Government purchased the 3,680 hectare property in February this year to help safeguard the local koala population.

“Tugalong Station is a really special area because it’s a crucial part of the Great Western Wildlife Corridor,” she explained.  “It also contains valuable Grey Eucalypt Gums which are a favoured tree of koalas.”

The Great Western Wildlife Corridor is considered a crucial route for koalas moving between the Greater Blue Mountains World Heritage Area through to the Morton National Park in the Southern Highlands.

“It’s for this reason that Tugalong Station in Canyonleigh is considered such an important koala habitat in our Shire.”

Tug first came to the attention of Council in March of this year when he was found on the side of Canyonleigh Road with Ocular Chlamydia, a disease which causes blindness if left untreated.  Since then Tug has been cared by volunteer carers Kerstin Schweth and Richard ‘Woody’ Woodman from Wildlife Rescue South Coast.

“Kirsten and Woody did an amazing job nursing Tug back to health,” Margot said.

“This week’s release is a joyous occasion for everyone involved with Tug,” she added. “By returning him to his habitat in good health, we’re helping to ensure the long-term survival of this iconic Australian species.”

To learn more about the Southern Highlands Koala Project, including a video of Council’s ‘Koalarama’ community information sessions, visit www.wsc.nsw.gov.au/koalas.