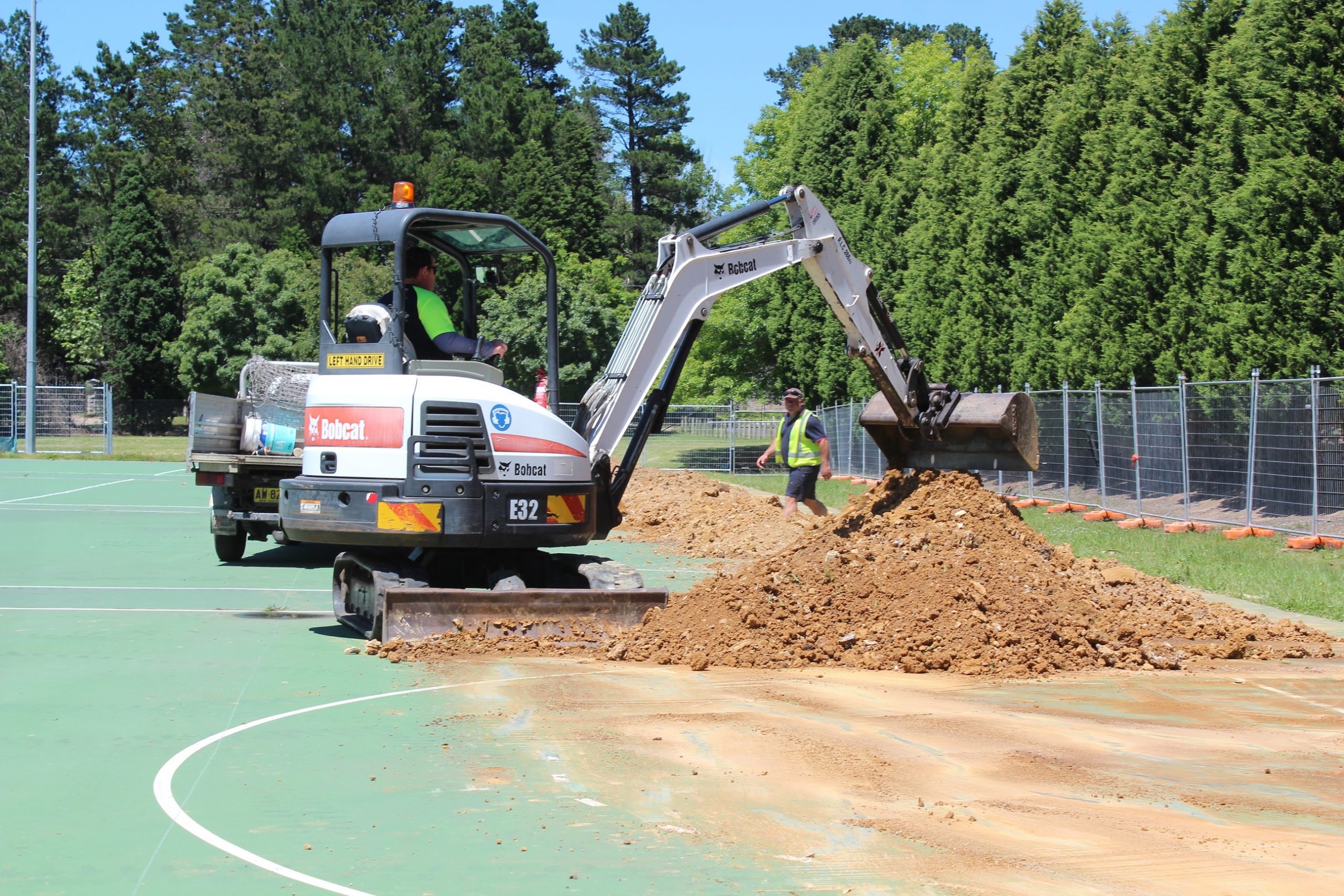 The Eridge Park Netball Courts are set to be refurbished following joint grant submissions by the Southern Highlands Netball Association (SHNA) and Council.

Wingecarribee Shire Mayor Duncan Gair said the refurbishment would be funded via a combination of Australian Government and State Government monies.

“Council had already allocated funding to carry out repairs to the netball courts starting in the 2021/22 financial year,” he said.

“However, after the Netball Association secured funding via the NSW State Government they approached us to see if we could bring forward our schedule of works.”

Armed with their submission and report detailing the necessary court repairs, members of the SHNA contacted Council with their request.

“Councillors agreed that the court repairs should be undertaken as soon as possible and following approval from Council’s Finance Committee allocated $80,000 to help fast-track the repairs,” Mayor Gair added.

The funding from Council will be allocated from monies secured from the Australian Government’s Local Roads and Community Infrastructure Program.  A further $306,615 will be provided from the State Government’s Stronger Country Communities Fund whilst the remaining $80,000 has been met by the SHNA.

“This is a great example of all tiers of Government working together with our local community,” Mayor Gair said.

“The Southern Highlands Netball Association, including committee members, players and supporters, deserve full credit for securing the initial funding and for their subsequent submission to Council.

“Their successful submission and positive approach were key to this project being brought forward.

“And it’s because of their hard work and persistence that all netball players across the Shire will benefit.”

A total of four netball courts will be reconstructed and a further two courts resurfaced as part of the upgrades.

Repair works will include the construction of concrete courts, installation of new netball rings, laying of new court surface and line-marking.

Member for Wollondilly Nathaniel Smith MP said the refurbishments will ensure the community has a more enjoyable experience playing netball at the local courts.

“The NSW Government is committed to backing community projects that make a big difference to everyday lives,” Mr Smith said.

“Repairing the Eridge Park Netball Courts is exactly the kind of project that round three of the Stronger Country Community Fund was designed to deliver and I congratulate Wingecarribee Shire Council on their commitment to this important project.”

The upgrade of the Eridge Park Netball Courts is expected to conclude by the end of the year.