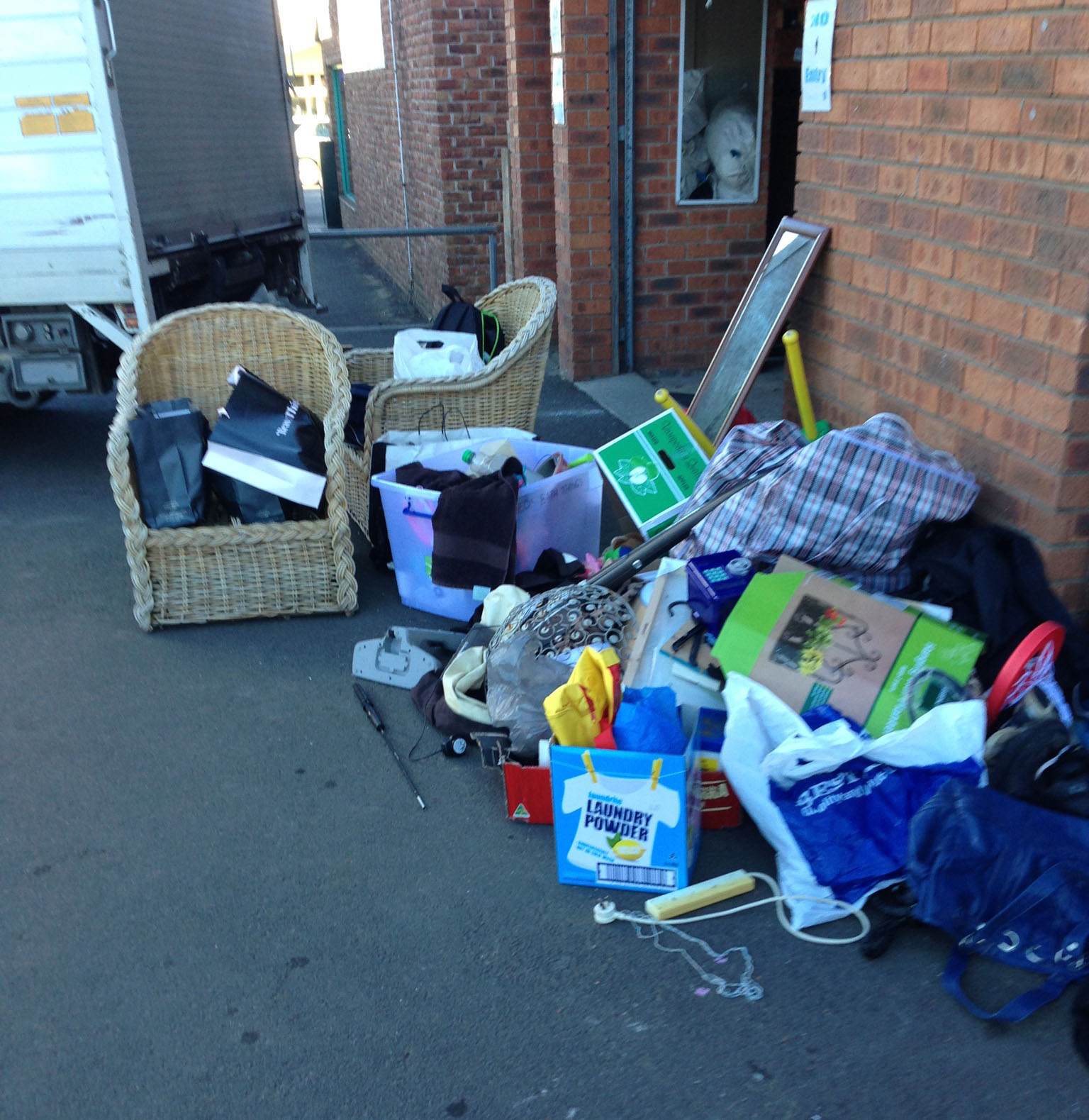 Wingecarribee Shire Council Rangers are seeking information regarding the recent dumping of used furniture outside the Mittagong branch of St Vincent de Paul.

“If anyone has any information we urge them to contact Council’s Rangers on phone 4868 0888.”

“It’s important to remember that charities can’t accept items that are soiled, damaged, broken or electrical,” Mr McGlynn said.  “Doing so only takes money away from the charities as they then have to fund the disposal.”

The lounge dumped was subsequently properly disposed of at a cost borne by the St Vincent de Paul.

The advice comes after a spate of recent dumpings outside Highland charities which has led all local branches of the St Vincent de Paul to install closed circuit cameras to monitor their premises.

Dumping unwanted articles outside a charity store or bin is not only illegal but offenders may be subject to an on-the-spot fine of $2000 up to a maximum penalty of $250,000.

Rewards are also offered for information leading to a prosecution or fine.

“Local charities play an important service in our community but unfortunately often pay the price when used as a lazy alternative to the responsible disposal of waste,” Mr McGlynn added.

“In the lead up to Christmas please make sure your donations count and don’t cost the charity.”