Domestic waste services back on track 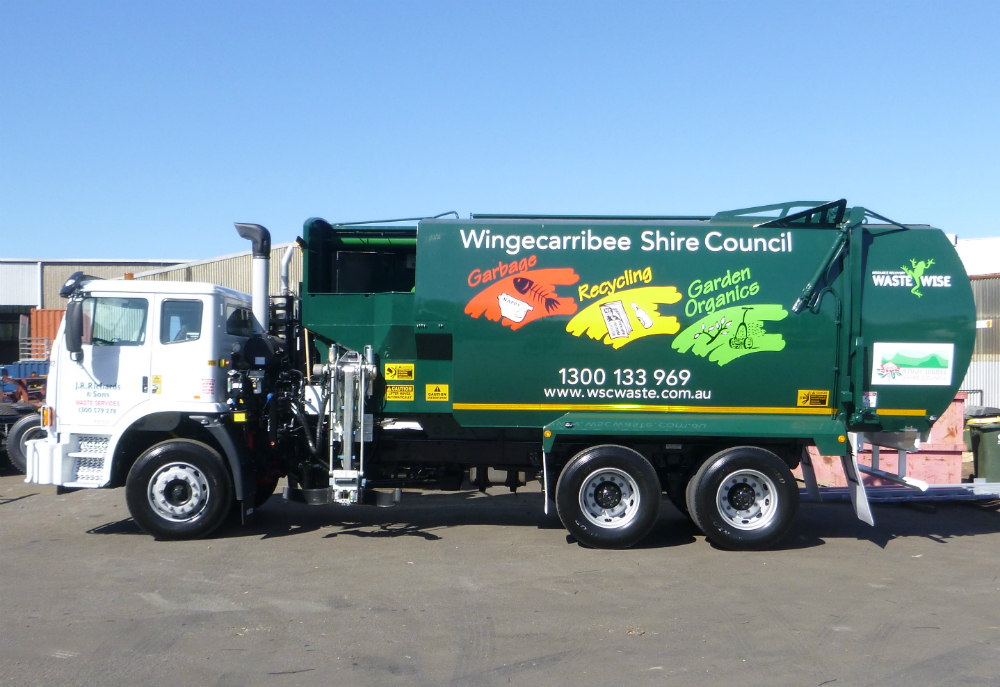 Initial garbage and recycling collections have already been undertaken in Bundanoon and Wingello shortly after local roads were re-opened in the villages on Monday 6 January 2020.

“Both the staff of Council’s RRC and our waste contractor JR Richards deserve a pat on the back for getting the garbage trucks back on the road so soon after the weekend’s fires,” he said.

Additional domestic collection services will be undertaken in these southern villages this Thursday 9 January to assist residents wishing to dispose of any additional waste.

Any residents who lost bins in the fires should contact Council on phone 1800 316 500 to organise replacement bins.

“The incident at the RRC on the weekend added to what was already a very stressful day,” the Mayor added.  “But a lot of people were instrumental in ensuring that the situation didn’t escalate.”

“First and foremost I’d like to thank the Rural Fire Service and the NSW Fire & Rescue for attending and controlling the situation so quickly.

“Thanks too to the staff of the RRC, the Reviva Centre and the adjacent Animal Shelter for acting so quickly and ensuring all the animals were safely evacuated and no buildings were lost.”

Council apologises for the inconvenience caused by the closure of the RRC and the disruption to Monday’s domestic green waste collection services and thanks residents in advance for their cooperation and patience.