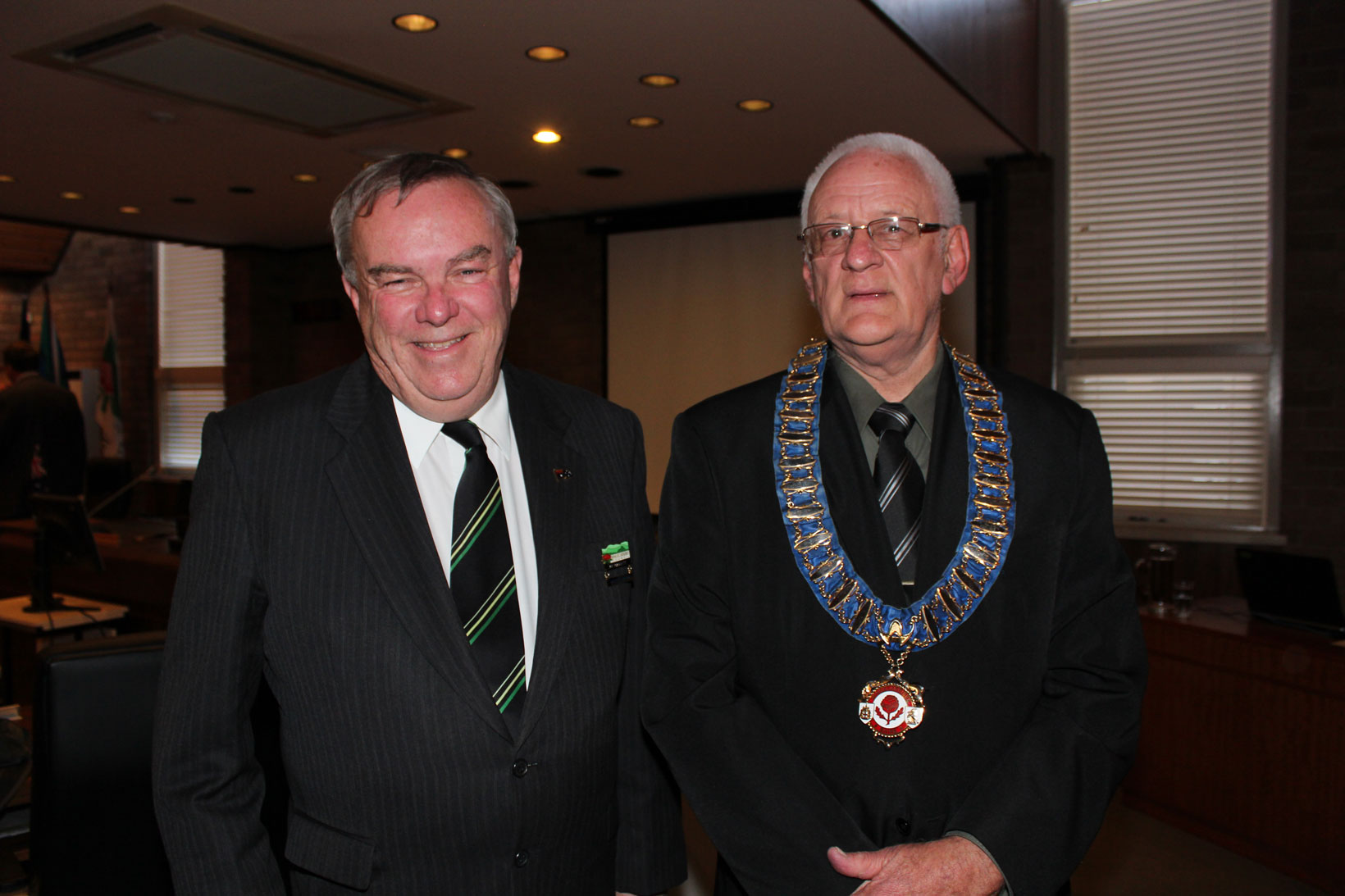 Councillor Ken Halstead was tonight elected as Mayor of Wingecarribee Shire by his fellow councillors.

“I’m extremely humbled to have been elected to again lead the Shire,” Councillor Halstead said.

“Wearing the Shire’s mayoral chains is a huge honour and a task I do not take lightly,” he said.  “I plan on being an inclusive and consultative Mayor.”

“I’d like to thank my fellow councillors for their vote of confidence and I look forward to working with them in the months ahead,” he said.

Mayor Halstead said he was also looking forward to the challenges in the years ahead.

As per directives issued by the NSW Minister for Local Government Paul Toole in August 2016, all mayors will now serve a minimum two-year term.

“My immediate area of focus will be to improve the relationship among councillors and ensure we work together towards common goals that will benefit our entire community,” he said.

“This includes delivering on our core promises of improved services and infrastructure right across our Shire.

“At the same time I also plan on representing and promoting this Shire, its natural beauty, its businesses and its citizens to the best of my abilities,” Councillor Halstead said.

“I’d like to take the opportunity to acknowledge Councillor Whipper for the stewardship he has shown over the past year,” he said. “His experience is invaluable and I know he will use his time on Council to continue to work for the betterment of our Shire.”

“I would also like to take this opportunity to congratulate Councillor Ian Scandrett on his election as Deputy Mayor,” Councillor Halstead added.

Councillor Halstead has served three terms on Council with the first in 1995 and the second in 2008.  His re-election as Mayor is also his third term in the position having last served in the top job in 2011.