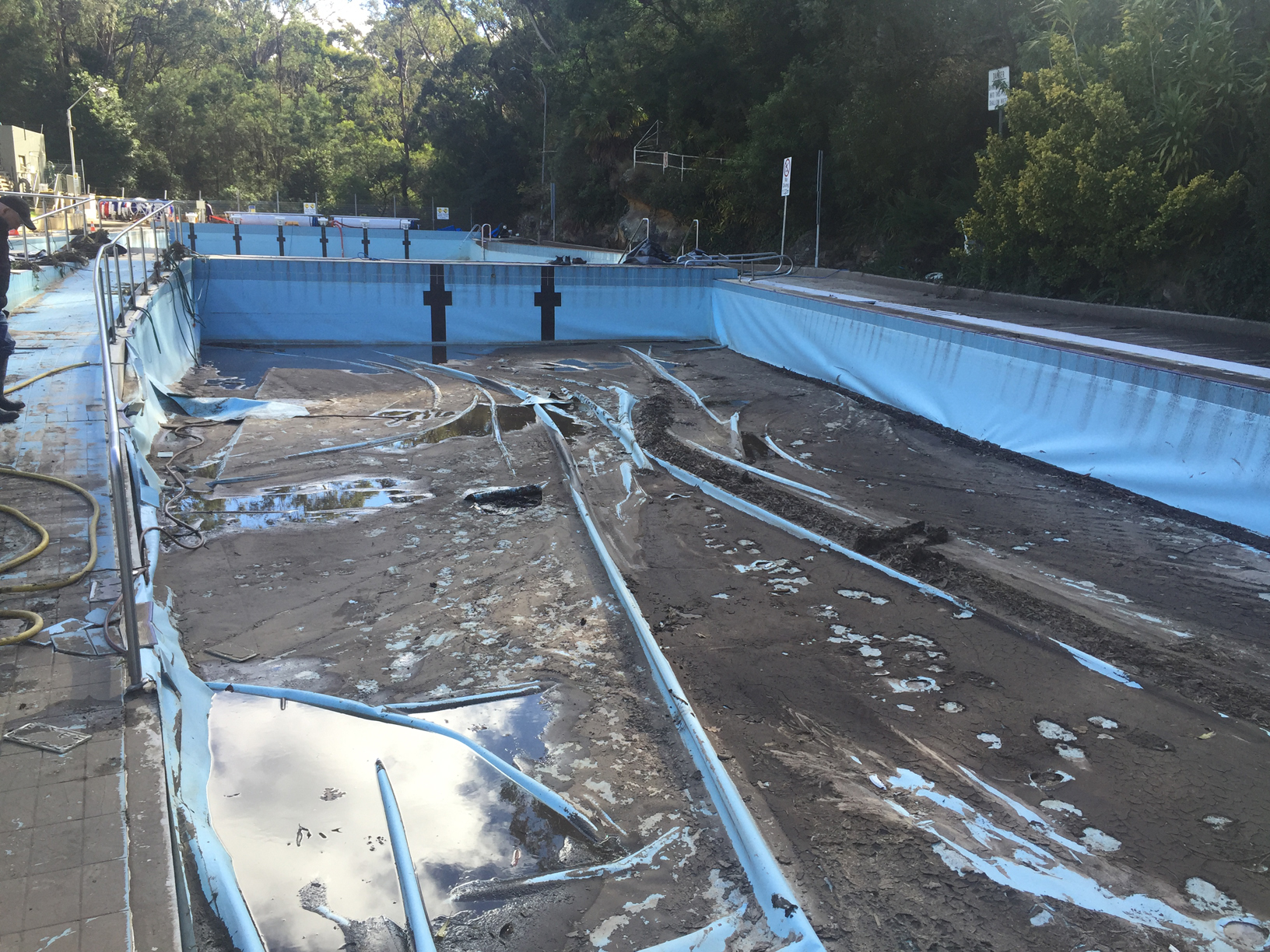 Councillors awarded the contract to Icon Building Group following a report evaluating tenders for the repairs to the Mittagong Swimming Centre at Wednesday evening’s Ordinary Meeting of Council.

At an earlier on-site visit Councillors were briefed on the extent of damage sustained to the centre as a result of last year’s East Coast Low Storm event whereby floodwaters penetrated under the base of the pools.

“It was clear after visiting the site that the damage sustained to Mittagong Pool was far more than cosmetic,” said Wingecarribee Shire Mayor Councillor Ken Halstead following the meeting.

“The entire base of the Learn to Swim Pool in particular has sustained severe structural damage.

“Another major challenge with the pool is that it was essentially built on the bed of the Nattai River by our forefathers 86 years ago,” the Mayor said.

As part of the repairs the floors of both the 50 metre pool and Learn to Swim pool will be removed and replaced.  Other actions required include repairs to the tiling, guttering modifications and the replacement of the entry and exit ladders.  A new barrier will also be constructed between the water toys and Learn to Swim pool.

Repair works are scheduled to begin in the coming weeks however no timeframes have been finalised nor has a re-opening date been confirmed.

“Tonight’s announcement not only reaffirms Council’s position to move forward and repair the pool as soon as practical, but also provides the residents of our northern villages with peace of mind,” the Mayor added.

“Council’s decision to award the contract to repair the pool is testimony to the importance we place on this historic and much-loved Highlands landmark.

“It is without doubt one of the most popular and arguably the most picturesque public pools in the Shire and I look forward to seeing it returned to its former glory.”

To keep up to date on the repairs and subscribe to project notifications visit www.yoursaywingecarribee.com.au/pools.