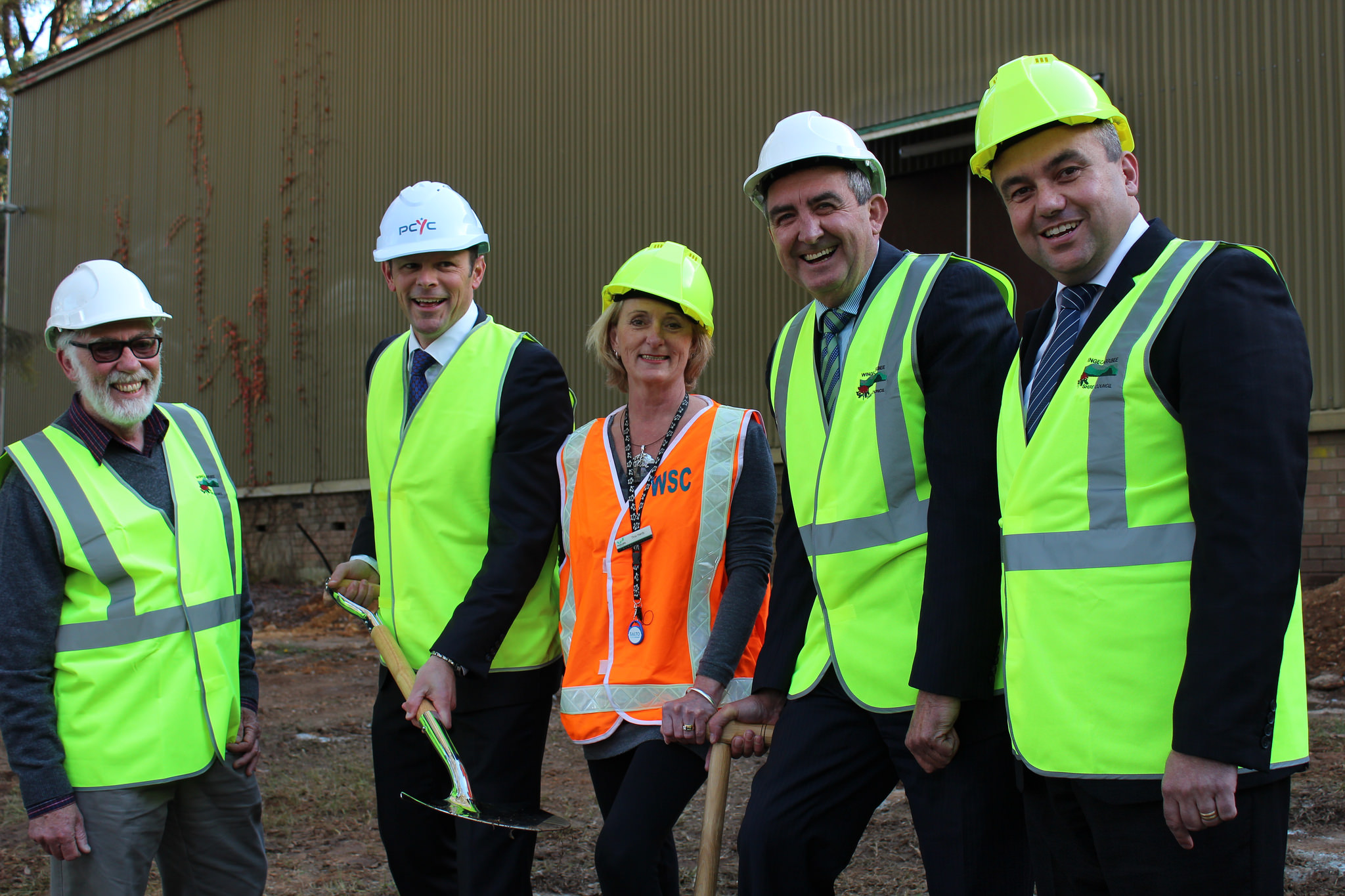 The first sod of the dedicated Police Citizens Youth Club (PCYC) for the Wingecarribee and Wollondilly Shires will be turned on Wednesday 20 May following a further commitment of $450,000 by PCYC NSW.

The official sod-turning marks the start of construction and is the latest development in a long-running campaign by both Wingecarribee and Wollondilly Councils to establish a permanent PCYC base for the Shires youth.

“This announcement has been almost twenty years in the making,” said Chair of the combined Wingecarribee and Wollondilly PCYC Working Group, Councillor Larry Whipper.

“We’re extremely excited by this latest development which has had full support from both Councils and the local Wollondilly and Wingecarribee Aboriginal communities since first proposed all those years ago.”

The start of construction on the joint PCYC located adjacent to the Mittagong Recreation Centre was made possible by a further contribution of $450,000 by PCYC NSW.

Total contributions towards the regional project by PCYC NSW now total $850,000 with an additional $150,000 being contributed via from developer contributions paid by Urban Growth NSW through the nearby Renwick development.

“A project of this size was always going to need collaborative support,” he said.

“We wouldn’t be celebrating this latest milestone if it weren’t for the support of both Wollondilly Shire Council and PCYC NSW who have been on board from the start of this project,” Councillor Gair added.  “So too should it be said of the State Member for Wollondilly, Jai Rowell MP who has also been a strong advocate of this facility since taking office.”

“Having the Member for Wollondilly endorse this project also validated the hard work that was carried out by the entire PCYC Working Group,” he said.

“And having community members from both Local Government Areas, Bowral Police, councillors and staff from both Councils involved also helped press our case to the State Government.

“Whilst there was no doubt it was a collaborative project, the energy demonstrated by Inspector Anthony McLean from the Hume Local Area Command and community representatives Simon Taufel, Chris Alleyn and Leah Rossteuscher was instrumental in us reaching this milestone,” Mayor Mitchell added.

“It’s definitely been worth the wait.”

The Member for Wollondilly, Jai Rowell MP said the start of construction signalled the light at the end of the tunnel for the youth of both Shires.

“After almost two decades, the young people of our region will soon be able to engage in a variety of safe and healthy activities under the guidance of passionate role models in an alternate supervised venue,” he said.

“It’s a great outcome for all involved and I can’t wait for the official opening.”

Construction on the joint PCYC facility will commence immediately with work anticipated to be complete by the end of the year.

The official sod-turning and photo opportunity will take place at 2.30pm on Wednesday 20 May 2015 on site at the Mittagong Recreation Centre, Old Hume Highway.