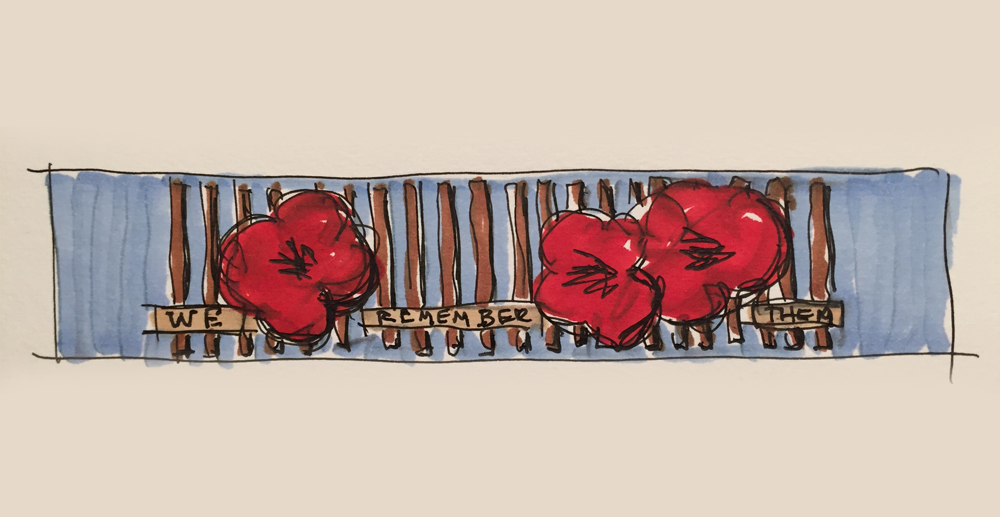 Artist Thomas Bucich self-titled work ‘WE REMEMBER THEM’ has been chosen as the successful design to adorn the Moss Vale War Memorial Aquatic Centre.

“The brief was to create a permanent mural honouring the men and women of our Shire who served a century ago in the Great War,” Ms Kena said.   “And we think Thomas’ work does an amazing job capturing this spirit.”

Mr Bucich, who has a studio in the Southern Highlands, said the memorial is a sculptural collage of elements that metaphorically represent the lives of the men and women who served, the area they lived in; while relating to the community who actively use the building.

“I’m so excited and honoured to win this competition and can’t wait to get started,” he said.

“The overall narrative of the work represents the human experience of war.

“The over-scaled symbolic elements stand as metaphors to the human condition of all those who served as soldiers, volunteers and the community that stood behind them,” Mr Bucich said.

The three physical elements of the work are reclaimed timber railroad sleepers, large enamel poppies and the words WE REMEMBER THEM carved in sandstone.

The mural will be located on the interior northern wall of the Moss Vale War Memorial Aquatic Centre and on completion will measure almost 20 metres in width by 2.5 metres in height.

The artwork was chosen by an Assessment Panel which included members of Council’s Arts and Culture Committee, community representatives, staff of Council and members of the Moss Vale RSL Sub Branch and the Berrima Museum.

“Importantly, the judges felt Thomas’ design would be easily understood by the young children who use the Centre who may not be aware of the pool’s original intent,” Ms Kena added.

“We can’t wait to see the finished project!”

Work on the giant art project will commence in the coming weeks and is expected to be unveiled in time for November’s Remembrance Day commemorations.

Artist Thomas Bucich hails from New York where he was classically trained at New York’s Arts Students League and Parsons School of Design.  He moved to Australia in 1990 where he began his Art and Design practice in Sydney. Today Thomas divides his time between his Northern Beaches and Southern Highlands studios where he works on a range of mediums including cast bronze, stainless steel, carved stone, paper and canvas.