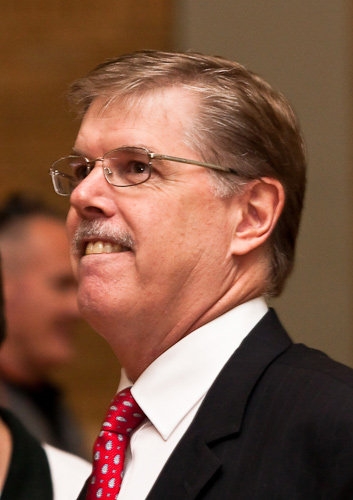 One of Australia’s most recognisable and respected sports personalities Mr Bob Turner is set to join Wingecarribee’s Australia Day celebrations this January as the Shire’s 2017 Australia Day Ambassador.

Best known for his basketball coaching and administration, Mr Turner is renowned throughout sporting circles for his marketing and management ability.

Originally from the United States, Mr Turner immigrated to Australia in 1976 to play basketball with Shoalhaven in the New South Wales Basketball League. He stayed, became an Australian citizen, and forged a highly successful career in sport.

Mr Turner’s personal success as a basketballer, coach, marketer and businessman combine to make him an authority on a variety of issues including team building, motivation, success and leadership.

His work with the Canberra Cannons and the Sydney Kings in developing marketing and sponsorship programs set the standard for the NBL during the early 1990’s.

Since then Mr Turner has been actively engaged as Head Coach, General Manager, Managing Director and part owner of four NBL teams and most recently was the driving force in the resurrection of the Sydney Kings.

Mr Turner has been developing BBall 4 All, a not for profit company focused on developing healthy, work ready youth.  Mr Turner has also joined CEO of Sportstek Academies and former Wallaby, Rod Kafer on the Sportstek Advisory Board in the role of Executive Chairman.

He has also joined forces with one of his other sporting passions, baseball, in building the profile of the Australian Baseball League and the Sydney Blue Sox.

Mr Turner said that given his strong links with the region he was particularly looking forward to partaking in Wingecarribee’s Australia Day celebrations.

As the Shire’s 2017 Australia Day Ambassador, Mr Turner will address the audience as part of the official Australia Day celebrations which starts from 9.30am at the Berrima Court House.  The program will also feature a Citizenship Ceremony and the announcement of the Shire’s Citizen and Young Citizen of the Year awards.

“Bob has carved out a reputation as one of the nation’s most successful basketball coaches and sporting administrators,” the Mayor said.

Wingecarribee Shire’s official Australia Day program starts at 9.30am on Thursday 26 January 2017 at Berrima Court House.  Celebrations continue with the grand parade at 12 noon.  Entrainment will continue until 4pm with rides, amusements and stalls.  Entry is free.