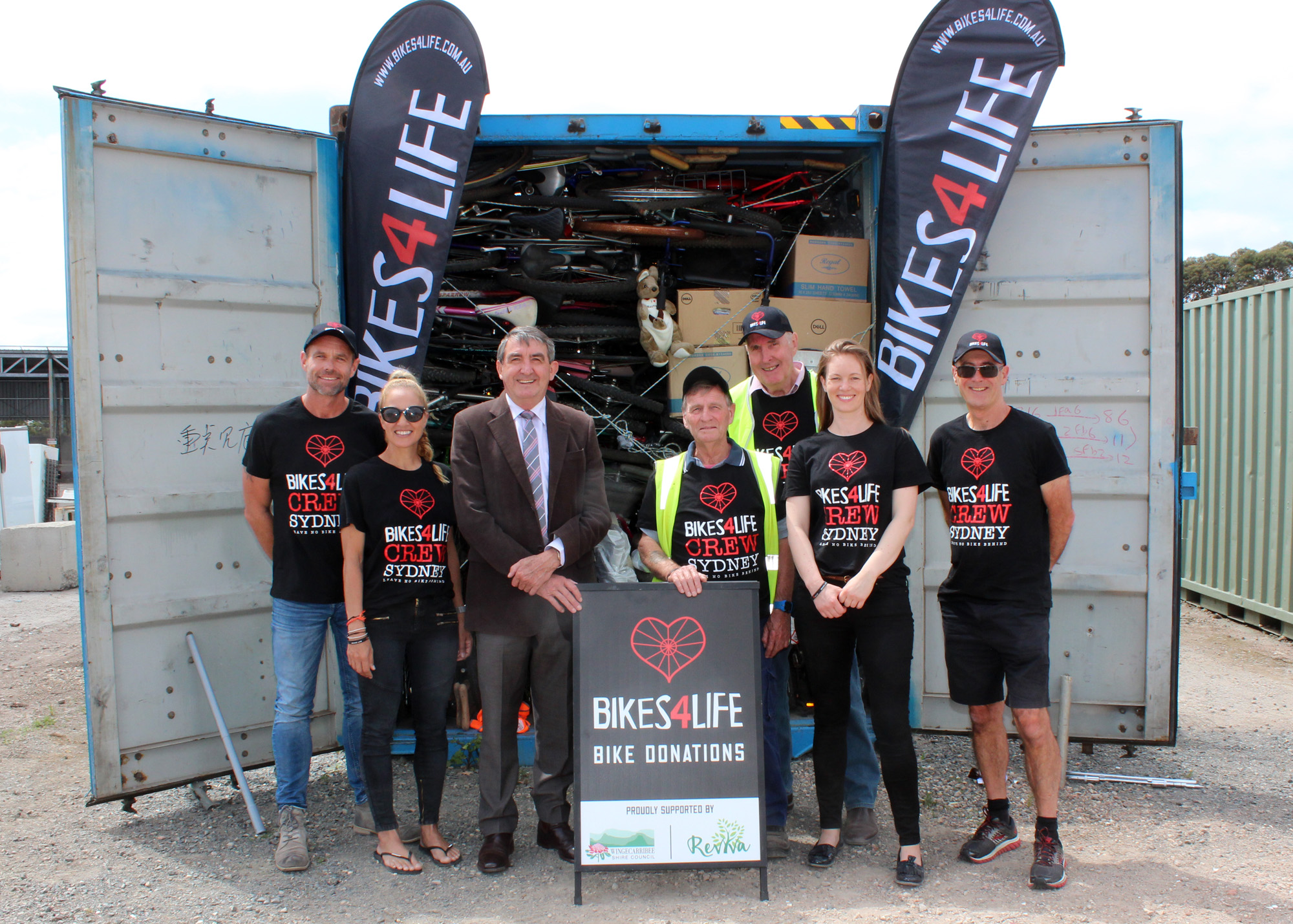 Disadvantaged school children in Myanmar are set to benefit from the generosity of Southern Highlands residents with the imminent arrival of a shipping container of refurbished bicycles.

Closing the door on the shipping container packed with hundreds of bikes was Wingecarribee Shire Mayor Councillor Duncan Gair and volunteers from Bikes 4 Life.

“This container is the culmination of a year’s work from the volunteers from Bikes 4 Life,” Mayor Gair said.

“It’s actually the second container load the team have restored this year and sixth in total to be shipped from Council’s Resource Recovery Centre.

On arrival in Myanmar the container will be transported to a local school established by Australian charity Hark Angel. The charity works with local communities in developing countries in building schools and helping children receive an education.

Councillor Gair said that in addition to helping the less fortunate the volunteers were saving hundreds of bicycles from being scrapped or crushed.

“It’s a truly wonderful effort and one that Council is extremely proud to be involved with,” he said.

Formerly known as Bicycles for Change, Bikes 4 Life is an Australian not-for-profit organisation whose purpose is to recycle bikes to provide to overseas communities in need. The local branch works out of Council’s Resource Recovery Centre.

Bikes 4 Life volunteer Hans Radowitz explained where the bikes would be used.

“Previous bikes have been shipped to villages in Africa where they were used to assist health care and education workers cover distances which would normally be travelled by foot,” he said. “This container load in particular is our first to be shipped to Myanmar and will be used by the children to ride to school.”

Since starting in 2010 Mr Radowitz and his fellow volunteers estimate they have restored almost 2,500 bicycles donated from across the Shire.

“I reckon I’ve repaired just about every make and model of bicycle there is,” he laughed. “But it’s the generosity of our Shire’s residents that still surprises us.”

“The amount of bikes donated to the Southern Highlands branch is amongst the highest in the country.”

“We’re not resting on our laurels and plans are already in place to fill another Council-sponsored container,” he said.

Bicycles and wheelchairs can be dropped off free-of-charge at Wingecarribee Shire Council’s Resource Recovery Centre during normal business hours.

Bikes 4 Life is a registered charity and incorporated association operated entirely by volunteers.