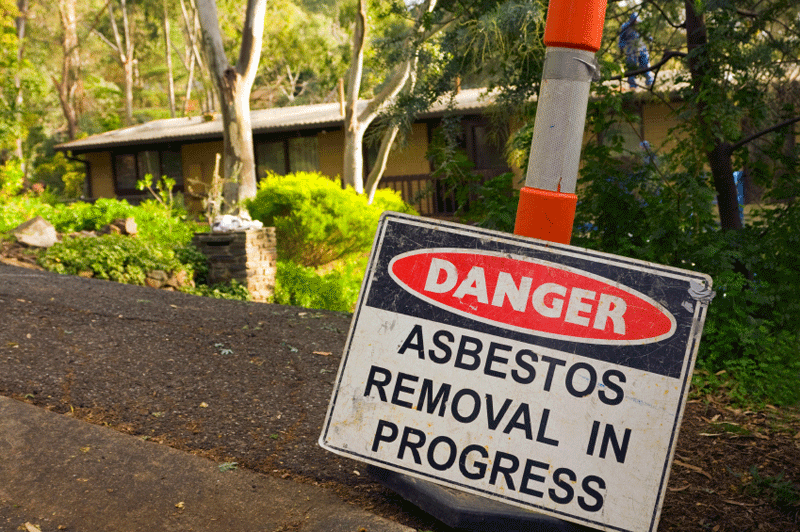 Friday 28 November is National Asbestos Awareness Day and Wingecarribee Shire Council is reminding home owners and renovators of the risks of asbestos.

“Asbestos was widely used in building materials up until the mid-1980s,” said Council’s Manager Environment and Sustainability, Barry Arthur. “Even though the manufacture and use of asbestos has been banned for over ten years, it can still be found in many houses across our Shire that were built up until this period.”

In NSW, the use of asbestos was discontinued in all fibro sheets and products in 1987. After this, asbestos continued to be used principally in friction products, for brake and clutch linings. The manufacture and use of asbestos products was banned nationally in Australia from 31 December 2003.

“In the past few years we’ve seen a real boom across the country in DIY and home renovations,” Mr Arthur said. “It’s particularly important for residents who are preparing to undertake any works on houses built up until this period to take the proper precautions.”

“Asbestos is the only known cause of mesothelioma and if tradies, handymen and DIYers release dangerous asbestos dust and fibres during renovations or in the demolition of homes containing asbestos, fibres can be inhaled increasing the risk of developing malignant mesothelioma or lung cancer,” Mr Arthur added.

Mesothelioma is a cancer that mostly affects the lining of the lungs and develops between 20 to 50 years after inhaling asbestos fibres. There is no cure and the average survival time after diagnosis is 10 to 12 months. According to the National Health and Medical Research Council, it is estimated that more than 25,000 Australians will die from mesothelioma over the next 40 years.

Just some of the home building products that were commonly made from bonded asbestos cement included fibro sheeting, water drainage and flue pipes, roofing shingles and guttering, even the backing of vinyl sheet floor coverings.

“With one in three Australian homes still containing asbestos in some form or another, there is still a very real and present danger people should take into account before undertaking renovations.”

These precautions also extend outside of the house.

“Property owners should also be mindful of accepting any fill onto their property that isn’t certified as clean fill,” Mr Arthur said. “Should any fill be deposited and later found to contain asbestos or contaminants, it will ultimately be the owner of the property responsible for cleaning the material up.”

“Asbestos doesn’t discriminate,” Mr Arthur added. “Be it male or female, tradie or project manager, if you’re anywhere near airborne asbestos fibres, then you’re putting your health and life at risk.”